Epidemiology and making sense of evidence 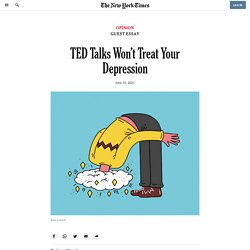 Take mind-set interventions, which are designed to shift people’s mind-sets from “fixed” (“I failed the test — I’m just stupid”) to “growth” (“I’ll do better next time if I work harder”). “For 30 years, my research has shown that the view you adopt for yourself profoundly affects the way you lead your life,” said Carol Dweck, the originator of that idea and a professor at Stanford, in her book “Mindset: The New Psychology of Success” (ideas she echoed in a TED Talk that has been viewed more than 12.5 million times). Perhaps better known is the implicit association test, which claims to be able to measure one’s level of implicit (or unconscious) bias via a brief computer test that involves comparing reaction time to different stimuli.

Studies purporting to offer simple remedies to serious problems have been hit particularly hard. Bias Is a Big Problem. But So Is ‘Noise.’ Noise causes error, as does bias, but the two kinds of error are separate and independent. 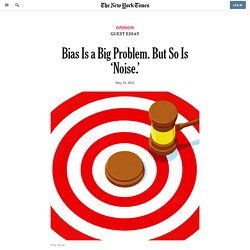 A company’s hiring decisions could be unbiased overall if some of its recruiters favor men and others favor women. However, its hiring decisions would be noisy, and the company would make many bad choices. Likewise, if one insurance policy is overpriced and another is underpriced by the same amount, the company is making two mistakes, even though there is no overall bias. The Arrogance of Public Health Advocacy. What are systematic reviews? GoToWebinar. Good news at last: the world isn’t as horrific as you think. Things are bad, and it feels like they are getting worse, right? 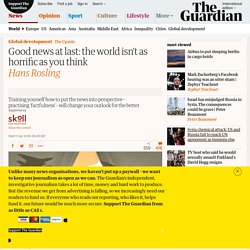 War, violence, natural disasters, corruption. The rich are getting richer and the poor are getting poorer; and we will soon run out of resources unless something drastic is done. To RCT or to not RCT. On the issue of “evidence” and public health.  – Sheffield DPH. This is a blog on “public health” and evidence. 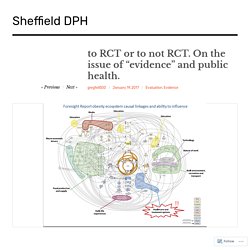 It’s a bit murky….and is a thorny issueThe blog is in 2 sections – interpreting evidence and generating evidence Context….complexity is difficult to reduce in evidential terms. America's 'virgin births'? One in 200 mothers 'became pregnant without having sex' The results of a long-term study of reproductive health, published in the British Medical Journal, have revealed that one in two hundred US women claim to have given birth without ever having had sexual intercourse. 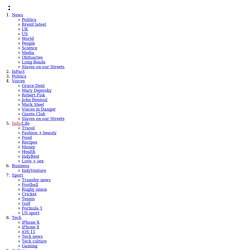 The findings were based on a study of 7,870 women and girls aged 15 to 28, as part of the National Longitudinal Study of Adolescent Health, which ran from 1995 to 2009. The Christmas issue of the BMJ reports that, of the women who took part in the study, 45 (0.5%) reported at least one virgin pregnancy, "unrelated to the use of assisted reproductive technology.

" In short, they claimed to have conceived - yet had not had vaginal intercourse or in-vitro fertilisation (IVF). The BMJ article notes that virgin births, or parthenogenesis (from the Greek parthenos for virgin and genesis for birth), can occur in non-humans as a consequence of "asexual reproduction, where growth and development of the embryo occurs without fertilization". Additional reporting by Reuters. Confounders, mediators, moderators and covariates – A blog about statistical musings. I recently put together some slides to explain mediators and mediation analysis to some people who knew slightly less than I did on the topic. 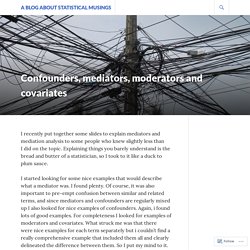 Explaining things you barely understand is the bread and butter of a statistician, so I took to it like a duck to plum sauce. I started looking for some nice examples that would describe what a mediator was. NEJM issues unusual warning for readers about 1980 letter on opioid addiction. This week, the New England Journal of Medicine issued a type of editor’s note we’ve never seen before, on a highly influential letter published nearly 40 years ago. 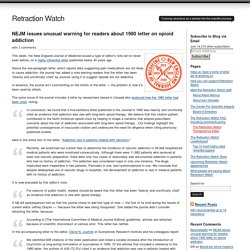 Above the one-paragraph letter, which reports data suggesting pain medications are not likely to cause addiction, the journal has added a note warning readers that the letter has been “heavily and uncritically cited” by sources using it to suggest opioids are not addictive. In essence, the journal isn’t commenting on the merits of the letter — the problem is how it’s been used by others. The same issue of the journal includes a letter by researchers based in Canada who analyzed how the 1980 letter had been cited, noting: In conclusion, we found that a five-sentence letter published in the Journal in 1980 was heavily and uncritically cited as evidence that addiction was rare with long-term opioid therapy.

Here is the entire text of the letter, “Addiction rare in patients treated with narcotics:” He added: A new resource that could change community and public health: Rochester Epidemiology Project’s Data Exploration Portal – Mayo Clinic News Network. ROCHESTER, Minn.— After celebrating its 50th anniversary in May 2016, the Rochester Epidemiology Project team is not stopping to rest. 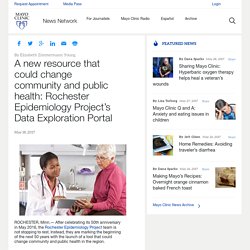 Instead, they are marking the beginning of the next 50 years with the launch of a tool that could change community and public health in the region. The Rochester Epidemiology Project’s new Data Exploration Portal places regional disease prevalence data at the fingertips of health care providers and researchers. It pulls from the database that includes nearly all health information for Olmsted County, Minnesota, residents back more than 50 years. What is public health. Back to top The Faculty defines public health as: The science and art of promoting and protecting health and well-being, preventing ill-health and prolonging life through the organised efforts of society. 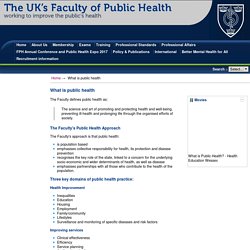 The Faculty's Public Health Approach The Faculty's approach is that public health: is population basedemphasises collective responsibility for health, its protection and disease preventionrecognises the key role of the state, linked to a concern for the underlying socio-economic and wider determinants of health, as well as diseaseemphasises partnerships with all those who contribute to the health of the population. Three key domains of public health practice: Health Improvement InequalitiesEducationHousingEmploymentFamily/communityLifestylesSurveillance and monitoring of specific diseases and risk factors Improving services Clinical effectivenessEfficiencyService planningAudit and evaluationClinical governanceEquity Health Protection. Basic epidemiology - Beaglehole. John Snow - a historical giant in epidemiology. The things most likely to kill you in one infographic. Humans are notoriously bad at assessing risk. 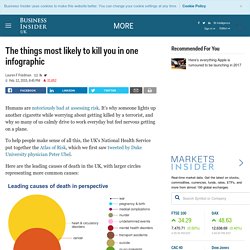 It's why someone lights up another cigarette while worrying about getting killed by a terrorist, and why so many of us calmly drive to work everyday but feel nervous getting on a plane. To help people make sense of all this, the UK's National Health Service put together the Atlas of Risk, which we first saw tweeted by Duke University physician Peter Ubel. Here are the leading causes of death in the UK, with larger circles representing more common causes: And the top risks leading to death: National Collaborating Centre for Methods and Tools. Hans Rosling: 'A kind and constantly curious genius' Hans Rosling was a kind and constantly curious genius. He was truly committed to the poorest people in this world, passionate about statistics and dedicated to communicating a fact-based worldview. His knowledge, virtuosity and humour infused his unique data visualisations with a life of their own, encouraging people around the world to engage with facts about population, global health and inequality that might otherwise have passed them by.

I first met him in his messy, overloaded office at Uppsala University in Sweden, where he was associate professor of internal medicine, in 1992. He showed me his now famous bubble graph on world statistics on handwritten overheads, and from that moment on he constantly provoked me to think and to become better. Take nobody's word for it – evidence and authority in a world of propaganda. ‘Nullius in verba’ – roughly, ‘Take nobody’s word for it’ – is the motto of one of the world’s oldest scientific societies, the Royal Society. It neatly expresses the ideal that the credibility of information derives from evidence, observational or experimental, and not from the innate authority of the source.

How statistics lost their power – and why we should fear what comes next. In theory, statistics should help settle arguments. They ought to provide stable reference points that everyone – no matter what their politics – can agree on. Yet in recent years, divergent levels of trust in statistics has become one of the key schisms that have opened up in western liberal democracies. Shortly before the November presidential election, a study in the US discovered that 68% of Trump supporters distrusted the economic data published by the federal government. In the UK, a research project by Cambridge University and YouGov looking at conspiracy theories discovered that 55% of the population believes that the government “is hiding the truth about the number of immigrants living here”.

Richard Smith: Epidemiology—big problems and an identity crisis. The Germans probably have a more precise word for it, but it’s close to schadenfreude as an outsider to watch a professional group agonise over who they are, whether they matter, whether their methods are adequate, and whether they are missing something important. I had this experience in Bristol last week as a gaggle of epidemiologists simultaneously celebrated the achievement of Shah Ebrahim and George Davey Smith in editing the International Journal of Epidemiology and are now retiring. BMJ readers will, unlike many members of the public, know the word epidemiology and that it’s something to do with studying disease in populations.

Indeed, in some fashionable quarters it’s being called “population health sciences.” As such, you’d think that epidemiologists have nothing to worry about because gigantic problems are arriving now with bigger ones on the horizon. A major pandemic is eight years away Deaths in England have increased by 9% But is it actually a problem, Dorling asked. Theconversation. Fewer people die in hospital at weekends, study finds.

How to. Study designs and concepts.