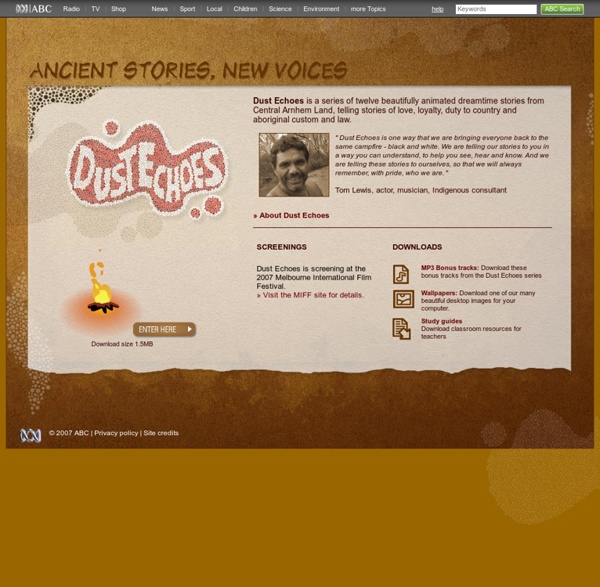 Famous Aboriginal people, activists & role models - Creative Spirits Why we need Aboriginal role models Apart from obvious reasons like inspiration, setting an example, or showing what is possible, there's a more opaque reason we need Aboriginal role models: the media. Journalists lack interest in reporting about Aboriginal achievers. "When you hear of some brilliant Indigenous person working in any of the professional sectors," says Jeff McMullen, a journalist himself, "the media turns away... The media needs to shift its message to an empowering one that gives individuals and families as a whole a sense of inclusiveness.” Read my tips for journalists. Who's missing? David Unaipon If you live in Australia, do you know that you're probably carrying a famous Aboriginal man in your wallet? Before the redesign in 2018, the 50-dollar note showed a couple standing in front of Raukkan Church. David Unaipon fact file Cathy Freeman Cathy Freeman is one of the most well-known Aboriginal Australians. Cathy Freeman fact file Neville Bonner Neville Bonner fact file

Henry Lawson: Australian writer Henry Lawson's life and background Portrait of Henry Lawson by Sir John Longstaff. Oil on canvas 41x30.5cm. Image courtesy of the : an20358241. was born on the goldfields in New South Wales on 17 June 1867. In Henry's early years, the family lived on a poor selection in the Mudgee district. His parents separated in 1883, and Henry moved to Sydney with his mother, . Colin Roderick , who published a biography of Lawson called , suggests that Lawson suffered from manic depression and sought refuge from his mood swings in alcohol. Henry married Bertha Bredt in 1896, and they had two children, but it was not a happy relationship and they separated in 1903. Henry Lawson and the Australian bush Much of Lawson's work was set in the , or was about bush life. This was also the time before , and Australians' allegiance was not to Australia, because it did not exist as an united entity as yet. Lawson and The Bulletin Lawson was first published in The Bulletin in 1887 with the poem . Useful links

Aboriginal history Barani Barani is an Aboriginal word of the Sydney language that means 'yesterday'. The Barani website examines the histories of people, places and events associated with Sydney's Aboriginal and Torres Strait Islander peoples. Visit Barani The first Sydneysiders Aboriginal peoples have always lived in Sydney . There are about 29 clan groups of the Sydney metropolitan area referred to collectively as the Eora Nation. Following the arrival of the First Fleet in 1788, the British encountered Aboriginal people around the coves and bays of Port Jackson. Despite the destructive impact of first contact, Gadigal culture survived. Sydney’s inner suburbs have long been a magnet for Aboriginal peoples seeking work opportunities, shelter and connections with community and family. There was a growing political activism within Sydney’s Aboriginal community over the 20th century, which led to the development of support systems and facilities for urban Aboriginal people. Barani: a living history Links

Australian Storytelling - Storytellers, Educational Stories, Articles, Storytelling Guild News, Story links in Australia, Storytelling Festivals Living Black on SBS Living Black returns for a new season on April 7 Tune in on SBS ONE on Mondays 5pm & NITV on Tuesdays 8pm for Indigenous stories that matter to all Australians, hosted by Karla Grant. Series 19 Finale: Greg Inglis Living Black host Karla Grant speaks with 2013 Dally M NRL Fullback of the Year, fashion designer, male model and mentor Greg Inglis. Watch the full episode: “In the end, to move forward in this country, it’s not black and white anymore it’s a multi-cultural country, so we always have to remember what happens in the past. Greg Inglis is an Australian Rugby League player for the South Sydney Rabbitohs of the NRL. Greg Inglis is a Dunghutti man from Kempsey NSW, but grew up in Bowraville, before moving to Newcastle at the age of 16 to follow his NRL dream.

General - Aboriginal Education - The Department of Education Aboriginal English & ESL Educational Resources Information Centre (ERIC)Free database of resources that may assist teachers with teaching ESL/D students. Details Aboriginal Parent Easy Guides Parent Easy Guides (or PEGs as they are affectionately known) bring simple, easy-to-read information on many of the issues faced by parents from birth through adolescence. Details Aboriginal Studies Virtual Library Links to resources in a variety of categories are suggested. Details Aboriginal astronomy - ABC Science ABC The Indigenous people of Australia have their own knowledge of the solar system which has been accumulated over many thousands of years. Details Australian Institute of Aboriginal and Torres Strait Islander Studies Promotes Aboriginal studies through research, publications, training, and the establishment and maintenance of cultural resource collections. Details Black Pages Details Bush Food Books that discuss surviving in the bush and how you can live off the land on bush tucker and water.

Learning log Two students share and compare their learning logs. Learning logs are a personalized learning resource for children. In the learning logs, the children record their responses to learning challenges set by their teachers. Each log is a unique record of the child's thinking and learning. The logs are usually a visually oriented development of earlier established models of learning journals, which can become an integral part of the teaching and learning program and have had a major impact on their drive to develop a more independent learner. Model support[edit] The importance of learners becoming aware of their own thought processes and gaining insights into the strategies they use to resolve problems, or overcome difficulties.[1] There is also critical need for students to become actively involved in the process of learning.[2] Use and scope of learning logs[edit] Closeup of a child's Learning log A child's learning log See also[edit] References[edit] Jump up ^ Blagg, Nigel (1991).

About Yolgnu | Nhulunbuy Corporation Yolngu Life – a Brief Overview Yolngu are Indigenous Australian people living in north-eastern Arnhem Land in the Northern Territory of Australia. Yolngu literally means ‘person’ in the language spoken by the people. Yolngu culture is among the oldest living cultures on earth, stretching back more than 40,000 years. It is still strongly maintained due to their relatively late contact with Europeans. Arnhem Land is an area of 97,000 km² in the north-eastern corner of the Northern Territory, Australia. About 5000 Yolngu live in North East Arnhem Land, mostly in the old mission centres of Milingimbi, Ramangining, Galiwin’ku, Gapuwiyak and Yirrkala, but many also choose to live in small homeland communities. Pre-European history Yolngu sustained good trade relations with Macassan fishermen for several hundred years. The Macassan respected the land as Yolngu land; they only ever camped on the beach, and generally avoided contact with Yolngu women. Law Ceremonies Kinship System Yolngu Food Groups