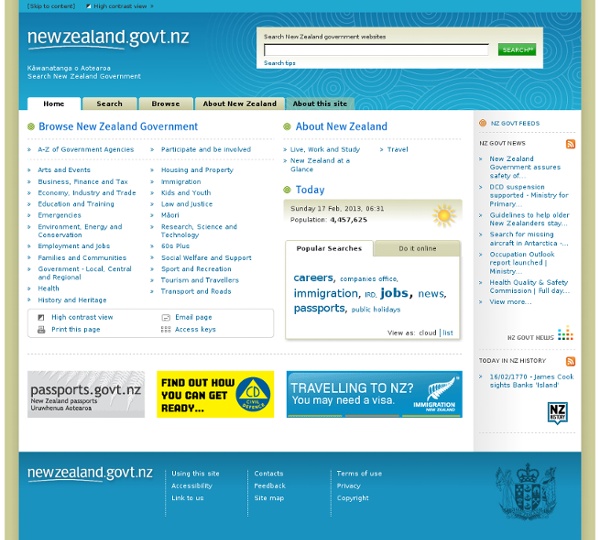 Shadow Cabinet of Australia The Shadow Cabinet of Australia is a group of senior Opposition spokespeople who form an alternative Cabinet to the government's, whose members shadow or mark each individual Minister or portfolio of the Government. Members of the Shadow Cabinet[edit] Outer Shadow Ministry[edit] Shadow Parliamentary Secretaries[edit] See also[edit] References[edit] Governments' IT projects needn't cost the world. Here's how we can do better | Malcolm Turnbull The man responsible for the UK government’s technology, Liam Maxwell, walks around with a very simple motto stickered onto his smartphone and Macbook: “What is the user need?” Maxwell is Her Majesty’s government’s chief technology officer but his outlook, attitude and clothes he wears are far closer to Steve Jobs than to Sir Humphrey. His job as part of the efficiency reform group – created in 2010 when the UK government was facing its largest deficit since the second world war – is to equip government departments with the right technology to deliver great digital services and to cut IT spending. Increasingly, the relationship between citizens and the government no longer happens at an MP’s office or a Centrelink bureau, but on a smartphone. But it is clear Australia is still a laggard in this area. The first area screaming out for reform is how the government buys IT software and hardware. Take online transaction systems. Consider organising a visit to a friend or a relative in prison.

Regional minister In England, regional ministers were appointed from 2007 on a part-time basis as part of the Government of the United Kingdom. Each minister had other departmental responsibilities, as well as specific responsibilities for one of the English regions. Their stated role was "to provide a clear sense of strategic direction for the nine English regions and to help strengthen their links with central government."[1] Background[edit] Regional ministers in England were first appointed by the incoming Prime Minister, Gordon Brown, on 28 June 2007, as part of his initial Government reshuffle. Responsibilities[edit] The Governance of Britain Green Paper, published in July 2007, provided the following objectives for regional ministers:[1] It also stated:[7] "There are a range of functions that Regional Ministers will undertake. Opposition[edit] Ministerial appointments[edit] The nine Government regions of England, as at 2010 References[edit]

WA Department of Health wasted $6 million on Fiona Stanley Hospital identity access management project The new Fiona Stanley hospital at Murdoch. Source: News Corp Australia THE West Australian Department of Health wasted $6 million on a project it didn’t know how to deliver or even whether it was viable, a review has found. Auditor General Colin Murphy’s report tabled in parliament today into the Fiona Stanley Hospital’s identity access management (IAM) project found the department missed early warning signs it could go wrong. The IAM was intended to provide authorised individuals access to hospital buildings and grant personnel anywhere, anytime access to the IT systems. Mr Murphy said the department did not prepare a business case to support its decision to invest funds in the IAM project when it started in 2008. It also did not insist that the successful vendor provide proof of concept to demonstrate that their system was viable and could deliver the required functionality. The project’s shortcomings included a lack of appropriate milestones to ensure that it was on track.