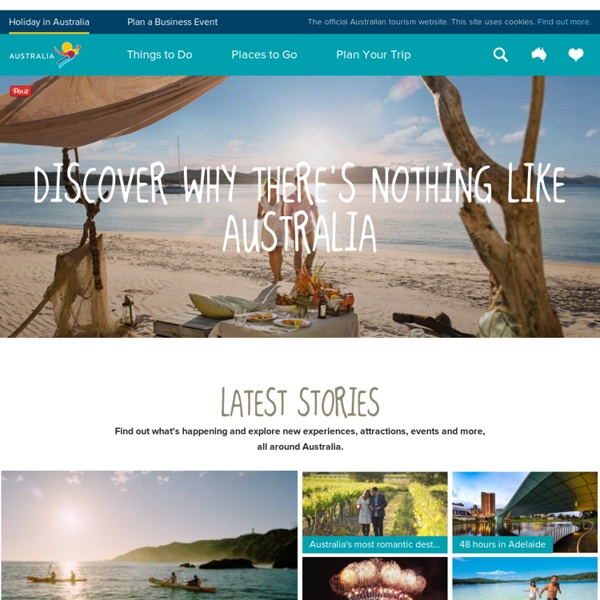 Australia country profile Australia ranks as one of the best countries to live in the world by international comparisons of wealth, education, health and quality of life. The sixth-largest country by land mass, its population is comparatively small with most people living around the eastern and south-eastern coastlines. The country's first inhabitants, the Aboriginal people, are believed to have migrated from Asia tens of thousands of years before the arrival of British settlers in 1788. They now make up less than 3% of Australia's 23 million people. Years of mass immigration after the Second World War heralded sweeping demographic changes, making modern Australia one of the world's most multicultural countries. In shaping its foreign and economic policy, Australia first looked to Europe and the US but in the last 20 years has developed stronger ties with Asia. Although Australia remains part of the Commonwealth, the future role of the monarchy has been a recurring issue in politics. Image copyright Getty Images

Bali Travel Guide, best of Bali Sydney - kidcyber Sydney is the largest city in Australia. About 5 million people live in the city and its suburbs. It is the capital city of the state of New South Wales. Sydney in Australia is built around beautiful Sydney Harbour. The city was named after Thomas Townshend, the first Viscount Sydney, who was an English politician involved in managing the colony of New South Wales. The city is run by a city council which is elected by the people of Sydney. The weather in Sydney is temperate which means it is rarely very hot or very cold. The first people to live in the area now known as Sydney were the Australian Aboriginal people, the Eora. The first European settlement in Australia was established at Sydney Cove in 1788 by Captain Arthur Phillip. Sydney: A brief timeline of European settlement and development 1788 – 2000 Each day thousands of people travel across the harbour by ferry to work in the city, arriving at Circular Quay. Sydney was the host city for the Olympic Games in 2000. If:

About Neue Galerie Neue Galerie New York is a museum devoted to early twentieth-century German and Austrian art and design, displayed on two exhibition floors. The second-floor galleries are dedicated to art from Vienna circa 1900, exploring the special relationship that existed then between the fine arts (of Gustav Klimt, Egon Schiele, Oskar Kokoschka, Richard Gerstl, and Alfred Kubin) and the decorative arts (created at the Wiener Werkstätte by such well-known figures as Josef Hoffmann, Koloman Moser, and Dagobert Peche, and by such celebrated architects as Adolf Loos, Joseph Urban, and Otto Wagner). Neue Galerie New York was conceived by two men who enjoyed a close friendship over a period of nearly thirty years: art dealer and museum exhibition organizer Serge Sabarsky and businessman, philanthropist, and art collector Ronald S. Lauder.

Australia Country Profile Australia Map / Map of Australia - Facts, Geography, History of Australia Australia whose name comes from the Latin word australis, meaning "southern", has a population of 23,480,939 and gained its independence in 1918. The initial inhabitants of Australia traveled here from far-southeast Asia, and from the Torres Strait islands. From their initial settlements in the north some 70,000 years ago, their individual lifestyles and cultural traditions eventually spread across this vast uncharted land. The first European exposure to Australia occurred in 1606, when the Dutch explorer, Willem Janszoon, sighted, then landed on the Cape York Peninsula. He found the area inhospitable and moved on. In 1688, on one of his three circumnavigations of the globe, William Dampier became the first British explorer to set foot on Australian land, coming ashore in Shark Bay. In the mid 18th century, Britain had an overcrowded prison population, and they required a new penal colony. They anchored at Port Jackson (Sydney Harbor) on January 26, 1788.

angloinfo Education in Australia is internationally recognised as being of a very high standard. Schooling is compulsory from ages five to fifteen and is the responsibility of state governments. Although the states each have their own education system, they all follow the same model and receive extra funding from federal government. Education for Foreigners in Australia The Australian government provides public schools that are free of charge to residents of Australia. As the school year (January to December) in Australia differs from many other countries, new arrivals to Australia should bring school reports and a reference from the previous school. More information on the Australian Education System from studyinaustralia.gov.au Overview of the Australian School System Education can start from aged three onwards, although this is not compulsory. There are state schools, fee paying private schools - generally run by religious institutions - and boarding schools. Local Education Departments

Australia Facts for Kids | Facts for Kids | Geography | Animals Australia Facts Australia for Kids Here are some interesting Australia Facts which were chosen and researched by kids especially for kids. Name: Commonwealth of AustraliaGovernment: DemocracyPopulation: About 25.5 million (2021)Urban Population: 90%Capital: Canberra with 462,000 people (2021)Language: EnglishUnemployment: 12%Currency: 1 Australian dollar ($) = 100 centsReligion: mainly ChristiansTimezones: 3National Symbols: Golden wattle (flower), opal (gemstone), green and gold (colours) and the Commonwealth Star (a seven-pointed star)National Animals: Kangaroo, emuNational Holiday: 26 January (Australia Day)National Anthem: Advance Australia Fair Australia GeographyAustralia Maps Australia is an island country in the Southern hemisphere and belongs to Oceania/Australia. Map of Australia Australia/Oceania is the smallest continent of the seven continents and although some consider Australia as the largest island in the world, Australia is commonly referred to as a country and a continent.