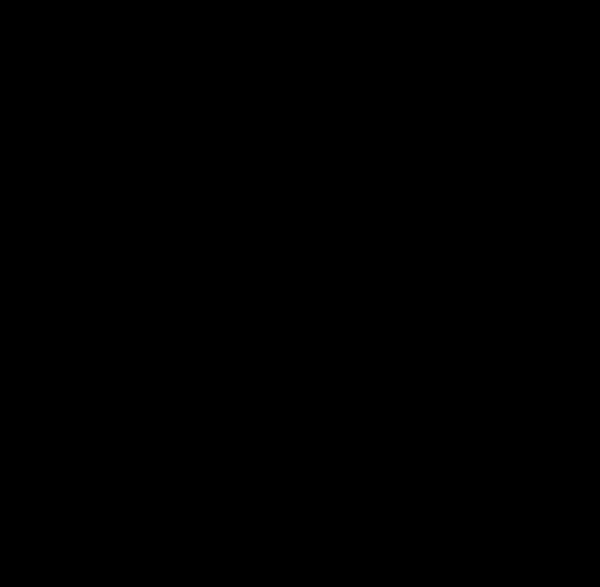 Australian Explorers and Exploration Home Our FREE ebooks Search Site Site Map Contact Us Reading, Downloading and Converting files Project Gutenberg Australia gratefully acknowledges the significant contribution of Sue Asscher in preparing many of the eBooks relating to Australian Explorers, which are available from this page. Australian Explorers, Discoverers and Pioneers (including exploration of Antarctica) Introduction The First Fleet of ships from England arrived in Sydney in 1788. When, in 1813, a way across the Blue Mountains was found, a wave of inland exploration was unleashed which continued for the next fifty years. A number of Project Gutenberg volunteers in Australia have transcribed these Australian exploration journals and most are now available at Project Gutenberg, including a a number of HTML versions, with illustrations and maps from the original publications. On this page: List of Australian land and sea explorers with links to their biographical details and their journals. From this site: ^Top of Page

Scholastic Pemulwuy Pemulwuy (c.1750–1802), Aboriginal warrior, was born near what was later named Botany Bay, on the northern side of the Georges River, New South Wales. His name (also spelt as Pemulwhy, Pemulwoy or other variations) was derived from the Darug (Dharug) word pemul, meaning earth. Europeans also rendered his name as 'Bimblewove' and 'Bumbleway'. From 1792 Pemulwuy led raids on settlers at Prospect, Toongabbie, Georges River, Parramatta, Brickfield Hill and the Hawkesbury River. To check at once 'these dangerous depredators', military force was used against Pemulwuy and his people. Pemulwuy's close escapes resulted in the Darug believing that firearms could not kill him. Pemulwuy was shot dead about 1 June 1802 by Henry Hacking. Pemulwuy's son Tedbury (d.1810), known as Tjedboro, also threatened colonists. Citation details J. This article has been amended since its original publication.

Torres Strait | Gab Titui The Torres Strait is Australia's northern-most frontier, stretching from the tip of Queensland to the southern shores of Papua New Guinea. There are over 200 islands scattered throughout the Torres Strait, and of these 17 are inhabited. The Torres Strait is 150 kilometres across and joins the Coral Sea to the east with the Arafura Sea to the west. Languages The following information is an excerpt from an article which appeared in Islander Magazine in May 2011 titled Many Languages One Voice by Torres Strait Islander linguist, Dana Ober. Kala Lagaw Ya KLY is the traditional language owned by the people of the Western and Central Torres Strait Islands, it is inherently related to the Australian Aboriginal languages and has four regional dialects: Mabuyag (Mabuiag, Badu and St Pauls Village) Kalaw Kawaw Ya (Saibai, Dauan and Malu Ki'ai) Kawrareg (Kubin & Kaiwalagal) Kulkalgaw Ya (Masig, Iama, Poruma and Warraber) Meriam Mir Mer dialect (Mer, Waier and Dauar) Erub dialect (Erub and Ugar) Links

Landings List | Australia on the Map A Timeline of unveiling Australia to the world Includes the ‘AOTM Landings List 1606 – 1814’ from Willem Janszoon* to Louis de Freycinet and Matthew Flinders. It is a datebase of concise information about landings on and sightings of Australian coasts from recorded vessels from 1606 to 1814 in chronological order. Flags denote the nationality of the ships’ country of origin. Modern flags are used. All vessels’ names are in italics. This ‘Landing List’ includes those navigators who made a recorded contact, including visual contact with Australia during the period, as well as some relevant landmarks in the mapping of Australia. * Surnames ( Family names) were relatively uncommon in 17th century Holland. Janszoon is pronounced like Yahns-zone with dialectic differences.

Bennelong Bennelong (1764?-1813), Aboriginal man, was captured in November 1789 and brought to the settlement at Sydney Cove by order of Governor Arthur Phillip, who hoped to learn from him more of the natives' customs and language. Bennelong took readily to life among the white men, relished their food, acquired a taste for liquor, learned to speak English and became particularly attached to the governor, in whose house he lodged. In December 1792 he sailed with Phillip for England where he was presented to King George III. His wife, Barangaroo, bore him a daughter named Dilboong who died in infancy. His age, at the time of his capture, was estimated at 25, and he was described as being 'of good stature, stoutly made', with a 'bold, intrepid countenance'. Bennelong also had a son who was adopted by Rev. Citation details This article has been amended since its original publication.

Miriwoong calendar - Indigenous Weather Knowledge - Bureau of Meteorology Miriwoong The Miriwoong calendar has three major seasons, covering the hot, wet, and cold times of year. The land of the Miriwoong and Gajirrabeng people covers a wide area with Kununurra being the heart of Miriwoong land. Permission to share this knowledge has been granted by the Mirima Council. Go to the Mirima Dawang Woorlab-gerring Language and Culture Centre website for more information Visit the Mirima Dawang Woorlab-gerring Language and Culture Centre website Click to view the the interactive flash calendar Visit the Flash Calendar Developing the Miriwoong Seasonal Calendar by David Newry and K.J. Crocodile by Lucie Blom "Developing the Miriwoong Seasonal Calendar has been an important and engaging project for Mirima Dawang Woorlab-gerring and we are delighted with the outcome in the form of an interactive website which can also be used as an educational tool. In the words of Miriwoong elder Button Jones, "This is good for us. Jabiru stork by Lucie Blom David Newry, Knut J.

The Spanish quest for Terra Australis My Lord Captain Pedro Fernández de Quirós. Y.M. instructs and commandsthe Council of the Indies to give me dispatches to my entire satisfaction, so that the Viceroy of Perú can give me whatever I need to populate the Southern Territories where Y.M. has sent me. I always considered it true that the claims about the peoples I discovered and are yet to be discovered, my good faith and just petitions, would reach pious ears and motivate Y.M.’s Christian disposition to the greatness of these two liberal favours I humbly accept, and I thank Y.M. infinitely. I promise to devote my life to serve such a great mission with the same love and truth as I have done so far. Sir, the greatest good or evil for those territories and peoples stem from a good or bad beginning. The first one is about the greatness and riches of those lands with all the connections given to Y.M. That hidden part is a fourth of the whole Planet. They carve granite flutes, drums and varnished wooden spoons.

Google Maps The encounter Discover The first contact between Aboriginal people and colonists represented the clash of two fundamentally different cultures, each with their own set of rules. The cultural beliefs and values of each group were unknown to the other, and, without understanding and awareness of these differences, it was inevitable that misunderstandings would arise.As a class, view the clip and discuss Waruwi's reaction to the cow. Note the contrast between where Dan and Waruwi live and how Dan and Waruwi live. The clip displays differences in culture, principles of ownership and authority. First contact game To help students to appreciate the powerful influence of cultural background upon interactions between different cultural groups, play this game. 1. This simulation activity is an age-appropriate adaptation of the BaFa'BaFa' game originally created for the US Navy to increase the cultural awareness of its sailors while on overseas assignments. 2. 3. 4. Reflect 1. 2. 3. Download

Banbai calendar - Indigenous Weather Knowledge - Bureau of Meteorology Banbai calendar Banbai The Wattleridge Indigenous Protected Area covers 650 hectares of woodlands and forests on granite soils, home to an amazing diversity of plants and animals. The Banbai nation are the traditional owners of this country and fire is an important part of their way of life. Permission to host the Banbai seasonal calendar is granted by the Banbai Enterprise Development Aboriginal Corporation on behalf of the community. Thainburra una burranyen ngaia nyam ngenda dunga nguralami The members of the Banbai Nation would like to welcome you to learn about our country. Our vision for our country is that it is self-sustaining for future generations where our children learn cultural values (such as bush tucker and traditional practices) and understand what healthy country means. Select the Calendar image to show a printable PDF of the Fire and Seasons Calendar provided by Firesticks. Banbai seasons Navigate back up to the calendar overview with the links at the end of each season.

The Voyages Of Discovery, State Library of NSW Voyages of Discovery Intro Mapping the World MAPPING THE WORLD The process of cartography or map making has developed over thousands of years. Advances in mathematical sciences and navigation techniques increased the accuracy of territorial surveys, permitting explorers to reach distant and mysterious places. In the 16th and 17th centuries, these world maps became an important tool for imperial European powers to develop lucrative trade routes and extend their political influence beyond the equator. The Spanish and Portuguese were very active in expanding their empires in the 16th century, followed closely by the Dutch who made important discoveries in the Pacific regions in the 17th century. Imaginary Voyages IMAGINARY VOYAGES AND UTOPIAS A long held fascination with the undiscovered Southern Continent inspired authors to imagine and write about this mythical land. Italian Giovanni Botero (1540-1617) was one of the many writers inspired by this uncharted region. The Spanish THE SPANISH QUEST

TWELVE CANOES is a website and twelve linked short video stories, including photographs, art pieces, and music files, that depicting the people, culture and place of the Yolngu people whose homeland is the Arafura Swamp of north-central Arnhem Land in the Northern Territory. by mariannenicholas Mar 11