Indigenous Languages. 10 Things Teachers Should Never Do When Teaching Native Kids. The Missing Native Vote. This post first appeared at In These Times. 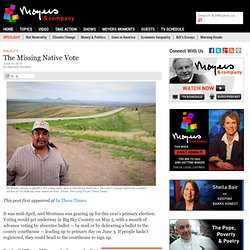 Indigenous peoples hold sustainable solutions to environmental crises. An Andean woman carries a local grass for making ropes to be used in the construction of the Qeswachaka hanging bridge in Cuzco, Peru on June 11, 2010.REUTERS/Enrique Castro-Mendivil Any views expressed in this article are those of the author and not of Thomson Reuters Foundation. 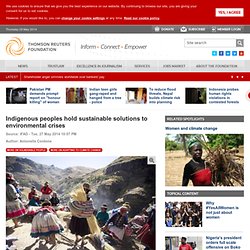 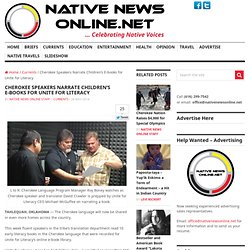 New Discovery Confirms Native American Views on Their Ancestry. The discovery and scientific examination of one of the oldest human remains found in the Americas confirms what Native people have known all along, that they are the original inhabitants of this hemisphere. 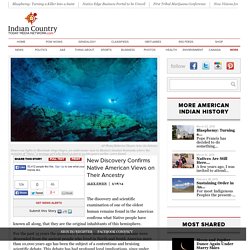 For the past 15 years the question of whether modern American Indians were descended from the ancient people who lived in North and South America more than 10,000 years ago has been the subject of a contentious and bruising scientific debate. This debate has had profound legal implications, since under the current laws in the United States, the custody and control of human remains is dependent on whether or not there is a relationship to a modern Indian tribe. 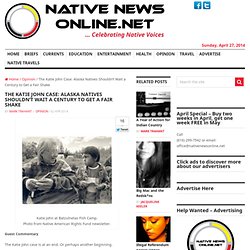 Guest Commentary The Katie John case is at an end. Or perhaps another beginning. First the background: The Supreme Court this week rejected the State of Alaska’s petition to review lower court rulings that affirm rules for subsistence hunting and fishing on federal land and navigable waters. American Indigenous Research Association. You are invited to present a paper or poster of your Indigenous Science Research work at the 2014 Meeting of the American Indigenous Research Association, to be held October 10-11 at Salish Kootenai College in Pablo, Montana. 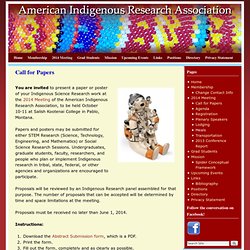 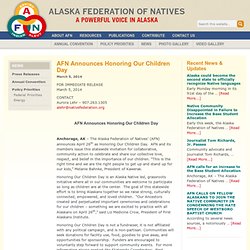 Drop the “Latino” and Re-Adopt the Indigenous Label: This is Our Idle No More Movement. Late last night, my father and I talked about how the ethnic term Latino mislabels Indigenous and mixed-Indigenous Mexicans, Ecuadorians, Puerto Rican, etc.. 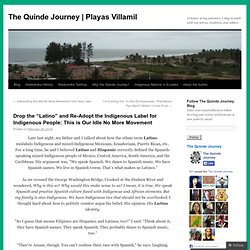 For a long time, he and I believed Latino and Hispanic correctly defined the Spanish-speaking mixed-Indigenous people of Mexico, Central America, South America, and the Caribbean. His argument was, “We speak Spanish. Drop the “Latino” and Re-Adopt the Indigenous Label: This is Our Idle No More Movement. “Reframing” Native Narratives: The Allure of Project 562. You’ve probably heard about Matika Wilbur by now (and if you haven’t, now is a good time to fix that!) 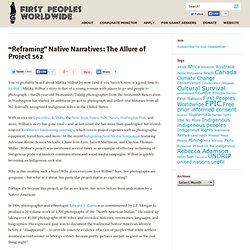 Matika Wilbur’s story is that of a young woman with places to go and people to photograph – the 28-year-old Swinomish/Tulalip photographer from the Swinomish Reservation in Washington has started an ambitious project to photograph and collect oral histories from all 562 federally-recognized Indigenous tribes in the United States. With stories on Upworthy, ICTMN, the New York Times, NBC News, Huffington Post, and more, Wilbur’s story has gone viral – and at last count she has more than quadrupled her crowd-sourced Kickstarter fundraising campaign, which covers project expenses such as photographic equipment, travel fees, and more. “Reframing” Native Narratives: The Allure of Project 562. Bill making 20 Alaska Native languages official advances - Fairbanks Daily News-Miner: Alaska News.

JUNEAU, Alaska - Amid cheers and clapping from spectators in a packed room, the House Community and Regional Affairs Committee advanced a bill symbolically making 20 Alaska Native languages official languages of the state along with English. 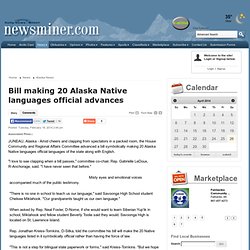 "I love to see clapping when a bill passes," committee co-chair, Rep. Gabrielle LeDoux, R-Anchorage, said. 'Choose Respect' and tribal sovereignty. Gov. Sean Parnell recently published an op-ed urging Alaskans to “Choose Respect.” It is insulting to domestic violence victims in Alaska when the governor’s use of that campaign slogan serves merely to distract from a set of policies, which would — if the governor is successful — make domestic violence worse for victims.

Updated Federally Recognized Tribes List Published. It’s called the Federally Recognized Indian Tribe List Act of 1994 and one of the things it does is mandate the Bureau of Indian Affairs to publish a list of federally acknowledged tribes each year. Accordingly, the BIA published a notice January 29 in the Federal Register announcing this year’s updated list.

What Really Happened at the First Thanksgiving? The Wampanoag Side of the Tale. What makes a good conference? Or: Why we loved ATALM in New Mexico. New publication offers view into Diné way of life.