Pretty to be Aboriginal' is not a compliment for Sasha

The Most Brutal Text Messages Ever Sent. Pic-Twitt.com. 'You're too pretty to be Aboriginal' is not a compliment for Sasha Sarago. Sasha Sarago has a diverse ethnic background. 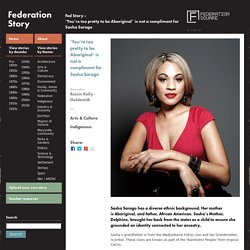 Her mother is Aboriginal, and father, African American. Sasha’s Mother, Delphine, brought her back from the states as a child to ensure she grounded an identity connected to her ancestry. Sasha’s grandfather is from the Wadjanbarra Yidinji clan and her Grandmother, is Jirrbal. These clans are known as part of the ‘Rainforest People’ from tropical Cairns. Different to what she learnt about colonisation at school, Sasha is reflective and careful to discuss the history of the first people on this land. Sasha Sarago hopes to empower women with a new magazine launching in October called Ascension. Grave excavation begins at Fla. reform school site. MARIANNA, Fla. 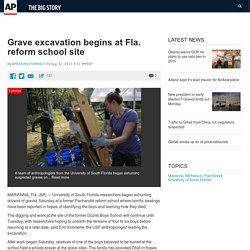 (AP) — University of South Florida researchers began exhuming dozens of graves Saturday at a former Panhandle reform school where horrific beatings have been reported in hopes of identifying the boys and learning how they died. The digging and work at the site of the former Dozier Boys School will continue until Tuesday, with researchers hoping to unearth the remains of four to six boys before resuming at a later date, said Erin Kimmerle, the USF anthropologist leading the excavation. After work began Saturday, relatives of one of the boys believed to be buried at the school held a private prayer at the grave sites. The family has provided DNA in hopes of finding a match with Robert Stephens. C. African Republic rebels accused of massacres. DAKAR, Senegal (AP) — The rebels invaded on stolen motorcycles at 5 a.m., shooting into the air to announce their arrival in the secluded village in Central African Republic. 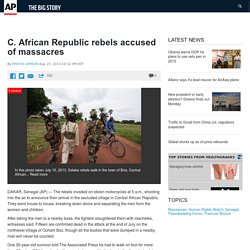 They went house to house, breaking down doors and separating the men from the women and children. After taking the men to a nearby base, the fighters slaughtered them with machetes, witnesses said. Fifteen are confirmed dead in the attack at the end of July on the northwest village of Ouham Bac, though all the bodies that were dumped in a nearby river will never be counted. One 30-year-old survivor told The Associated Press he had to walk on foot for more than 20 miles (35 kilometers) with a machete wound to the head after the rebels stole his motorcycle as he lay bleeding on the floor of his thatched hut.

Email It is ultimately only our own thoughts that hurt us. 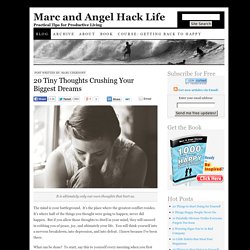 The mind is your battleground. It’s the place where the greatest conflict resides. It’s where half of the things you thought were going to happen, never did happen. But if you allow those thoughts to dwell in your mind, they will succeed in robbing you of peace, joy, and ultimately your life. What can be done? “I’m letting go of all the negative feelings, fears and thoughts from yesterday. And then practice what you preach.

Because truthfully, there is so much about your fate that you can’t control, it makes no sense to neglect all the things you CAN control. And most importantly, you can choose your thoughts, which dictate pretty much everything else. Train your mind to see the good in everything. In other words, you are what you think. Here are twenty thoughts it’s time to change: “My dreams and goals can wait.” – Live a life you are proud of. The floor is yours… Truth be told, it is ultimately only our own thoughts that hurt us. This Is Scientific Proof That Happiness Is A Choice. One theory in psychology research suggests that we all have a happiness "set-point" that largely determines our overall well-being. 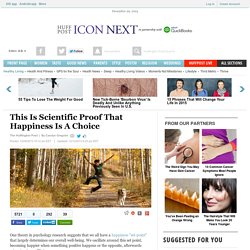 We oscillate around this set point, becoming happier when something positive happens or the opposite, afterwards returning to equilibrium. But this set-point, to a certain extent, can be reset. Although our general mood levels and well-being are partially determined by factors like genetics and upbringing, roughly 40 percent of our happiness is within our control, according to some experts, and a large body of research in the field of positive psychology has shown that happiness is a choice that anyone can make.

As psychologist William James put it, “The greatest discovery of any generation is that a human can alter his life by altering his attitude. " Here are eight ways you can take control of your own happiness. Simply try. With some outliers aside, a person’s ability to perform complex mathematical calculations may derive not necessarily from innate intelligence but from methodical practice. 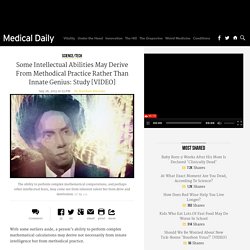 Success to a large extent depends upon opportunity and drive, rather than the deus ex machina of “genius,” as both thinkers would have it. In this new study, British researchers put one such outlier, Yusnier Viera, under the microscope. As the man known as the “mental calculator” performed arithmetical tasks that were either familiar or unfamiliar to him, his brain appeared not much different than anyone else’s while observed with functional magnetic resonance imaging. “This is a message of hope for all of us,” study co-author Natasha Sigala, told reporters in a statement.