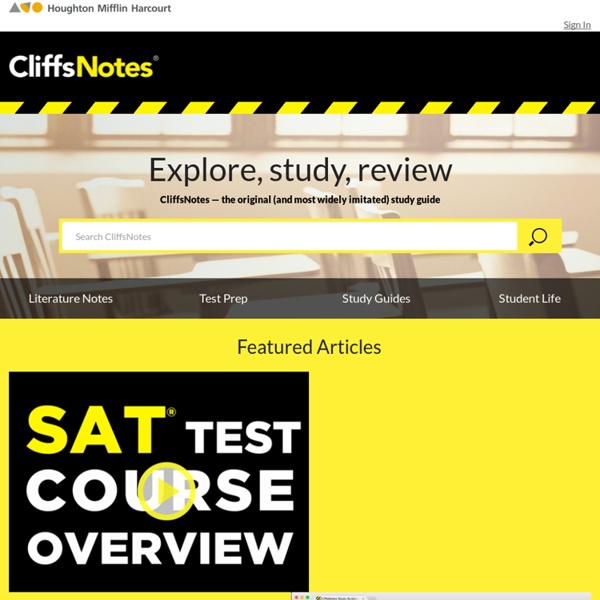 Spanish Preterite This is where the past tense comes in. The past tense will enable you to talk about events in the past, actions that started and ended in the past, and actions that started in the past and continue up until now. There is more than one past tense in Spanish. The two most common past tenses are the preterite and the imperfect. Get used to these terms! Descriptive Writing More than many other types of essays, descriptive essays strive to create a deeply involved and vivid experience for the reader. Great descriptive essays achieve this affect not through facts and statistics but by using detailed observations and descriptions. What do you want to describe? As you get started on your descriptive essay, it's important for you to identify exactly what you want to describe. Often, a descriptive essay will focus on portraying one of the following:

Subjunctive vs. Indicative - WEIRDO vs. SPOCK Overview The subjunctive is one of the three moods in Spanish, the other two being the indicative (actions, events, facts) and the imperative (commands). Moods reflect how the speaker feels about an action while a tense refers to when an action takes place. The subjunctive mood is used to express desires, doubts, the unknown, the abstract, and emotions, which is the opposite of the indicative mood which is used to express actions, events, and states that are believed to be true and concrete. Preterit tense forms (regular and irregular) and uses Overview The preterit tense (el pretérito) is one of several past tenses in Spanish and it is used to describe actions completed at one point in the past or that lasted a specific amount of time in the past and are now completed. The preterit is not used to describe habitual or continuous actions in the past with no specific ending or beginning. The imperfect tense is used for these instances. If the habitual action does have a specific beginning and end, the preterit can be used.

Descriptive/Narrative Writing To write a narrative essay, you’ll need to tell a story (usually about something that happened to you) in such a way that he audience learns a lesson or gains insight. To write a descriptive essay, you’ll need to describe a person, object, or event so vividly that the reader feels like he/she could reach out and touch it. Tips for writing effective narrative and descriptive essays: Tell a story about a moment or event that means a lot to you--it will make it easier for you to tell the story in an interesting way! Get right to the action! French Language Exercises . . . . . . . . . . . . (For information and Copyright notice, [click here] ). For comments, [click here] or send e-mail to: fms5@columbia.edu This is a facility for interactive drilling in French Grammar. The following is a list of available topics. To get to any of the topics (pages), click on the corresponding "link".

Spanish grammar lesson - Subjunctive - Explanation Introduction After all this time doing the word of the month we have eventually decided to tackle the thorny problem of the subjunctive. My Spanish is not too bad but I still have problems with it. After using the subjunctive of "Saber" in a complex sentence correctly I still feel as if I have passed through the linguistic equivalent of white water rafting. Before we published this we got Sole, our friend from the university of Granada to check our text to make sure we didn't "meter la pata" (slip up, make a mistake). What is the subjunctive? The Preterite past tense in Spanish The Preterite is the first past tense we'll learn. Up until now we can say that "I arrest you", "I am arresting you", and "I am going to arrest you." But now we will learn how to say "Last night, I arrested that guy." When do we use the Preterite Past Tense? The Preterite handles completed actions. In other words, you can say what Happened or what occurred.

Joe DiMaggio Baseball Hall of Fame Joseph Paul DiMaggio Born: November 25, 1914, Martinez, California Died: March 8, 1999, Hollywood, Florida Realfrench.net Demonstrative pronouns are the equivalent of the one in English, and have the forms celui, celle, ceux and celles in French. They are commonly used with –ci and –là to distinguish between different things. Demonstrative pronouns are the equivalent of the one in English or celui, celle etc. in French. The Present Subjunctive: When? - Spanish411 If you've made it this far, you're probably feeling pretty good about Spanish. You've learned a lot of vocabulary and know how to conjugate in the past, present, and future. You can understand and speak enough Spanish to get by. But all along a grammatical nightmare has been lurking in the shadows just waiting to jump out and make your life miserable: the subjunctive. The subjunctive can be a difficult, complicated, and non-intuitive concept for an English speaker.

In this article it talks about the Piaget stages, and while it does focus on that type of development, there is also a little bit that reflects on the Piagetian stages. In addition, the article talks about different vocabulary and jargon that is focused on the cognitive development of a child. This article stuck out to me, however, because it specifically talks about the development of memory and language. This is interesting to me, because I do wonder how children's language and memory forms and how. This article uses a lot of vocabulary, which is good for teachers and parents, but it might be a little bit difficult for others. Another aspect of this article that I thought was interesting, was that they didn't fully support Piaget's theory even though the article talked about that. When evaluating the theory they mentioned a few flaws, and did not put Piaget on a high pedestool. This article is very informative and a good insight. by crmcguff Feb 18

When you have completed your trip, please return here and take the quiz. Did you learn anything during your experience? by cgreynolds Apr 13