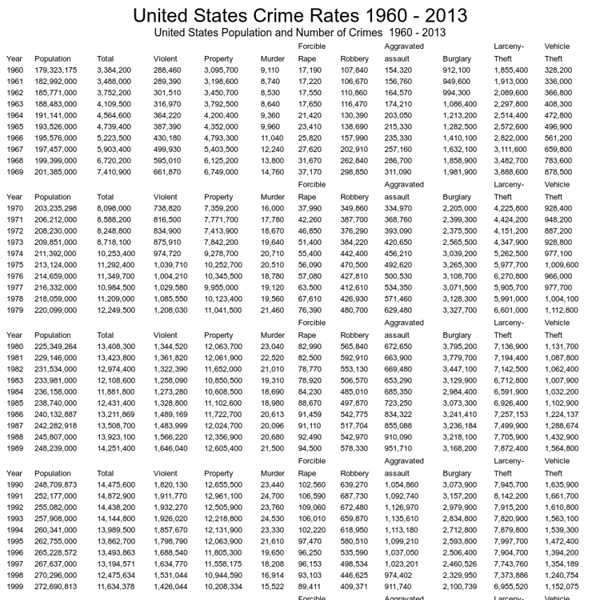 Occupational Violence - NIOSH Workplace Safety and Health Topic The magnitude of workplace violence in the United States is measured with fatal and nonfatal statistics from several sources. The Bureau of Labor Statistics’ Census of Fatal Occupational Injuries (CFOI) reported 14,770 workplace homicide victims between 1992 and 2012. Averaging over 700 homicides per year, the largest number of homicides in one year (n=1080) occurred in 1994, while the lowest number (n=468) occurred in 2011. From 2003 to 2012 over half of the workplace homicides occurred within three occupation classifications: sales and related occupations (28%), protective service occupations (17%), and transportation and material moving occupations (13%). The Bureau of Labor Statistics Survey of Occupational Injuries and Illnesses (SOII) reported an estimated 154,460 nonfatal occupational injuries and illnesses involving days away from work during the 2003 to 2012 time period. Grants awarded under the 2002 RFA were: Grants awarded under the 2008 RFA were:

America’s Productivity Climbs, but Wages Stagnate Photo FEDERAL income tax rates will rise for the wealthiest Americans, and certain tax loopholes might get closed this year. But these developments, and whatever else happens in Washington in the coming debt-ceiling debate, are unlikely to do much to alter one major factor contributing to : stagnant wages. Wages have fallen to a record low as a share of America’s gross domestic product. “We went almost a century where the labor share was pretty stable and we shared prosperity,” says Lawrence Katz, a labor economist at Harvard. Some economists say it is wrong to look at just wages because other aspects of employee compensation, notably health costs, have risen. Conservative and liberal economists agree on many of the forces that have driven the wage share down. “Some people think it’s a law that when productivity goes up, everybody benefits,” says Erik Brynjolfsson, an economics professor at the Massachusetts Institute of Technology.

Family Structure Helps Explain Difference in Violence Radley Balko's point about immigrants helping to make El Paso, Texas a safe city ("Notable & Quotable," July 9) is valid, but it doesn't go far enough in explaining why this might be so. Since the publication of the 2007 CQ Press survey that labeled Detroit the nation's "most dangerous" large city, I have worked with a group trying to identify the obstacles to significant crime reduction. El Paso, the third "safest" city in the survey, is about as poor and the people as undereducated as in Detroit. The most distinctive socioeconomic difference between El Paso and Detroit is the Texas city's far greater number of married couples as a percentage of total households: 48% versus Detroit's 24%. There was a time, not so long ago, when women in this predicament were called "welfare queens." These public policies have afflicted whites as well as blacks. Welfare reform in the mid-1990s moved in the right direction, but much more needs to be done. Lewis I.

Comp Clues: Predicting Workplace Violence | IWCI By: Gregory T. Hale, Ph.D., Psychologist March 2002 Gunshots recently sounded in a workplace in Northern Indiana. Sadly, the loss of two lives, and multiple injuries resulted from the actions on one employee. The consequences of workplace violence are serious and often life changing, not just for the individuals involved, but also for the workplace itself. Predicting workplace violence requires the identification of workplace factors which form the context of the behavior and personal factors directly affecting the employee. Workplace factors consist of factors likely to occur in the workplace. Personal factors such as alcohol use and abuse, a history of aggressive behavior, perceived low self-esteem, and the use of psychological aggression, exemplify the personal factors predictive of workplace violence. Assisting employers in better understanding high risk employees is obviously important so as to avoid the sad and horrifying consequences of violent actions in the workplace.

Workplace Violence Millions of workers experience violence or the threat of violence in their workplaces every year. These crimes range from physical assaults to robbery and homicide. Although the numbers of such crimes have significantly declined in recent years, workplace violence is the second-leading cause of occupational injury. In 2011, 458 workplace homicides occurred, a decrease from 518 in 2010 and 542 in 2009. Eleven percent of emergency nurses reported both physical and verbal abuse over a seven-day period—and 1 percent reported physical abuse—while 43 percent reported verbal abuse alone in the past seven days.[17] Of emergency room nurses who reported being victims of physical violence in the workplace, 62 percent experienced more than one incident of physical violence from a patient or visitor during a seven-day period.[18]

Census of Fatal Occupational Injuries Summary, 2012 For release 10:00 a.m. (EDT) Thursday, August 22, 2013 USDL-13-1699 Technical information: (202) 691-6170 - iifstaff@bls.gov - www.bls.gov/iif/oshcfoi1.htm Media contact: (202) 691-5902 - PressOffice@bls.gov NATIONAL CENSUS OF FATAL OCCUPATIONAL INJURIES IN 2012 (PRELIMINARY RESULTS) A preliminary total of 4,383 fatal work injuries were recorded in the United States in 2012, down from a revised count of 4,693 fatal work injuries in 2011, according to results from the Census of Fatal Occupational Injuries (CFOI) conducted by the U.S. Bureau of Labor Statistics. The 2012 total represents the second lowest preliminary total since CFOI was first conducted in 1992. The PDF version of the news release Table of Contents

untitled WASHINGTON - Children's viewing of violent TV shows, their identification with aggressive same-sex TV characters, and their perceptions that TV violence is realistic are all linked to later aggression as young adults, for both males and females. That is the conclusion of a 15-year longitudinal study of 329 youth published in the March issue of Developmental Psychology, a journal of the American Psychological Association (APA). These findings hold true for any child from any family, regardless of the child's initial aggression levels, their intellectual capabilities, their social status as measured by their parents' education or occupation, their parents' aggressiveness, or the mother's and father's parenting style. Psychologists L. Rowell Huesmann, Ph.D., Jessica Moise-Titus, Ph.D., Cheryl-Lynn Podolski, M.A., and Leonard D. Might these results simply be an indication that more aggressive children like to watch violent TV shows? Reporters: Lead author L.