Tony Robbins: Why we do what we do 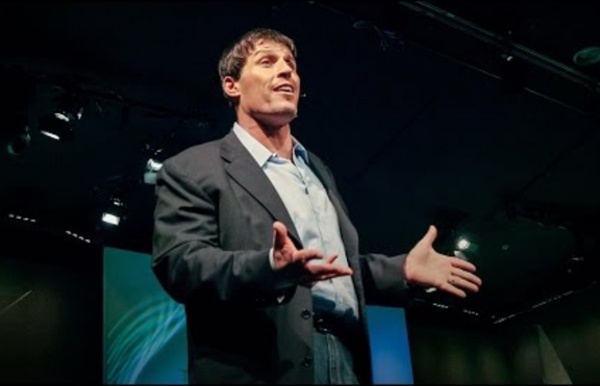 How to embrace the near-win: Sarah Lewis at TED2014 Sarah Lewis. Photo: Bret Hartman “In that moment, my view of success and creativity changed,” says Lewis. “I realized that success is a moment, but what we’re always celebrating is creativity and mastery. We often want the moment of completion, but what really propels us is the unfinished.” 8 math talks to blow your mind Mathematics gets down to work in these talks, breathing life and logic into everyday problems. Prepare for math puzzlers both solved and unsolvable, and even some still waiting for solutions. Ron Eglash: The fractals at the heart of African designs When Ron Eglash first saw an aerial photo of an African village, he couldn’t rest until he knew — were the fractals in the layout of the village a coincidence, or were the forces of mathematics and culture colliding in unexpected ways? Here, he tells of his travels around the continent in search of an answer. How big is infinity?

stories, analogies and fables for business, training and public speaking, wedding speeches, best man speeches home » amusement/stress relief » stories and analogies illustrations and analogies for motivation, inspiration, learning and training Here are stories, analogies, research findings and other examples that provide wonderful illustrations for learning, and inspiration for self-development. Read about the travellers and the monk, tickle me elmo, get in the wheelbarrow, the shoe box story, the scorpion and the frog, murphy's plough, Pavlov's dogs, the monkeys and the stairs, and more. Look at the stories index for stories listed by subject.

How to think positive WHEN A PERSON THINKS a negative thought and tries to get rid of it, that person is thinking positively negatively. Daniel M. Wegner of Trinity University in San Antonio, Texas, has conducted a long string of experiments that show the futility and actual danger of trying to get rid of thoughts. In some of the experiments, Wegner told his subjects, “Try not to think about a white bear.” The subjects were then asked to say aloud everything that came to mind. 12 pieces of advice for giving talks that have impact Courtney E. Martin hosts a session called “The 19th Minute,” and shared valuable insight on how to give a talk that has real impact. Photo: Marla Aufmuth/TED Sharing an idea isn’t like snapping your fingers — things don’t just instantly change. You Can Easily Learn 100 TED Talks Lessons In 5 Minutes Which Most People Need 70 Hours For The other week I watched 70 hours of TED talks; short, 18-minute talks given by inspirational leaders in the fields of Technology,Entertainment, and Design (TED). I watched 296 talks in total, and I recently went through the list of what I watched, weeded out the crappy and boring talks, and created a list of the 100 best things I learned ! This article isn’t entirely about productivity, but I guarantee you’ll learn a thing or two. Here are 100 incredible things I learned watching 70 hours of TED talks last week! Productivity 1.

How to Give a Stellar Presentation Speaking in front of a group — no matter how big or small — can be stressful. Preparation is key, of course, whether it’s your first or your hundredth time. From preparing your slides to wrapping up your talk, what should you do to give a presentation that people will remember? What the Experts Say Public speaking often tops the list of people’s fears. “When all eyes are on you, you feel exposed,” says Nick Morgan, the president and founder of Public Words and the author of Power Cues. “This classically leads to feelings of shame and embarrassment.” How to feel better now What makes you happy? I find directly pursuing happiness is difficult to do. Many times the things we think will make us happy fail to do so.

10 talks you won't be able to stop thinking about Now playing Here's a TED first: an animated Socratic dialog! In a time when irrationality seems to rule both politics and culture, has reasoned thinking finally lost its power? Watch as psychologist Steven Pinker is gradually, brilliantly persuaded by philosopher Rebecca Newberger Goldstein that reason is actually the key driver of human moral progress, even if its effect sometimes takes generations to unfold.