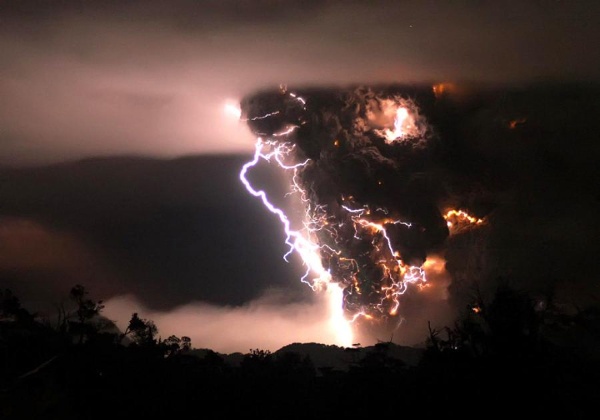 The 40 Best Selected Wallpapers from National Geographic Magazine No doubt National Geographic features unbelievable photography. The authors and photographers for National Geographic are one of the mainly diverse and dedicated people, and this is very clear in every periodical they discharge. From city to country areas, from the cultured to the most foreign to the most deserted of locations, from happy proceedings to catastrophic ones, from home to the expert life, and spiritual and beyond, these people cover almost every bit of in sequence of every feature of this world. The photographic as well as journalistic excellence of National Geographic is truly undeniable. 40 photos Pages: 1 2

Awesome Minimalist Disney Posters FTW Something about minimalist art just looks great on movie posters. Combine that with Disney movies and you get a whole new edge. You might think most of these posters are for some dark, avant-garde indie film, not a cute animated kid’s flick. Albino Animals — Animal Talk - StumbleUpon Birdwatchers are rushing to Avebury, near Marlborough, Wiltshire to hopefully catch a glimpse of a rare albino jackdaw. Author Andrew Collins was the first to photograph the bird which locals have named Jackie. Other fabulous albino animals include: According to Wikipedia there is no reported case of a true “albino” horse even though white horses have been referred to as albino in literature and some registries. Astonishing Collection of Artistic Underwater Photos Water is the universal solvent, it can dissolve almost anything in itself, including beauty, passion and art. Today, I’ll be focusing on the beauty, passion and art part. This is a collection of artistic photography taken under water, in oceans, rivers and anywhere in the waters. We have shared such conceptual photos previously, such as 30 Breath-Taking Underwater Portrait Photography and recently published Spectacular Examples of Ocean Life Photography but this post has a different flavor, it is garnished with my favorite spices; art and beauty. Let You Free by Kenvin Pinardy Jumping fishes… by Tina Terras

The eco artists turning trash into treasure In the "Waving Wall," designers and water crisis campaigners Bloo Nation highlight the considerable water footprint linked to the production of day-to-day goods like coffee, jeans and paper. Artist and photographer Mandy Barker has created a series of images, dubbed "SOUP," that highlight the mass accumulation of discarded plastic and debris in an area of The North Pacific Ocean known as The Garbage Patch. "The Ice Typography series consists of three-dimensional words fabricated in ice that speak to our relationship with the environment," says Canadian artits Nicole Dextras. "These frozen words absorb light, melt and eventually leave no trace ... They are signs with nothing to sell, hoping to gain your attention for only a brief moment of reflection on the natural world around us." These ethereal "Frozen Trees," installed at a plaza in downtown Lisbon, Portugal, are made from thousands of IKEA plastic bag dispensers.

Artist Transforms Stuffy Old Lace Into Fantastic Street Art (Photos) Photos: NeSpoon (via Behance) If you associate hoodie-concealed men sporting spray cans with street art, think again. Think crocheted bicycles, yarn bombing and random acts of planting. To be sure, traditional urban art is dominated by men. But the last decade has seen the rise of a number of talented female urban artists whose diverse subject matter ranges from candy-colored caricatures to abstract shapes and constellations -- and whose tools range from spray paint to more unconventional means of expression. From Poland comes urban artist NeSpoon, whose artistic focus is on the intricate patterns of lace, and breaking its granny stereotype by using it to beautify gritty urban spaces.

Top 20 Earth Pictures found on Stumble Upon Everybody knows that Stumbleupon is an great source for beautiful photography, nature, pets, arts and much more. They have millions of users and they are probably the most wide used source for finding quality content. Today, we collected 20 popular photographs from Stumbleupon.