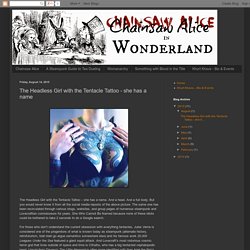 And a head. And a full body. But you would never know it from all the social media reposts of the above picture. The same one has been recirculated through various blogs, websites, and group pages of numerous steampunk and Lovecraftian connoisseurs for years. Introvert Illusion. Print Gives You An Instant Batman Stained Glass Window. Just tape this 10″ x 15″ print to any window and it will instantly transform it into a Batman stained glass masterpiece. 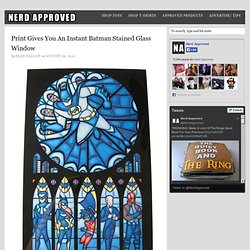 Check out an additional image after the break. Product Page ($25 via GAS) Tagged as: art, batman, poster, print, stained glass. #Art of Fantasy 8: Terese Nielsen. I am late this week. 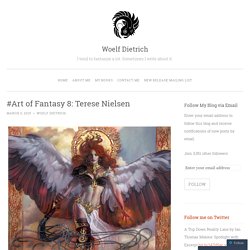 I’ve been working on the first draft of a story that had to get finished this week and I just finished it. It’s a short story that became a novella by accident. It’s a novella that wants to be a novel. Nerd Art Dump: Inappropriate Deadpool, Monster Boba Fett, 80s Cartoon Villains Catch Some Air, And MOAR!!! Time for your weekly dose of the fantastic fandom-based art that’s hit the web this week with your Nerd Art Dump. 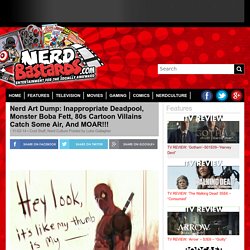 Each and every week we pick and choose through the masses of prints and pics on the digital frontier to give you nothing but the best to fill your geek needs. So on with the dump. Is this what the DC Cinematic Universe will look like? Showcase #2 of the incredible work of Wee_Arts. Just yesterday I posted a showcase of the work of the wonderful Wee_Arts, a fan artist, and in under a day we've seen over 40K views on the article with hundreds voting to see more of his work. 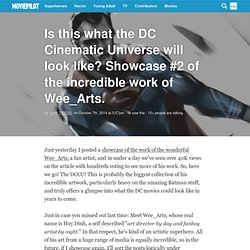 So, here we go! The DCCU! This is probably the biggest collection of his incredible artwork, particularly heavy on the amazing Batman stuff, and truly offers a glimpse into what the DC movies could look like in years to come. Truly Incredible Fan Art: A Showcase of the Work of Wee_Arts. I rarely give praise where it's not due, particularly in the field of fan work. 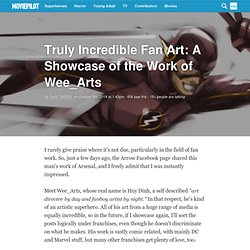 So, just a few days ago, the Arrow Facebook page shared this man's work of Arsenal, and I freely admit that I was instantly impressed. Meet Wee_Arts, whose real name is Huy Dinh, a self described "art director by day and fanboy artist by night. " In that respect, he's kind of an artistic superhero. All of his art from a huge range of media is equally incredible, so in the future, if I showcase again, I'll sort the posts logically under franchises, even though he doesn't discriminate on what he makes.

His work is vastly comic related, with mainly DC and Marvel stuff, but many other franchises get plenty of love, too. Here I'll include the DC TV stuff, featuring work from Gotham, Arrow, and Flash - my three favorite shows and things to report on, as anyone who follows my articles knows! Comic Book Character Galleries - Comic Art. Mind-Blowing Illustrations by Loopy Dave. Disney Princess Pinup Tattoos. Disney Warrior Princesses. Tigger's Revenge. 40 Super Awesome Wallpapers for Nerds. If Disney animated Game of Thrones. Artists Fernando Mendonça and Anderson Mahanski have each imagined what it would be like if George R. 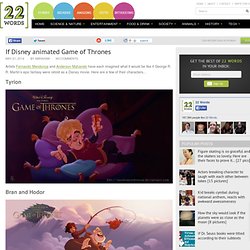 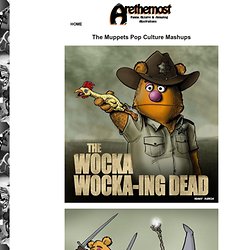 Thermohalia. If Pokemon Were Drawn by Tim Burton. DC Comics. Jae Lee mega art post: 39 covers and one incredible pin-up. With drastic shadows and slick lines, Jae Lee has been bringing intense style and an infrequently felt sense of foreboding to comics for almost 20 years. 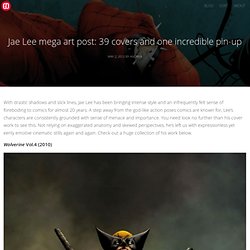 A step away from the god-like action poses comics are known for, Lee’s characters are consistently grounded with sense of menace and importance. You need look no further than his cover work to see this. Not relying on exaggerated anatomy and skewed perspectives, he’s left us with expressionless yet eerily emotive cinematic stills again and again. The Art of Yale Stewart — Home. 139902_1234246887_large.jpg (JPEG Image, 1600 × 694 pixels) Eriks-first-oh-wait.jpg (JPEG Image, 1217 × 1497 pixels) - Scaled (47. Odett ver 2 by Gonzalo Ordóñez Arias - angels - Art of Fantasy. Batman-the-fun-killer.jpg (JPEG Image, 1240 × 1754 pixels) - Scaled (40%) 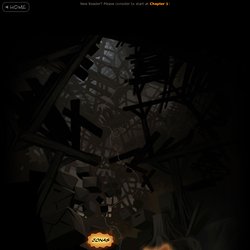