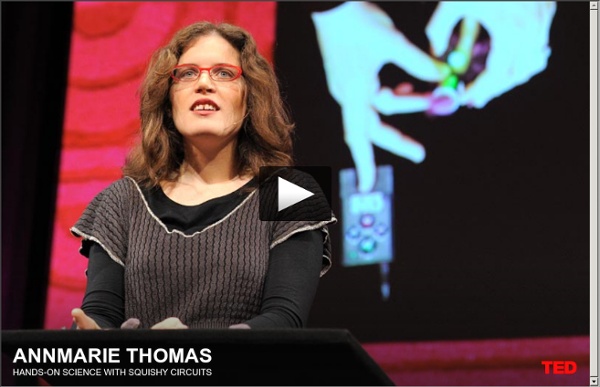 The hidden beauty of pollination: Louie Schwartzberg on TED Live from TED2014 Mysteries of the unseen world: Louie Schwartzberg at TED2014 Louie Schwartzberg is fascinated with exposing the world’s wonders through photography. Three years ago, his talk, “Nature. Beauty. Gratitude,” demonstrated his uncanny ability to capture the captivating beauty of our natural world — the tiniest shake of a flower petal, the stirring complexity of a bee’s wing. TEDtoChina Shanghai: The Upcoming Sixth Sense Talk Pranav Mistry is a ‘human interaction interface innovator’ from MIT. Back in 2009 he gave his first talk at TED about his Sixth Sense technology which is a holographic touch sensitive projector that’s workable on any surface. It’s an augmented reality technology that allows you to compute anywhere anytime with gesture controls for everything. For the first time Pranav will be talking about his Sixth Sense projector in Shanghai at TEDtoChina this Sunday 18th September.

Soviet submariner who single-handedly averted WWIII at the height of the Cuban Missile Crisis U.S.S.R. and U.S. stood on brink of nuclear war during Cuban Missile CrisisFour Russian submarines secretly set sail to Cuba, with nuclear weaponsVasili Arkhipov, who died in 1998, used last veto against firing sub's torpedoThe Russians instead surrendered and his action avoided World War Three By Leon Watson and Mark Duell Published: 12:34 GMT, 25 September 2012 | Updated: 06:45 GMT, 26 September 2012 He was the man who saved the world by single-handedly averting World War Three five decades ago, yet he died humiliated, outcast and an unknown. Only now has his story has come to light.

Search Institute Educators and youth leaders know how motivating it can be for young people to discover their "sparks"--those activities and interests that truly engage kids to be their best. Discovering those sparks can help students express their personalities and make unique contributions to the world. Search Institute research shows that kids who thrive have two important supports: knowledge of what their sparks are and adults who support the development of those sparks. Several research studies show that creative arts, athletics, and learning are the top interests that kids identify as their personal sparks.

10 Public Speaking Tips For Introverts 1. For many speakers -- and especially for introverts -- preparation is key . Take your time crafting the speech so that it flows logically and is illustrated with stories and examples. Practice it out loud, until you’re comfortable.

Amazing Women Rock - The 21 Amazing TEDWomen Speakers Of TEDGlobal 2011 Alice Russell (Singer) Alice Russell is a force of nature, one of those fabulous British girls with a great big soul sound -- a tradition stretching from Dusty Springfield to Alison Moyet to Adele. What sets her apart? Some seriously clever musicianship.