Douglas (motorcycles) - Wikipedia. Douglas was a British motorcycle manufacturer from 1907–1957 based in Kingswood, Bristol, owned by the Douglas family, and especially known for its horizontally opposed twin cylinder engined bikes and as manufacturers of speedway machines. 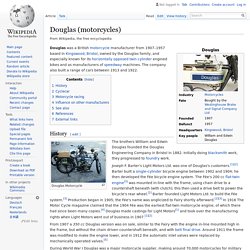 The company also built a range of cars between 1913 and 1922. Sarah Pipiline, Dooley Franks and celibacy. AS Easter looms many devout pilgrims from around the world are descending on St Peter’s Square in Rome to fulfil a lifelong ambition of visiting the most holy place for Roman Catholics on the planet. 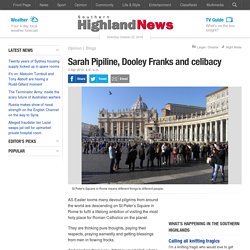 They are thinking pure thoughts, paying their respects, praying earnestly and getting blessings from men in flowing frocks. St Peter's Square in Rome means different things to different people. Wayne Carson, songwriter who penned ballad ‘Always on My Mind,’ dies at 72. Songwriter Wayne Carson was on the phone with his wife in the early 1970s, apologizing for being away from home so much because of work. 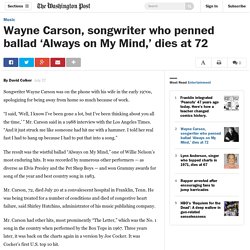 “I said, ‘Well, I know I’ve been gone a lot, but I’ve been thinking about you all the time,’ ” Mr. Carson said in a 1988 interview with the Los Angeles Times. “And it just struck me like someone had hit me with a hammer. Whale watching in NSW. Every year, whales migrate along the NSW coastline. 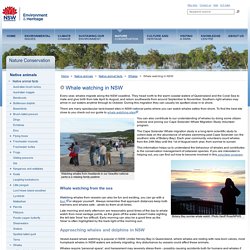 They head north to the warm coastal waters of Queensland and the Coral Sea to mate and give birth from late April to August, and return southwards from around September to November. Southern right whales may arrive in our waters anytime through to October. During this migration they can usually be spotted close in to shore. There are many spectacular land-based sites in NSW national parks where you can watch whales safely from shore. To find the best site close to you check out our guide to whale watching sites Watching whales from headlands in our beautiful national parks is a relaxing family pastime You can also contribute to our understanding of whales by doing some citizen science and joining our Cape Solander Whale Migration Study Volunteer program.

Sydney Aboriginal Rock Engravings. Description It's amazing how many people pass by on the popular Bondi-Tamarama cliff walk without even glancing at the superb engraving there. 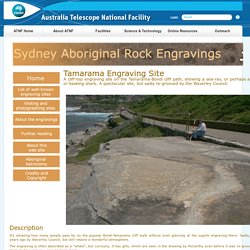 Airminded. British newspapers online, 1901-1950. These newspaper archives are all available to individuals, whether for free or on a pay basis. 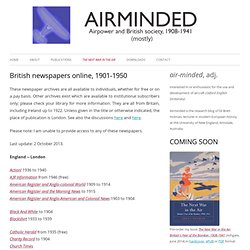 Other archives exist which are available to institutional subscribers only; please check your library for more information. They are all from Britain, including Ireland up to 1922. Unless given in the title or otherwise indicated, the place of publication is London. See also the discussions here and here. Please note: I am unable to provide access to any of these newspapers.

Last update: 2 October 2013. England -- London Action! THE STORY OF THE SOUTHERN. Australian Society of Authors. A woman's place is in the House - Books - Arts & Entertainment. Brought up during the twilight years of the last Gladstone administration, in which her father served as Home Secretary, Violet celebrated her coming- of-age in 1908 in the month Asquith formed his first Cabinet. 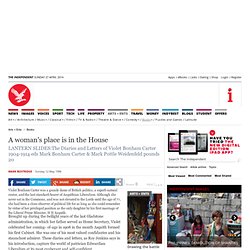 She was one of his most valued confidantes and his staunchest admirer. These diaries and letters, as Roy Jenkins says in his introduction, capture the world of patrician Edwardian Liberalism at its most exuberant and self-confident. They also portray a way of life that was soon to disappear, swept away by four years of war. Digital poet Jason Nelson urges others to forge new frontiers in electronic literature. By Shae Killey Updated Thu 2 Jan 2014, 1:46pm AEDT Brisbane university lecturer Jason Nelson is not your average poet; he calls his poems "odd interactive digital creatures" and they attract millions of viewers yearly. 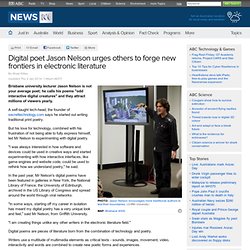 A self-taught tech-head, the founder of secrettechnology.com says he started out writing traditional print poetry. But his love for technology, combined with his frustration of not being able to fully express himself, led Mr Nelson to experimenting with digital poetry. "I was always interested in how software and devices could be used in creative ways and started experimenting with how interactive interfaces, like game engines and website code, could be used to rethink how we understand poetry," he said. In the past year, Mr Nelson's digital poems have been featured in galleries in New York, the National Library of France, the University of Edinburgh, archived in the US Library of Congress and spread around the world through viral networks. Is digital the future of poetry? Michael Robotham. UK/Australia Cover USA Cover. 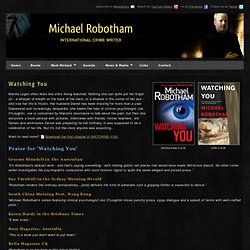 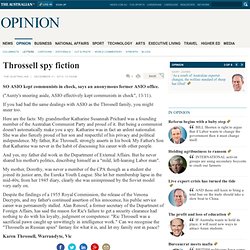 ("Aunty's sneering aside, ASIO effectively kept communists in check", 13/11). Australian veterans for peace. Statement of Purpose We, having dutifully served our nation, do hereby affirm our greater responsibility to serve the cause of world peace. To this end we will work, with others: * Toward increasing public awareness of the costs of war * To restrain our government from intervening, overtly and covertly, in the internal affairs of other nations * To end the arms race and to reduce and eventually eliminate nuclear weapons * To seek justice for veterans and victims of war * To abolish war as an instrument of national policy Statement of Nonviolence When taking part in protest actions: Now Open Learning: Publish and Sell Your E-Books - Product Detail.

E-books are blazing through the publishing world like a speeding comet, with thousands of previously undiscovered authors as the bright glowing lights in its tail. Independent—indie—authors are becoming overnight sensations in the New York Times and USA Today, on Amazon, and well, everywhere e-books are sold. In this course, you'll see how you can join their ranks by learning how to publish and sell your own e-book. It's no secret that e-books now regularly outsell traditionally published books in online bookstores around the world. This is great news for authors, who no longer need a large budget to self-publish and promote their books.

In fact, in this course, you'll learn step by step how to use free tools to turn your manuscript into a professionally published e-book ready for distribution. Course Revised June 2013. Www.canberratimes.com.au - Tragedy outweighs triumph. I do not agree with the structure of this book. John Hamilton has divided it into two parts: part one Triumph; part two Tragedy.

For king and country