Research: BYOD booming with 74% using or planning to use. Since its debut in 2009, the Bring Your Own Device or BYOD concept has revolutionized many industries. 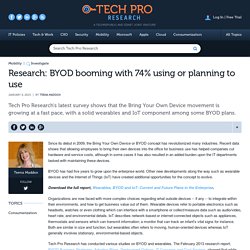 Recent data shows that allowing employees to bring their own devices into the office for business use has helped companies cut hardware and service costs, although in some cases it has also resulted in an added burden upon the IT departments tasked with maintaining these devices. BYOD has had five years to grow upon the enterprise world. Other new developments along the way such as wearable devices and the Internet of Things (IoT) have created additional opportunities for the concept to evolve. Download the full report, Wearables, BYOD and IoT: Current and Future Plans in the Enterprise. Organizations are now faced with more complex choices regarding what outside devices -- if any -- to integrate within their environments, and how to get business value out of them.

Tech Pro Research has conducted various studies on BYOD and wearables. Key findings include: Current BYOD usage. Stallman’s One Mistake. We all owe [Richard Stallman] a large debt for his contributions to computing. 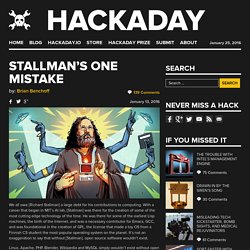 With a career that began in MIT’s AI lab, [Stallman] was there for the creation of some of the most cutting edge technology of the time. He was there for some of the earliest Lisp machines, the birth of the Internet, and was a necessary contributor for Emacs, GCC, and was foundational in the creation of GPL, the license that made a toy OS from a Finnish CS student the most popular operating system on the planet. It’s not an exaggeration to say that without [Stallman], open source software wouldn’t exist. Linux, Apache, PHP, Blender, Wikipedia and MySQL simply wouldn’t exist without open and permissive licenses, and we are all richer for [Stallman]’s insight that software should be free. Free Hardware and Free Hardware Designs. Improve tech skills while contributing to open source projects. Although some people think open source projects only need programmers—and experienced ones, at that— open source project needs go beyond the ability to write code. 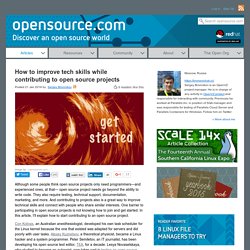 They also require testing, technical support, documentation, marketing, and more. And contributing to projects also is a great way to improve technical skills and connect with people who share similar interests. One barrier to participating in open source projects is not knowing how to join and get started. In this article, I'll explain how to start contributing to an open source project.

Con Kolivas, an Australian anesthesiologist, developed his own task scheduler for the Linux kernel because the one that existed was adapted for servers and did poorly with user tasks. Write new code. Top 5 open source frameworks for developers. Software has been eating the world for far longer than four years. 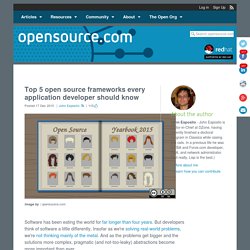 But developers think of software a little differently. Top 10 Free Wireless Network hacking tools for ethical hackers and businesses. There are lots of free tools available online to get easy access to the WiFi networks intended to help the network admins and the programmers working on the WiFi systems and we at Team Techworm have picked the top 10 of those for ethical hackers, programmers and businessmen. 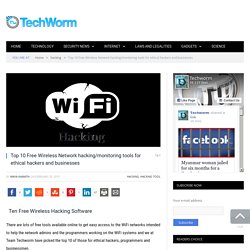 Internet is now a basic requirement be it office or home as it is majorly used in smartphones besides computer. Most of the times people prefer to use wireless network LAN which is much easier and cost effective. Old Tech: Parser Drill Creates Holes in Any Shape. When recently ogling some antique pocket knives at a local flea market, I noticed the inlaid shield in the handle. 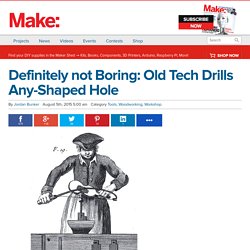 I remember thinking, “Given how many of these things were made, there’s no way they carved each one of these inlays by hand.” Shellac. Some of the many different colors of shellac From the time it replaced oil and wax finishes in the 19th century, shellac was one of the dominant wood finishes in the western world until it was largely replaced by nitrocellulose lacquer in the 1920s and 1930s. 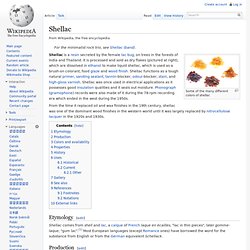 Etymology[edit] Shellac comes from shell and lac, a calque of French laque en écailles, "lac in thin pieces", later gomme-laque, "gum lac".[1] Most European languages (except Romance ones) have borrowed the word for the substance from English or from the German equivalent Schellack. Production[edit] Machinarium. Gameplay[edit] A screenshot from Machinarium, demonstrating the hand-drawn backgrounds and the communication of objectives through pictorial thought bubbles. 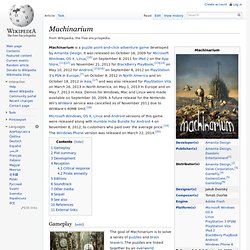 The goal of Machinarium is to solve a series of puzzles and brain teasers. The puzzles are linked together by an overworld consisting of a traditional "point and click" adventure story. The overworld's most radical departure is that only objects within the player character's reach can be clicked on. The game employs a two-tier hint system. Plot summary[edit] Machinarium – Amanita Design. Machinarium is our first full-length adventure game in which players take on the role of a robot who has been exiled to the scrap heap. 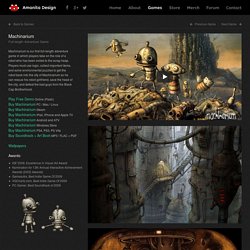 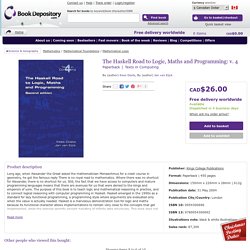 Programming in Haskell : Graham Hutton : 9780521692694. Review quote. Parallel and Concurrent Programming in Haskell : Simon Marlow : 9781449335946. Download Haskell. Wiki. Which is the most widely used functional programming language today (Oct 2014)? What is the most valuable programming language to know for the future and why? China may be exporting its toxic debt problems too. As China’s economy has slowed and property markets dropped, there has been plenty of concern about the massive debts incurred by state-run and private companies.

Now there are signs that companies large and small are looking abroad to borrow enough money to stay afloat. The latest quarterly report from the Bank for International Settlements, which collates data from 60 central banks, shows cross-border bank lending to China jumped 47% to $1.1 trillion in the second quarter, compared with a year earlier. Cross-border lending to China has increased more than five-fold since the 2008 financial crisis ended, making China by far the most indebted emerging market on an absolute basis, and the seventh-most indebted country as a percentage of GDP. BIS does not track lending from Latin American or Russian banks, so these figures may be smaller than the actual loans outstanding. The rise in cross-border lending means that bad loans in China aren’t just a problem for Chinese banks.