A Wall That Plays Music When It Rains. According to Atlas Obscura, “when the rain starts to fall, this colorful drain and gutter system attached to the outside of a building in the Neustadt Kunsthofpassage turn into charming musical instruments. 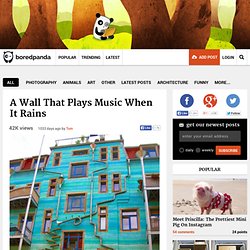 The Funnel Wall is one of the strangest and most enjoyable attractions in Dresden’s student district in the new town. ” (Image credits: ingeniumetars) Nexus_world_housing_2d.jpg 548×611 pixels. Nexus World housing. NEXUS-WORLD-HOUSING. Confronted with the possibility of building in Japan, a European architect faces a dilemma; should the project be 'as western as possible'? Is it just another export like Van Gogh, a Mercedes, or a Vuitton bag? Or should it reflect the fact that it exists in Japan? In Fukuoka, the character of the site reinforces this dilemma: the context is more organized, less 'chaotic', than the typical Japanese city.

For this operation, Arata Isozaki invited one Japanese architect (Osamu Ishiyama) and five non-Japanese architects (Oscar Tusquèts, Christian de Portzamparc, Marc Mack, Steven Holl) and OMA to define a superblock with freestanding perimeter buildings for a client who wanted to introduce a 'new urban lifestyle' in Japan. The only 'Japanese' aspect of his masterplan: 120-meter-high twin towers (architect: Izosaki) projected at the center of the otherwise five-story-maximum development. 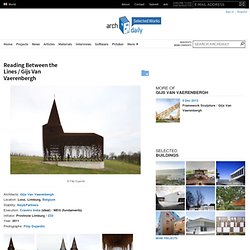 Since 2007, they have been realizing projects in public space together that start from their architectural background, but have an artistic intention. Their projects do not always originate out of the initiative of a classical client, for example, and carry a large degree of autonomy.