Hobbit Movie News and Information, The Lord of the Rings, Tolkien - TheOneRing.net - Forged by the Fans of J.R.R. Tolkien 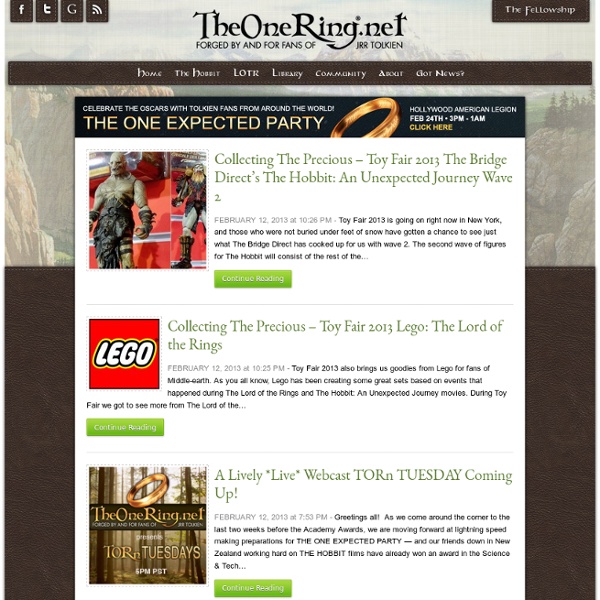 Happy Hobbit: Chicks (Easter Special) – Episode 39 April 16, 2014 at 7:07 pm - When Kili is excluded from Fili’s Easter party, she visits a friend to pick up a little revenge… in the form of a chick! Join the mischief and learn the basics of how to care for baby chickens. Also, while it took us a while… we finally got our Blu-ray copy of The Hobbit: The… Continue Reading