How Lord of The Rings Should Have Ended 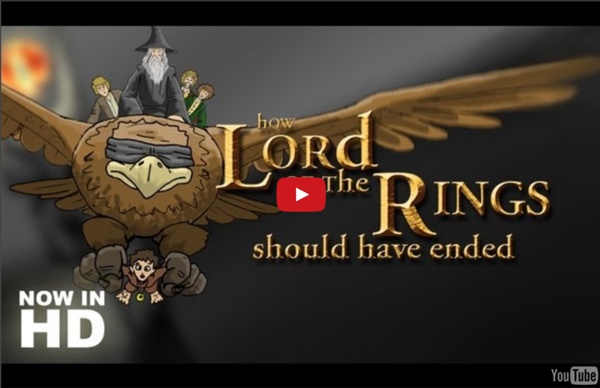 The Hobbit (film series) The Hobbit is a film series consisting of three epic fantasy adventure films directed by Peter Jackson. They are based on the 1937 novel The Hobbit by J. R. The first film in the series premiered at the Embassy Theatre in Wellington, New Zealand on 28 November 2012. Peter Jackson and Fran Walsh originally expressed interest in filming The Hobbit in 1995, then envisaging it as part one of a trilogy (part two would have been based on The Lord of the Rings). On 16 December 2007, New Line and MGM announced that Jackson would be executive producer of The Hobbit and its sequel. In February 2008, the Tolkien Estate (through The Tolkien Trust, a British charity) and HarperCollins Publishers filed a suit against New Line for breach of contract and fraud and demanded $220 million in compensation for The Lord of the Rings trilogy. Guillermo del Toro was originally set to direct the film, but left because of ongoing delays. —Guillermo Del Toro, on tonal consistency with Jackson's trilogy[32]