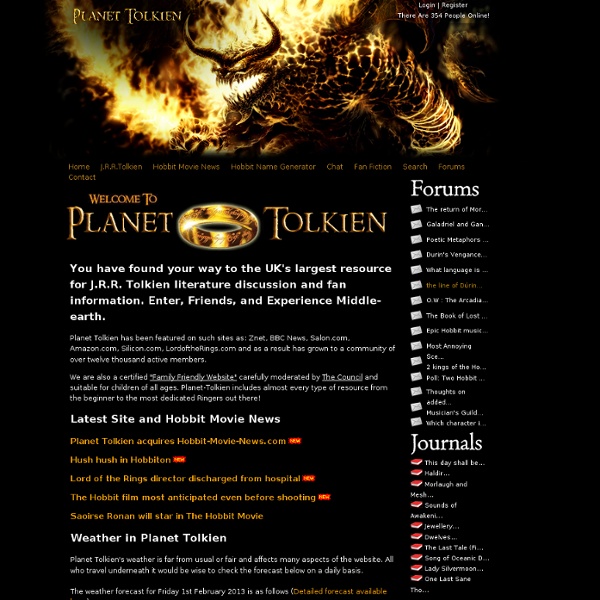 Tolkien Books, Rare Book Shop, Tolkien Store handwriting tips - StumbleUpon You’ve decided you want to improve your handwriting and you’re probably hoping a fountain pen will do the trick -- maybe a friend told you it would. Maybe you’re just adventurous and you want to try your hand at calligraphy (or you might, once your handwriting improves). Good for you! A fountain pen may make your writing look a bit better, but if your writing looks as if frenzied chickens got loose on the page, chances are this won’t be enough. Most likely, you’ll need to retrain your arm and hand. After coaching handwriting and teaching calligraphy over the years, I’ve learned to see the characteristics of those who’ll be able to pick up the necessary motions quickly from those who’ll have to work a bit harder. Crampy, uneven letters are often the result of drawing the letters with the fingers rather than using the whole arm to write. People who inevitably have trouble with handwriting and calligraphy write with their fingers. It will take time to re-train muscles and learn new habits.

JRR Tolkien's daughter sues producers of The Hobbit The lawsuit alleges that the film companies only have the right to "tangible" merchandise like costumes and figurines, but had "engaged in a continuing and escalating pattern of usurping rights" by making digital products. The last straw came when one of the Tolkien estate's lawyers received a spam email promoting an online slot machine game based on the Fellowship of the Ring, the first book in the famous series. Over the course of the 26-page lawsuit, published by the Hollywood Reporter, the plaintiffs claimed that the proliferation of Tolkien merchandise had created "confusion and consternation" among fans of the series. One devotee called the merchandising a "nasty, greedy, ugly act" while another complained: “If this isn’t prostituting art, I don’t know what is". Miss Tolkien is taking action on behalf of the Tolkien Trust, a charity created shortly after her father's death in 1973, and is joined by George Allen & Unwin, the publishers who first brought out The Hobbit in 1937.

The Tolkien Estate - Home Tolkien Gateway J.R.R. Tolkien Peter Jackson's Violent Betrayal of Tolkien - Noah Berlatsky The Hobbit's gory battles don't just pad out its run-time. They contradict the story's message about mercy. 20th Century Fox "True courage is knowing not when to take a life, but when to spare one," Gandalf tells Bilbo in Peter Jackson's The Hobbit: An Unexpected Journey. Gandalf's homily doesn't appear in Tokien's original novel The Hobbit. Bilbo almost stopped breathing, and went stiff himself. Bilbo then (in both film and book) leaps over Gollum's head, leaving the creature despairing but unharmed. If Jackson meant for Gandalf's comment to highlight Tolkien's nonviolent ethic, though, the rest of his film undercuts it—and, indeed, almost parodies it. The goblin battle is hardly an aberration in the film. Given this vision of dwarves-as-ninjas, it's not entirely clear why the expedition needed Bilbo along in the first place. Gandalf says that it is not great power but rather the everyday deeds of ordinary folk that defeat evil.

The Tolkien Professor | Lectures Welcome to the central hub of the Tolkien Professor site! You can find several different lecture series here, including the most recent addition, Riddles in the Dark, which is a special Hobbit-themed lecture series with Mythgard Institute in anticipation of the forthcoming Peter Jackson movies. If you are new to the Tolkien Professor’s lectures and discussions, you should begin with his introduction to Tolkien studies: “How to Read Tolkien and Why.” Want to get right to the audio content? Exeter College, Oxford, where Tolkien studied. The centerpiece of Professor Corey Olsen’s lecture series is his in-depth careful audio commentary on Tolkien’s major works, chapter-by-chapter, beginning with his podcast on The Hobbit. Also available on this site is a full session-by-session audio recording of Professor Olsen’s 2010 undergraduate Tolkien course at Washington College. Interested in the Silmarillion? Have a question for the Tolkien Professor?

The Encyclopedia of Arda The Encyclopedia of Arda is a personal project - a tribute to and a celebration of the works of J.R.R. Tolkien. The site is evolving into an illustrated hypertext encyclopedia of Tolkien's realms and peoples. Inside the encyclopedia The Encyclopedia of Arda contains thousands of articles covering topics from J.R.R. You'll also find a selection of interactive tools, including a chronicle to help you explore Tolkien's fictional history, and calendar to translate dates and events, a lexicon of names, a glossary of old and rare words, and much more. Context and approach The content of the Encyclopedia is written in the same context as Tolkien himself used; he presented himself simply as a translator, rather than originator of the tales. About the name Arda Arda was the name given by the Elves to their World and all it contained, and so 'Encyclopedia of Arda' seemed a peculiarly apt title for this project. Special thanks But the real Special Thanks, though, belong to the memory of J.R.R.

Out With Tennis Injury, Tolkien Writes 'Hobbit' Agence France-Presse — Getty ImagesJ.R.R. Tolkien in an undated photograph. Tennis has been a passion of writers since long before the birth of the professional game, with scribes ranging from Russian Vladimir Nabokov (1899-1977) to American David Foster Wallace (1962-2008) wielding rackets with as much intensity as their pens, and even incorporating the sport in their work occasionally. But for the South Africa-born Englishman J.R.R. In “J.R.R. Drout wrote: “Tolkien began another club, the Chequers, with his friend Colin Cullis; he was elected president of the influential Stapledon Club, Exeter’s debating society; he played tennis and went punting; and by the spring of 1914 he had worked hard enough to win the Skeat Prize for English.” In the biography “J.R.R. According to Grotta, Tolkien was still playing the sport a decade later, into his 30s. Of his life in the mid-1920s,”Tolkien was a keen sportsman, and enjoyed playing tennis and fives with his colleagues,” Grotta wrote.

Hobbit Houses: Dwellings Right at Home in Tolkien's Middle Earth While you have to go to the theater to see "The Hobbit," some people experience J.R.R. Tolkien's Middle Earth every day. The books that inspired the new movie and the "Lord of the Rings" film trilogy have also inspired home design for years. Among the most recent dwellings is one built for a diehard Tolkien fan in Chester County, Pa.: a 600-square-foot guesthouse with a cartoonishly curved roof and a 54-inch circular cedar door. Inside are wood arches, a "butterfly window," a stucco fireplace -- and walls of shelves where its owner displays a vast collection of Tolkien memorabilia acquired over 30 years. "This isn't something that you can re-create on a suburban cul-de-sac," Peter Archer, the architect behind the fantastical house, told The Associated Press. This hobbit's dream joins several similar homes that we've featured before. More on AOL Real Estate: Find out how to calculate mortgage payments.

Seeing Tolkien's Middle Earth through the eyes of his illustrators Over the years, many illustrators have talken a crack at the sweeping vistas and well-furnished hobbit holes of J.R.R. Tolkien’s Middle-earth. With The Hobbit finally in theaters, io9 gives us a look at the work of many such artists, ranging from Tolkien himself, to Where the Wild Things Are’s Maurice Sendak, to the Crown Princess of Denmark, Margrethe II. Not all of the work found favor with Tolkien, though. The author opened fire on Barbara Remington’s bizarre cover illustration for The Hobbit (in her defense, she hadn't read the book), saying: "I think the cover is ugly; but I recognize that a main object of a paperback cover is to attract purchasers, and I suppose that you are better judges of what is attractive in USA than I am.