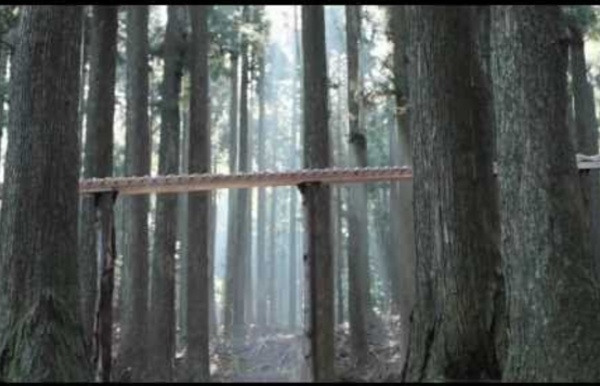 On-line gallery A portrait of the Infanta Margarita, daughter of Felipe IV (1605-1665), surrounded by her servants or “family” in a hall of Madrid’s Alcázar Palace. This, the most famous of Velázquez’s works, offers a complex composition built with admirable skill in the use of perspective, the depiction of light, and the representation of atmosphere. There have been innumerable interpretations of this subject and later references to it. The most numerous emphasize a defense of the nobility of painting versus craft. Velázquez portrays himself, painting the painting itself, on the left of the canvas, thus affirming the supremacy of the art of painting. The Infanta Margarita (1651-1673), wears white and appears in the center of the composition, surrounded by her ladies in waiting, the “meninas” María Agustina de Sarmiento and Isabel de Velasco, along with two court buffoons, María Bárbola and Nicolasito Pertusato, and a mastiff.

The Rubiks Cube Solution - StumbleUpon How to Solve the Rubik's Cube in Seven Steps The world's most famous puzzle, simultaneously beloved and despised for it's beautiful simple complexity, the Rubiks Cube has been frustrating gamers since Erno Rubik invented it back in 1974. Over the years many brave gamers have whole-heartedly taken up the challenge to restore a mixed Rubik's cube to it's colorful and perfect original configuration, only to find the solution lingering just out of their grasp time and time again. After spending hours and days twisting and turning the vaunted cube in vain, many resorted to removing and replacing the multi-colored facelets of the cube in a dastardly attempt to cheat the seemingly infallible logic of the cube, while others simply tossed it to the side and dubbed it impossible.

More Awe-Inspiring GIFs from Jamie Beck and Kevin Burg There was a time, not too long ago, when the term "cinemagraph" was being thrown around and internet culture gravitated toward this amalgamation of still shots and modest yet aesthetically effective movement. New York-based photographer Jamie Beck and her counterpart Kevin Burg first coined the term last year, gaining a lot of recognition for their cinematic images with subtle movement. My Modern Met even had the opportunity to interview the creative forces behind the perfected animated gifs. Since then, the duo has continued to develop breathtaking gifs, often focusing on fashion, and share it on their blog From Me To You.

Automatic behavior Automatic behavior can also be exhibited whilst in the REM state—subjects can hold conversations, sit up and even open their eyes. Those acts are considered sub-conscious as most of the time the events cannot be recalled by the subject. It is most common when the subject has had under 10 hours sleep within a 36 hour period.[citation needed] How to Play Spoons – Abby the Spoon Lady Playing spoons can be a fun activity, for adults and children alike. Here are a few basic videos to help show you the way that I play. There is no wrong or right way, but these techniques have helped me, so I am sharing them with you.

Bucksmore Visual and Performing Arts with English Teenagers for 13-17 year olds Check Availability Bucksmore Choice is a bespoke English summer school for older teenagers, combining English Language tuition with Visual and Performing Arts. 20 Facts You May Not Know About Harry Potter It all ends this Friday. To celebrate the release of Deathly Hallows 2, here’s 20 lesser-known facts about the Harry Potter franchise. (the last several images were created by me). You May Also Like: