A History Of The Title Sequence 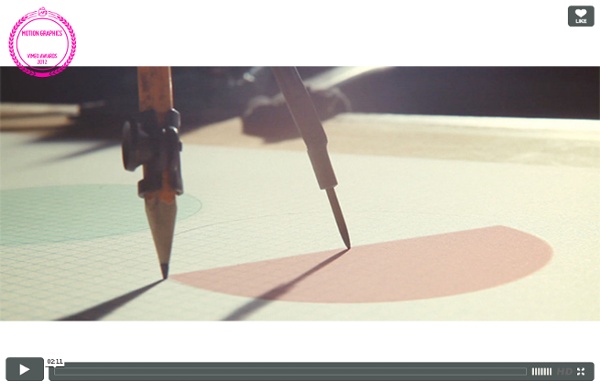 A History of Scotland opening title sequence Model kits and kilts. ISO Design’s opening title sequence to A History of Scotland offers a gathering sense of self and of a scaled Scotland. Using a tilt-shift effect that simulates miniature scale model photography where a shallow depth of field is created by blurring areas of the composition either optically or in post, the title technique nicely captures the spirit of the pioneering Picts. A discussion with DAMIEN SMITH of ISO Design. Tell us a little bit about ISO Design. DS: 10 years young Glasgow-based digital design studio. We still do a lot of broadcast graphics and have expanded the studio to work on large scale interactive installations for clients like Mercedes Benz and multiplatform projects like the new Sony XMB and the BBC iPlayer. How did you become involved with the project? We’ve worked closely with the BBC team responsible for A History of Scotland over many years. Take us through the design process, how did you develop the concept for the piece? So what’s next for you?

Unbelievable: Each scene in this video is made from one still photo All of these could have been created with a single still image. I don't know for sure if that is the case, but it is TOTALLY possible. These are not timelapse, they're something different. They're one single still photo, cut into pieces and animated with a 3D camera in After Effects. I missed the video on the original post about how he did it. It's still not parallax photography. That is not what is happening in some of these shots.

Game of Thrones (2011) A fiery astrolabe orbits high above a world not our own; its massive Cardanic structure sinuously coursing around a burning center, vividly recounting an unfamiliar history through a series of heraldic tableaus emblazoned upon it. An intricate map is brought into focus, as if viewed through some colossal looking glass by an unseen custodian. Cities and towns rise from the terrain, their mechanical growth driven by the gears of politics and the cogs of war. From the spires of King’s Landing and the godswood of Winterfell, to the frozen heights of The Wall and windy plains across the Narrow Sea, Elastic’s thunderous cartographic flight through the Seven Kingdoms offers the uninitiated a sweeping education in all things Game of Thrones. Primetime Emmy Award for Outstanding Main Title Design A discussion with Creative Director ANGUS WALL at Elastic. Detail how Elastic became involved with the show. At this point, we made a list of the locations we needed to build. View 6 images No. View 3 images

Mystery Science Theater 3000 (1998) Drawing on a fascination with home-made props and blending imagery from sources as diverse as Frank Zappa, the Mickey Mouse Club, and 2001: A Space Odyssey, Joel Hodgson and his team created a title sequence with its roots in UHF television broadcasting. Tom Servo, Crow, and the rest of the gang show their seams unabashedly, embracing the spirit of the movies so endearingly skewered aboard the Satellite of Love. Joel Robinson’s space-borne imprisonment by distant jailers is a trial of the will, every film a battle. Each successive gauntlet of schlock that Joel (and the viewer) survives drives these tormentors further and further into manic desperation. A discussion with MST3K creator JOEL HODGSON. Can you give us a little back story/history on yourself? JH: Sure, I was born in Wisconsin and have always been interested in funny visuals and the moving image. How did you originally conceive of the opening titles to the show? It was an evolution. What were the initial design stages like?

To Kill A Mockingbird (1962) Titles that adorn. In the first seconds of this dawning glory, Elmer Bernstein’s notes softly dot and fade. A child, our beloved Scout, hums lullaby-like. At the heart of the masterpiece, a cigar box. Stephen Frankfurt’s opening title sequence for To Kill A Mockingbird forces one to slow down, to note the window reflected in the marbles. Frankfurt’s perfect compositions reward anyone in illimitable meditation. A wave, as drawn by Scout, is cross-matched with the beaded chain over the silent timepiece. Audio commentary excerpt with Director Robert Mulligan and Producer Alan J. Documentary excerpt from Fearful Symmetry: The Making of To Kill A Mockingbird featuring interviews with Producer Alan J. Title Designer: Stephen Frankfurt Related