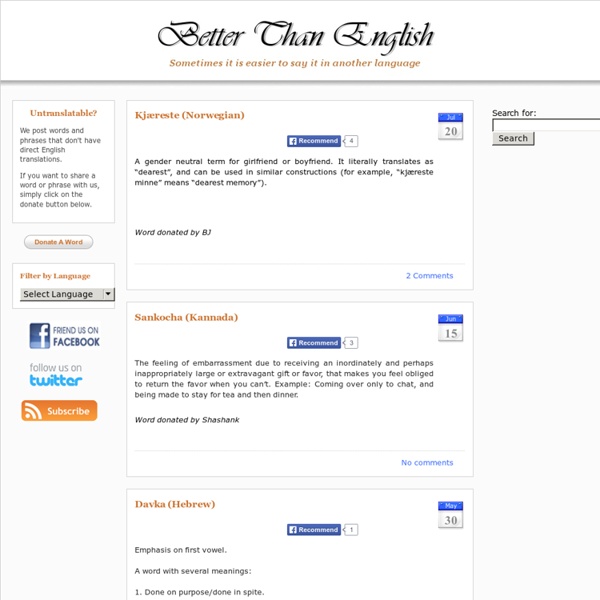 So what is there to this Indian Brahmin birdsong pre-oral tradition thing I just heard? I haven’t seen this program but I’ve studied Vedic recitations in some depth. While I personally do not believe that any of the mantras being spoken anywhere are “pre-language” (whatever they mean by that) it probably popped up in this program because it is a pretty important theological point in Sanskritic Brahmin Hinduism. In this context (the status of the Veda varies enormously within Hinduism) the Veda is the Word, the essence of the divine principal that is the fundamental building block of reality; true, unlimited, and eternal. It can be defined with the creator principle that brought forth our present reality and functions as the “divine language” that serves as the blueprint for the universe. When the Creator uttered the Vedic mantras, this brought all of the aspects of creation and the universe into being by calling them forth by name.

Party Prince Harry dances in the street in Belize as part of Diamond Jubilee tour When Prince Harry drinks cocktails, it is normally in private at one of London’s most exclusive nightclubs. But the Prince used his well-documented partying skills for the national good on the first night of his Diamond Jubilee Tour of the Caribbean and Brazil. Within hours of arriving in the Central American state of Belize, Harry was sipping rum and dancing enthusiastically with local women – proving himself a diplomatic hit. Prince Harry appears in his element as he shakes some moves with the local woman Animal language Animal language are forms of non-human animal communication that show similarities to human language. Animal communication may be considered complex enough to be called a form of language if: the inventory of signs is large, the signs are relatively arbitrary, and the animals produce them with a degree of volition (as opposed to conditioned instincts). Animal communication can also be evidenced through the use of lexigrams (as used by chimpanzees and bonobos) in addition to signs.

Response to Quentin D. Atkinson - Languages Of The World We would like to thank Quentin D. Atkinson for taking the time to respond to our critique of the Science article by Bouckaert et al., of which he is one of the authors. While he appears to restate their team’s position rather than address specific criticisms that we had voiced, we feel that we should address those issues that Atkinson brings up in defense of their methodology. According to Atkinson, “the inferences based on linguistic palaeontology [i.e. the approach we advocate in our critique] have thus far failed to satisfy … three requirements”. First, Atkinson correctly points out that “in order to reconstruct a term to Proto-Indo-European, the common ancestor of all Indo-European languages, it must be present in those languages that are first to branch off from the base of the tree.

The Top Ten Weird and Bizarre Chinese Soft Drinks Though Japan is infamous (and rightly so) for its weird and bizarre soft drinks, China is quickly narrowing the gag gap with its own unique canned & bottled horrors. These ten terrifying tipples may not be available in your local supermarket unless you've been Shanghai'd, so to speak, but that's a GOOD thing. Just consider yourself lucky China doesn't export everything they make. Bizarre Drink #10) Bird's Nest Drink: The OTHER Nest Tea

Origin of language The origin of language in the human species has been the topic of scholarly discussions for several centuries. In spite of this, there is no consensus on the ultimate origin or age of human language. One problem makes the topic difficult to study: the lack of direct evidence. Language of the birds In mythology, medieval literature and occultism, the language of the birds is postulated as a mystical, perfect divine language, green language, adamic language, enochian language, angelic language or a mythical or magical language used by birds to communicate with the initiated. History[edit] In Indo-European religion, the behavior of birds has long been used for the purposes of divination by augurs.

Online English Vocabulary Size Test Ever wonder about your vocabulary size? Even if you are a daily English speaker or a native English speaker, you still might find this test challenging! We conducted academic research and looked at online resources to design the model of this quiz. We believe we've prepared the best quiz for you!English | Français | Deutsch | EspañolPortuguês | Italiano | Polski | Русский | 中文(汉语)ภาษาไทย | Bahasa Indonesia | 日本語 | 한국어Nederlands | Dansk | Suomi Loading...

BALL FAN REACHES NEOLOGISM PINNACLE "This is my month," boasted the note from Devin J. Biery, of Crofton. Such "guarantees" are common among Levey's ever-confident neologism entrants. But Devin made good on his promise. He reigns as champion of our monthly make-up-a-word contest. Vocabulary Builder (500 will get you 5000) Double Your Vocabulary in a Month The 100 most common Latin and Greek roots figure in more than 5,000 English derivatives just beyond the average person’s vocabulary of 10,000 words. They are the ones in all CAPITAL letters. By memorizing these 100 CAPITALIZED Latin and Greek prefixes, suffixes and roots, you will have a short cut to sight read an additional 5,000 words. If you learn all of them (both the caps and non-caps roots), you can double this to 10,000 additional words. Most of these words are used in medicine, law, business, science and technology.

Merger - Merge keywords into new names - NameRobot A name that consists of two (or more) merged keywords is called a portmanteau word. It is one of the smartest methods to generate corporate and brand names. With the Merger, you can find these hidden gems in your naming projects' keywords with little effort. 10 Words for Emotions You Didn’t Even Know You Had In recent years, neuroscience has introduced a new way of thinking about our emotions. The scientists behind the latest brain-imaging studies say they can now pinpoint with precision where these feelings are located within our heads. In 2013, for instance, a team of psychologists published a study in which they claimed that they had found neural correlates for nine very distinct human emotions: anger, disgust, envy, fear, happiness, lust, pride, sadness, and shame.

Critical period hypothesis - Wikipedia The critical period hypothesis is the subject of a long-standing debate in linguistics and language acquisition over the extent to which the ability to acquire language is biologically linked to age. The hypothesis claims that there is an ideal time window to acquire language in a linguistically rich environment, after which further language acquisition becomes much more difficult and effortful. The critical period hypothesis states that the first few years of life is the crucial time in which an individual can acquire a first language if presented with adequate stimuli. If language input does not occur until after this time, the individual will never achieve a full command of language—especially grammatical systems. The evidence for such a period is limited, and support stems largely from theoretical arguments and analogies to other critical periods in biology such as visual development, but nonetheless is widely accepted.