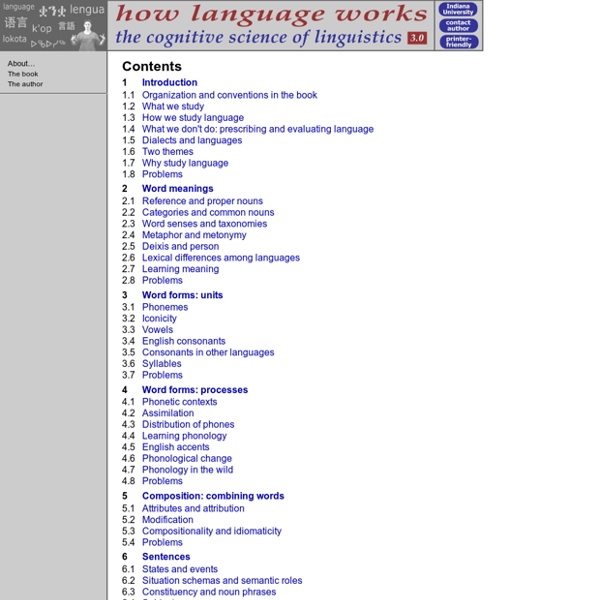 75 Free Language Learning Resources Online Whether you’re trying to learn English, Spanish, French, Portuguese, Japanese, Chinese, Italian –you get the picture – it’s good to get free help along the way. Luckily, there are tons of free online resources out there. Here are 75 to get you started … 1. 101Languages.net – Learn basics like vowels, consonants, phrases and vocabulary for various languages like Arabic, Bambara, Cebuano, Estonian, Icelandic, Latvian and Serbian. 2. 123TeachMe.com – 123TeachMe offers free learning materials, including games, quizzes, vocabulary builders, mp3 study lists, RSS vocabulary lists and more for adults and children.

Stanley Fish This biography of a living person needs additional citations for verification. Please help by adding reliable sources. Contentious material about living persons that is unsourced or poorly sourced must be removed immediately, especially if potentially libelous or harmful.Find sources: "Stanley Fish" – news · newspapers · books · scholar · JSTOR (September 2015) (Learn how and when to remove this template message) Stanley Eugene Fish (born April 19, 1938) is an American literary theorist, legal scholar, author and public intellectual. He is currently the Floersheimer Distinguished Visiting Professor of Law at Yeshiva University's Benjamin N. Fish is associated with postmodernism, at times to his irritation.

Glossary of linguistic terms Context for this page: Modular book: Glossary of linguistic terms, by Eugene E. Loos (general editor), Susan Anderson (editor), Dwight H., Day, Jr. UC Berkeley Summer Reading List Greetings to Berkeley faculty, staff, and students, As we do at the start of each spring term, we're soliciting your suggestions for great books to pass on to incoming Cal freshmen later this year as part of the 2014 UC Berkeley Summer Reading List for Freshmen. To mark the 50th anniversary of the Free Speech Movement on campus, we've chosen Free Speech as this year's theme. Of course, we'd love suggestions of readings that have to do with the events and people here at Berkeley back in 1964, but we also encourage you to think of the theme more broadly: any novels, memoirs, historical texts, and other books that touch on the issue of free speech in various times and places. The primary criteria are that the book resonates for you with the theme of free speech, and that it’s a great read you think an incoming freshman would enjoy.

For Better for Verse accent: emphasis given a syllable in ordinary usage, as provided by a pronouncing dictionary. See also stress. accentual-syllabic: the prosodic mode that dominated English-language poetry 1400-1900, and that this tutorial exclusively addresses. Alike distinct from verse that is quantitative (measuring duration, as in classical Greek and Latin), accentual (counting only beats, as in Old English), and syllabic (counting only syllables, as in certain: 20th-cy. experiments), accentual-syllabic verse is based on recurrent units (feet) that combine slacks and stresses in fixed sequence.

Treebank This article's use of external links may not follow Wikipedia's policies or guidelines. Please improve this article by removing excessive or inappropriate external links, and converting useful links where appropriate into footnote references. (November 2017) (Learn how and when to remove this template message) Etymology 100 Open Courses to Learn Any New Language Learning a new language can be a great way to challenge your mind, meet people from different cultures and even add a valuable asset to your resume and hireability. While traditional courses can be great, there are a number of free courses on the web that can help teach you the basics of language learning and get you on the path to fluency without having to spend a fortune. Here are 100 resources we’ve found that will help you become multilingual in your choice of languages. French French is one of the most widely spoken languages in the world and an official language in countries on nearly every continent. These courses will help you learn the famously romantic language for personal advancement or pleasure.

'Ender's Game's' Orson Scott Card's Anti-Gay Views Pose Risks for Film A version of this story first appeared in the March 1 issue of The Hollywood Reporter magazine. A controversy involving novelist Orson Scott Card and DC Comics could foreshadow problems for the big-budget adaptation of his classic 1985 sci-fi novel Ender’s Game, which is scheduled for release Nov. 1. Card’s long record of opposition to same-sex marriage and gay rights came into sharp focus when DC Comics announced Feb. 6 that it had hired him to write a chapter of a new Superman anthology series. Card has been a prominent gay-rights opponent going back to the ‘90s. Linguistic Geography of the United States Traditionally, dialectologists have listed three dialect groups in the United States: Northern, Midland, and Southern--although some scholars prefer a two-way classification of simply Northern and Southern, and one may also find significant difference on the boundaries of each area. The map shown above represents a synthesis of various independent field studies this century. These are in chronological order: the Linguistic Atlas fieldwork begun under the direction of Hans Kurath in the 1930's; the informal but extensive personal observations of Charles Thomas in the 1940's; the DARE fieldwork of the 1960's under Frederic Cassidy; and the Phonological Atlas fieldwork of William Labov during the 1990's. Although it may seem that a great amount of data has been collected over a short time span, the shifts in American dialects this century have been rapid enough to outpace the data collection.