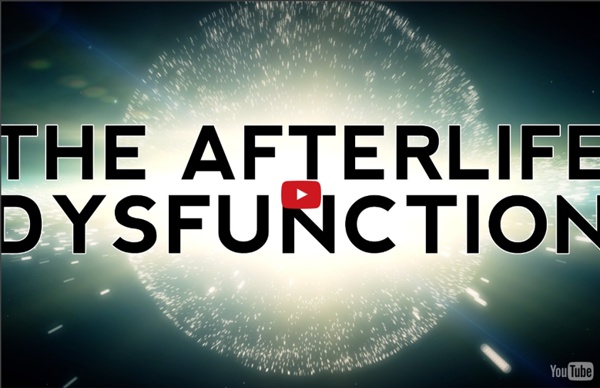 Scientific Proof Thoughts & Intentions Can Alter The Physical World Around Us Dr. Masaru Emoto, a researcher and alternative healer from Japan has given the world a good deal of evidence of the magic of positive thinking. He became famous when his water molecule experiments featured in the 2004 film, What The Bleep Do We Know? His experiments demonstrate that human thoughts and intentions can alter physical reality, such as the molecular structure of water. The rice experiment is another famous Emoto demonstration of the power of negative thinking (and conversely, the power of positive thinking.) Is this proof that consciousness and intention can affect the “physical” material world around us? Masaru Emoto’s Water Crystal Experiments The hypothesis that water “treated” with intention can affect ice crystals formed from that water was pilot tested under double-blind conditions. Consciousness has measurable effects on the geometric structure of water crystals. Thanks to: KarmaJello Additional Resources/credits:

Bill McKibben on Hurricane Sandy and Climate Change: "If There Was Ever a Wake-up Call, This Is It" This is a rush transcript. Copy may not be in its final form. AMY GOODMAN: We’re on the road in Medford, Oregon, broadcasting from Southern Oregon Public Television. Much of the East Coast is shut down today as residents prepare for Hurricane Sandy, a massive storm that could impact up to 50 million people from the Carolinas to Boston. New York and other cities have shut down schools and transit systems. Hundreds of thousands of people have already been evacuated. Meteorologists say Sandy could be the largest ever to hit the U.S. mainland. While the news media have been covering Hurricane Sandy around the clock, little attention has been paid to the possible connection between the storm and climate change. We begin today’s show with two guests. We welcome you both to Democracy Now! BILL McKIBBEN: Well, I think, Amy, that the first thing is this is a storm of really historic proportion. BILL McKIBBEN: Yeah. AMY GOODMAN: I don’t think it was raised at all in the three debates.

The Experience and Perception of Time What is ‘the perception of time’? The very expression ‘the perception of time’ invites objection. Insofar as time is something different from events, we do not perceive time as such, but changes or events in time. But, arguably, we do not perceive events only, but also their temporal relations. So, just as it is natural to say that we perceive spatial distances and other relations between objects (I see the dragonfly as hovering above the surface of the water), it seems natural to talk of perceiving one event following another (the thunderclap as following the flash of lightning), though even here there is a difficulty. For what we perceive, we perceive as present—as going on right now. Kinds of temporal experience There are a number of what Ernst Pöppel (1978) calls ‘elementary time experiences’, or fundamental aspects of our experience of time. Duration The inference model may be plausible enough when we are dealing with distant events, but rather less so for much more recent ones.

The Story of Stuff Project ParadigmOfComplexity The last few decades have seen the emergence of a growing body of literature devoted to a critique of the so-called “old” or “Cartesian-Newtonian” paradigm which, in the wake of the prodigious successes of modern natural science, came to dominate the full range of authoritative intellectual discourse and its associated worldviews. Often coupled with a materialistic, and indeed atomistic, metaphysics, this paradigm has been guided by the methodological principle of reductionism. The critics of reductionism have tended to promote various forms of holism, a term which, perhaps more than any other, has served as the rallying cry for those who see themselves as creators of a “new paradigm.” At the forefront of such a challenge, and in many ways the herald of the new paradigm, is the relatively new movement of transpersonal psychology. In taking seriously such experiences, transpersonal theory has been compelled to transcend the disciplinary boundaries of mainstream psychology. C.

Mistaken For Strangers Official Trailer #1 (2013) - The National Documentary HD Philosophy of perception Do we see what is really there? The two areas of the image marked A and B, and the rectangle connecting them, are all of the same shade: our eyes automatically "correct" for the shadow of the cylinder. The philosophy of perception is concerned with the nature of perceptual experience and the status of perceptual data, in particular how they relate to beliefs about, or knowledge of, the world.[1] Any explicit account of perception requires a commitment to one of a variety of ontological or metaphysical views. Categories of perception[edit] We may categorize perception as internal or external. Internal perception (proprioception) tells us what is going on in our bodies; where our limbs are, whether we are sitting or standing, whether we are depressed, hungry, tired and so forth.External or Sensory perception (exteroception), tells us about the world outside our bodies. The philosophy of perception is mainly concerned with exteroception. Scientific accounts of perception[edit] See also[edit]

Richard Heinberg: why end of growth can mean more happiness Squeeze light to teleport quantum energy - physics-math - 23 January 2014 Putting the squeeze on light may be the key to teleporting energy across vast distances. Although the amount of energy that could theoretically be transmitted is tiny for now, it could be enough to power quantum computers that don't overheat. For years physicists have been smashing distance records for quantum teleportation, which exploits quantum entanglement to send encrypted information. No physical matter is transmitted, and nothing is travelling faster than light. Physicists have done this with light and with matter, such as entangled ions. Quantum toothpaste Theory has it that a vacuum is not truly empty – it is constantly roiling with tiny fluctuations that cause particles to pop in and out of existence. The quantum field in the vacuum of space is usually at its lowest energy level. Light work To get greater reach, Hotta and his colleagues have now applied a twist to their theory that adds squeezed light to the vacuum. Normally, photons travelling through a vacuum arrive randomly.