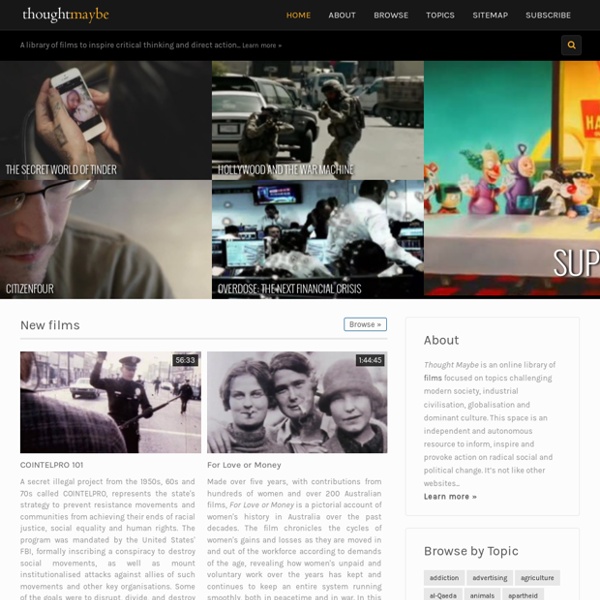 6 Stupid Characters That Hollywood Now Puts In Every Movie Writing realistic and compelling characters is, like, really hard to do -- and it only becomes more difficult when you're trying to write realistic characters in a world of rampaging mutant scientists and dinosaur skirmishes. Since solid (even marginal) character development has lately taken a backseat to finding excuses for the heroes to get tossed from one action setpiece to the next, we've started to see the same inexplicable character traits spring up in our favorite blockbusters over and over again, like big dumb weeds. Don't believe me? Then how come ... #6. Paramount Pictures There's a scene in the record-breaking Jurassic World in which the two kids escape their gigantic clowny hamster ball in order to be thrillingly chased by a genetically-bastardized monster cartoon. Universal Studios"LOL! After narrowly escaping a nightmarish death by mere inches, the brothers crawl out of the water while sharing a hearty chuckle, like a couple of rough-and-tumble Indiana Joneses. #5. #4.

70 Years Later, World War II Still Defines Good and Evil by Robert Montenegro If you watched the new Star Wars trailer last week, you probably spotted some very Leni Riefenstahl-esque scenes featuring stormtroopers: the massive architecture, uniform lines of troops, dominating symbols of power. The references to Nazi Germany aren't what you'd call subtle. They don't need to be. We all get what's going on. Historian Anthony Beevor explored this topic in an article published last week at The Daily Mail. "I think it is because we now live in a demilitarised society – a health-and-safety environment almost devoid of personal risk and moral decisions. Beevor believes that our current world is relatively bereft of conflict and moral dilemma. Beevor also makes several interesting points about how we too often (wrongly) look to World War II as a teaching tool for the future. This final point relates to something I'd like to add. The war's continued influence on storytelling can therefore be summed up simply. Read more at The Daily Mail

Flicker: Your Brain on Movies by Jeffrey Zacks – how Hollywood has changed your mind These days, human beings are nowhere more at home than in front of a screen. I refer you to Gogglebox, the Channel 4 series in which families and friends are filmed as they watch TV. Warm and secure, they exhibit all the behaviours you would expect of a species in its natural habitat: feeding, laughing, crying and fighting. A few weeks ago we saw viewers’ reactions to a scene from Casino Royale. None of this would come as a surprise to Jeff Zacks. What about the emotional impact of moving images? There is a lot of neuroscience and even more experimental psychology in Flicker, but thankfully Zacks is an academic who remembers how to communicate with ordinary people. Second, and perhaps more surprisingly, Zacks argues that there need be no further controversy about whether violence on TV, in games, or on film makes those exposed to it more aggressive: it does.

Movie Reviews and Ratings by Film Critic Roger Ebert | Roger Ebert Hollywood has ruined method acting | Movie News | SBS Movies Of all the stories surfacing about the new DC Comics film Suicide Squad—from the dismal reviews to the box-office reports—the most disconcerting are the ones that detail how Jared Leto got into his role as the Joker. Leto was reportedly so committed to the part that he gifted the cast and crew with a litany of horrible items: used condoms, a dead pig, a live rat. To get into the character’s twisted mindset, he also watched footage of brutal crimes online. Watching Leto tell one disturbing tale after another makes one thing abundantly clear: Method acting is over. Leto was, of course, following Heath Ledger’s towering, Oscar-winning performance as the Joker in 2007’s The Dark Knight, so he had to differentiate himself not just stylistically and on screen, but also in the press. So it isn’t surprising that Leto and his castmates used shocking stories to help build a mythology around the movie. Of course, you can’t talk about method’s present-day allure without mentioning Marlon Brando.

Mulholland Drive leads the pack in list of 21st century's top films | Film David Lynch’s surrealist masterpiece Mulholland Drive, which even its most ardent fans admit is as maddeningly baffling as it is mesmerising, has been named the greatest film of the 21st century. A poll by BBC Culture of 177 film critics from 36 countries aimed to find the best films of recent memory. The resulting top 100 list has Mulholland Drive (2001) at No 1, followed by Wong Kar-wai’s In the Mood for Love (2000); There Will Be Blood (2007); Spirited Away (2001); and Richard Linklater’s Boyhood (2014). The most popular directors in the list, all with three films each, were Wes Anderson, Apichatpong Weerasethakul, Christopher Nolan, Michael Haneke, Paul Thomas Anderson and Joel and Ethan Coen. Matthew Anderson, the editor of BBC Culture, said greatest film polls often looked right back into the past. “But we wanted to find out about the best films in recent memory. Each critic was allowed to submit 10 films which resulted in a total of 599, then sorted into the top 100. 29. 49. 81 A.I.

Punks, UFOs, and Heroin: How ‘Liquid Sky’ Became a Cult Movie “What connection can there possibly be between UFOs and heroin?” asks a character in Slava Tsukerman’s cult classic from 1982, Liquid Sky. It’s not really a question I pondered myself during my own years of addiction, but apparently enough people find it intriguing to attend screening after screening, in many countries, wearing makeup and outfits in homage to the specific style of the film, for the last 31 years. Before attending Friday’s screening at the BAM, I had a long talk with the director at his Manhattan apartment, where part of the movie was filmed back in those dark and distant 80’s. A detail that struck me is that apparently it’s not just the hip and fashionable who enjoy Liquid Sky. The plot, which deserves a quick re-telling, is unique. There is a lot of elaborate make-up and costuming, and then a UFO arrives. So our heroine, who has been raped and abused in the beginning of the film, figures out that “she has a cunt that kills.” Is this a comedy? Thank You! Apparently.

Siskoid's Blog of Geekery: Dr. Strangelove: The Cold War as Sexual Tension Last week, I made the claim that Stanley Kubrick's Dr. Strangelove or How I Learned to Stop Worrying and Love the Bomb was one long sexual metaphor for the Cold War. While this occurred to me unbidden, I'm sure I'm not the first to say so. One of the keys to the assertion that Strangelove develops an onscreen sexual relationship between two countries is the opening credits sequence. The other major component is the bizarre rantings of General Jack D. He has now applied this motivation to an illegal preemptive strike on the USSR. Men on the American side are basically separated into two types in the film. While Ripper's rampant (if restrained) sexuality is obvious, the same holds true of other military types. (She also appears as a Playboy centerfold with a book on Foreign Affairs on her fanny, linking her with Russia.) Last, but not least, we have Major Kong aboard the bomber, which is the delivery system for the bomb, indelicately put, the penis of our story.

Vertigo is named 'greatest film' 2 August 2012Last updated at 03:47 ET Kim Novak starred in Alfred Hitchcock's 1958 suspense thriller Alfred Hitchcock's Vertigo has replaced Orson Welles's Citizen Kane at the top of a poll that sets out to name one film "the greatest of all time". The British Film Institute's Sight and Sound magazine polls a selected panel once a decade and Citizen Kane has been its top pick for the last 50 years. This time 846 distributors, critics and academics championed Vertigo, about a retired cop with a fear of heights. Starring James Stewart and Kim Novak, Vertigo beat Citizen Kane by 34 votes. In the last poll held 10 years ago, Hitchcock's 1958 thriller came five votes behind Welles's 1941 classic. Its triumph coincides with the launch of the BFI's Genius of Hitchcock season, a major retrospective celebrating the acclaimed "master of suspense". Camera trick Vertigo, the film Hitchcock regarded as his most personal, sees the director tackle obsessional love, one of his recurring themes. 1. 2. 3. 4. 5.