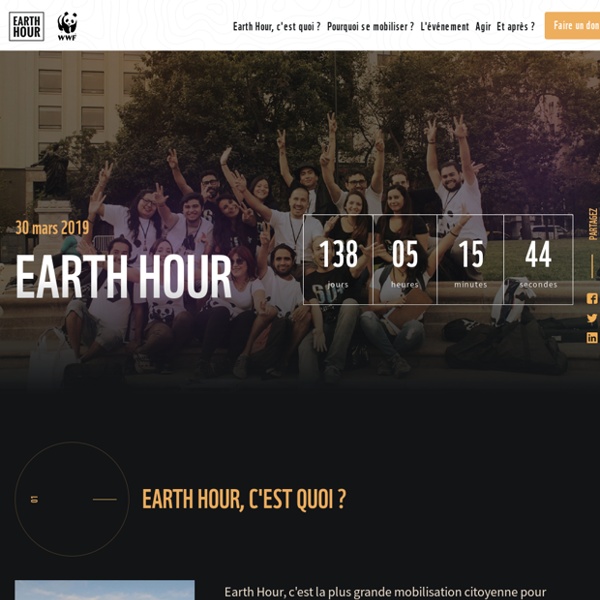 Water & oil: One battle to save the Sacred Headwaters ends, another begins Editor’s note: This is part 3 of Grist’s series on the Sacred Headwaters. Read part 1 here and part 2 here. If one image could inflame the sense memories of almost everyone involved in the Sacred Headwaters battle, it’d be a familiar ketchup-red and mustard-yellow scallop — the logo of Dutch Royal Shell. It’s an innocuous mollusk on which to paint feelings of despair, hope, pride, frustration, desire, and anger. Conference Schedule & Talk Descriptions // beyond tellerrand 2011 We did our best to create an interesting and colorful schedule for you. Have a look on Monday and Tuesday, but please note that this schedule is subject to change. If you want to print out a schedule, use our PDF. We created one in A6 (format of a postcard) and one in A5. Monday, 21st

Recipe Index You know those days when you wake up and your heart just feels full? Yep, right here. Full. And inspired. And humbled. And thankful. Aboriginal rights a threat to Canada's resource agenda, documents reveal The Canadian government is increasingly worried that the growing clout of aboriginal peoples’ rights could obstruct its aggressive resource development plans, documents reveal. Since 2008, the Ministry of Aboriginal Affairs has run a risk management program to evaluate and respond to “significant risks” to its agenda, including assertions of treaty rights, the rising expectations of aboriginal peoples, and new legal precedents at odds with the government’s policies. Yearly government reports obtained by the Guardian predict that the failure to manage the risks could result in more “adversarial relations” with aboriginal peoples, “public outcry and negative international attention,” and “economic development projects [being] delayed.” “There is a risk that the legal landscape can undermine the ability of the department to move forward in its policy agenda,” one Aboriginal Affairs’ report says.

Kisko Labs Sito Kaiku Sito is a Finnish company that provides comprehensive infrastructure, traffic and environmental services. We've worked with them extensively to create and develop Kaiku, their project collaboration tool. You have to see these pictures of Seattle’s kayaking climate protesters An estimated 500 climate activists took to kayaks, canoes, paddleboards, and even a solar-powered party barge on Saturday to tell Shell to get the hell out of Seattle. Rallying cry: #sHellNo! The oil giant brought a huge drilling rig, the Polar Pioneer, to the city’s port on Thursday, over objections from the mayor, city council, and a whole lot of pissed-off Seattleites. Shell plans to use the port as a staging ground for oil drilling operations in the Arctic over the next two years. The kayaktivists made their objections clear — and made for a pretty spectacle against the blue-gray background of Puget Sound.

New Adventures In Web Design 2012 £150 per workshop Buy ticket Workshops will run simutaneously, so unless you’re blessed with powers that allow you to be in two places at once, please book one workshop per person. Three incredible half-day workshops of pure knowledge-bombs from the super-minds of Trent Walton, Ben Bodien, and The Standardistas.

Fossil fuel companies aren’t just bad for the climate — they’re bad investments Activists often use moral language when advocating for divestment from fossil fuel companies: It is wrong to participate in the destruction of our planet, say college students and the parishioners of liberal churches. We should express our disapproval by divesting, they argue, and help to build momentum for carbon regulation and cleaner energy sources. But what if fossil fuels are just bad investments?

Stop the Tesoro-Savage oil-by-rail export terminal This week, Congress give Big Oil a huge holiday gift: lifting the four-decades-old ban on crude oil exports.1 With the ink still drying on the landmark Paris climate agreement, this is a significant setback that could promote U.S. drilling and increase carbon emissions. That makes it more important than ever to stop the next step in Big Oil’s plans: building huge terminals to export more crude overseas, like the massive Tesoro-Savage oil train terminal proposed in Vancouver, Washington. Tesoro-Savage would be the largest oil-by-rail facility in North America,2 shipping up to 360,000 barrels per day of crude to be burned across the world — making the project nearly half the size of the Keystone XL pipeline. Washington officials are now taking public comments on the plan. Washington Governor Jay Inslee has shown strong climate leadership, and it’s vital to let him know that people in Washington, and across the country are standing against this project.

Climate activists and pipeline protesters turn to civil disobedience in the Northeast Nine climate activists are facing charges in New York state for an act of civil disobedience. One day in November, they blocked the entrance to a parking lot in Montrose, N.Y., where work is being done on a major natural gas pipeline expansion, the Algonquin Incremental Market (AIM) Project. Now they plan to defend themselves in court on the grounds that their actions were necessary to protect humanity from climate disruption. Consider it a form of self-defense.

Corporate Accountability International Big news broke last year: Exxon knew about climate change in the 1970s. And surprise, surprise, it’s been promoting climate denial and subverting climate policy in the decades since. Exxon didn’t come clean about what it found, and has spent tens of millions of dollars over the past forty years, along with the rest of the world’s biggest polluters, trying to convince us all that climate change isn’t real. When that didn’t work, it said climate change isn’t that bad, and when that failed, it said, “Oh hey, it’s not our fault.” And the result of all this deception?