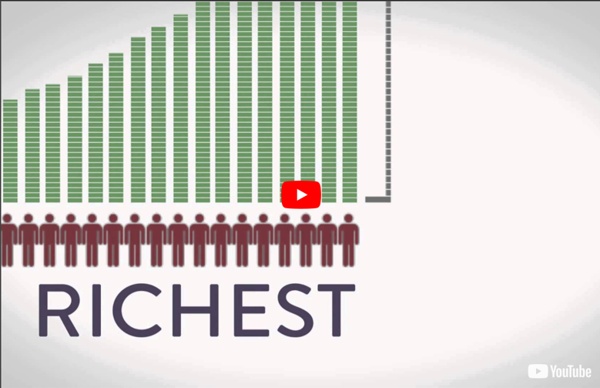 Philadelphia releases strategic transportation plan Dive Brief: Philadelphia has released its first strategic transportation plan, Connect, which will guide transportation priorities and investments over the next seven years. The plan aims to provide residents a safe, affordable, accessible and reliable transportation system.The plan outlines a number of goals and actions, including revamping bus service, expanding bike-share, addressing traffic congestion, creating neighborhood slow zones, ensuring a walkable city and managing parking and curbside space.An underlying theme throughout the plan is fostering equity and making sure that people in all neighborhoods experience benefits from the transportation system and the access to opportunities that it provides.

Carstarphen's views on investing public dollars Plans to build a new Atlanta school and community health center using public and private dollars received a $3.5 million boost from corporate donors. The project in northwest Atlanta has been hailed by the Atlanta Public Schools superintendent as an example of the kind of development that should attract public investment as a tool to spark neighborhood revitalization. APS is spending $18.5 million to build a new Woodson Park Academy at the site of the former Woodson Elementary School on Donald Lee Hollowell Parkway.

Dallas, we have a duty to kids and to ourselves to fund good education  However, there is a major roadblock. DISD needs more funds to continue the investments and improvements. While I could whine all day about Texas school finance issues, including the problem with "recapture" or "Robin Hood," I am not confident that our Texas Legislature will resolve those funding issues in the near future. But we need to understand that the needs are immediate.

Extensive Data Shows Punishing Reach of Racism for Black Boys Black boys raised in America, even in the wealthiest families and living in some of the most well-to-do neighborhoods, still earn less in adulthood than white boys with similar backgrounds, according to a sweeping new study that traced the lives of millions of children. White boys who grow up rich are likely to remain that way. Black boys raised at the top, however, are more likely to become poor than to stay wealthy in their own adult households. Most white boys raised in wealthy families will stay rich or upper middle class as adults, but black boys raised in similarly rich households will not. …and see where they end up as adults:

The EU’s patchwork social pillar on work-life balance EU leaders launched the Social Pillar in Gothenburg in November 2017, as part of the Juncker Commission’s plan to show that the EU is more than just a watchdog over national fiscal policies. So the decision by the Austrian EU Council presidency to cancel the planned meeting of the Employment, Social Policy Council (EPSCO) on 11 October was seen by many as a setback. The meeting was due to discuss progress on the European Pillar of Social Rights, and in particular the establishment of a European Labour Authority. “Urgent implementation is not an ‘optional extra’ but a priority of fundamental importance,” said Luca Visentini, secretary general of ETUC, European Trade Union Confederation. “The Social Pillar includes badly needed measures to improve the lives of workers in Europe: tackling precarious and insecure work, fostering a better work-life balance and guaranteeing stronger social protection,” he added.

More than three million Australians living in poverty, Acoss report reveals Poverty has become a consistent feature of Australian life, with millions still living below the breadline despite 27 years of uninterrupted economic growth, the Australian Council of Social Service says. A vital circuit-breaker is needed, including a complete overhaul of Australia’s employment services, a commitment to “full employment” and a guarantee of at least two days a week of early childhood care – highly subsidised for people on low incomes – and education for every child. A new report, Poverty in Australia 2018, has been released to coincide with Anti-Poverty Week. It shows there are just over three million people (13.2%) living below the relative poverty line, including 739,000 children (17.3% of children). The relative poverty line is considered to be 50% of median household disposable income.

You can't age well when you're living in poverty Physical preparation, including in middle age, is now well and truly associated with ageing well. There is an abundance of evidence to suggest that tackling obesity, improving diet, increasing physical activity and so on will pay dividends as we age, staving off chronic disease and offering better protection against other conditions. What we have been much less alert to is the very real risk that poverty poses for significant numbers of older people in South Australia. Poverty sits across the turnstile to ageing well, blocking access. It is high time we paid it similar attention. Inequality is growing across the developed world including in Australia but it is in older age that poverty bites hardest.

India Has Halved Its Poverty Rate In The Last 10 Years, Says Recent Report After 1981, China managed to lift around 500 million people out of poverty. Since then, the poverty scales all over the world have been slowly decreasing. That was until the United Nations Development Programme released the 2018 global Multidimensional Poverty Index (MPI) in September. Effects of Credit Supply on Unemployment and Income Inequality The Great Recession, which was preceded by the Financial Crisis, resulted in higher unemployment and income inequality. We propose a simple model where firms producing varieties face labor-market frictions and credit constraints. In the model, tighter credit leads to lower output, a lower number of vacancies, and higher directed-search unemployment. If workers are more productive at higher levels of firm output, then a lower credit supply increases firm capital intensity, raises income inequality by increasing the rental of capital relative to the wage, and has an ambiguous effect on welfare.

Charitable giving goes down as income inequality goes up, Duquette study finds - USC Price USC Price Assistant Professor Nicolas Duquette (Photo by Deirdre Flanagan) By Matthew Kredell New research from USC Price School of Public Policy Assistant Professor Nicolas Duquette shows that when the rich get richer, they don’t donate more to charitable causes. Prevailing narratives of charitable giving in history, economic theory and philanthropic thought all agree that the more people have, the more they give — and this is a mitigating factor on inequality.

Sweden has EU's lowest proportion of people living in serious poverty That corresponds to around 100,000 people, and is well below the EU-average of seven percent of the population. "Even though there is little difference compared to Norway, Switzerland and a few other countries, Sweden now has the lowest level of material poverty," said Philip Andö, an SCB statistician. "When it comes to material poverty, the unemployed are the group that stand out most, with a proportion of eight percent (living in poverty) compared to one percent for the general population." Living in serious material poverty is defined as being unable to afford four out of nine items considered important for a good quality of life, including rent, heating of housing, unexpected expenses, holidays, and regularly eating meat or another protein. In Sweden, the proportion of people who meet these criteria has remained stable at around one percent over recent years, with a decline of around one percentage point over the past decade.

The Poor People’s Campaign Calls Out ‘Policy Violence’ Shortly after her husband was assassinated in 1968, Coretta Scott King spoke at a rally in front of tens of thousands of people, including members of the original Poor People’s Campaign. She reflected on society’s “routine” violence against people in poverty and minorities. “Starving a child is violence,” she said, and continued: Suppressing a culture is violence.

Fortune Silicon Valley leaders love to talk about meritocracy. But while the region’s top 10% of earners continue to enjoy outsized earnings, wages for the other 90% of income earners are lower—in some cases much lower—than they were 20 years ago. According to a new, deeply detailed report, middle-class workers in Silicon Valley have seen wages drop as much as 14% in the past two decades, and lower-income households have seen wages sag about 1% lower. Meanwhile, the tech sector’s highest paid workers have seen their wages increase as much as 38%.

Geographic Economic Inequality Is Growing in the U.S. The economic gap between have and have-not places continues to widen. It’s not just economic inequality—the gap between the rich and the poor—that is growing ever wider. Geographic inequality, the divide between rich and poor places, is too. America’s growing geographic or spatial inequality is documented in great detail in recent studies from the Economic Innovation Group (EIG) and The Hamilton Project of Brookings Institution. The EIG report, released earlier this week, uses data on income, jobs, business dynamism, educational attainment, unemployment, vacant housing, and poverty, to track the performance of thousands of zip codes across America over two periods, 2007 to 2011 (defined by the study as the recession) and 2012 to 2016 (recovery).