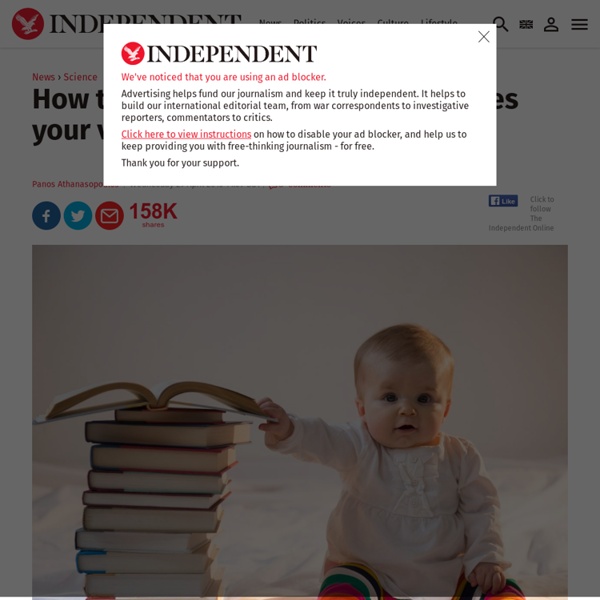 Bilinguals get all the perks. Better job prospects, a cognitive boost and even protection against dementia. Now new research shows that they can also view the world in different ways depending on the specific language they are operating in. The past 15 years have witnessed an overwhelming amount of research on the bilingual mind, with the majority of the evidence pointing to the tangible advantages of using more than one language. Going back and forth between languages appears to be a kind of brain training, pushing your brain to be flexible. Just as regular exercise gives your body some biological benefits, mentally controlling two or more languages gives your brain cognitive benefits. Germans know where they’re going In research we recently published in Psychological Science, we studied German-English bilinguals and monolinguals to find out how different language patterns affected how they reacted in experiments. Switch languages, change perspective

12 metacognition-modelling strategies for the foreign language classroom Metacognitive skills are arguably the most important set of skills we need for our journey through life as they orchestrate every cognitive skill involved in problem-solving, decision-making and self-monitoring (both cognitive and socio-affective). We start acquiring them at a very early age at home, in school, in the playground and in any other social context an individual interacts with other human beings. But what are metacognitive skills? Does the Language I Speak Influence the Way I Think? Is it true that the language I speak shapes my thoughts? People have been asking this question for hundreds of years. Linguists have been paying special attention to it since the 1940's, when a linguist named Benjamin Lee Whorf studied Hopi, a Native American language spoken in northeastern Arizona. Based on his studies, Whorf claimed that speakers of Hopi and speakers of English see the world differently because of differences in their language. What we have learned is that the answer to this question is complicated.

Free for All: NYPL Enhances Public Domain Collections For Sharing and Reuse Today we are proud to announce that out-of-copyright materials in NYPL Digital Collections are now available as high-resolution downloads. No permission required, no hoops to jump through: just go forth and reuse! The release of more than 180,000 digitized items represents both a simplification and an enhancement of digital access to a trove of unique and rare materials: a removal of administration fees and processes from public domain content, and also improvements to interfaces — popular and technical — to the digital assets themselves. Online users of the NYPL Digital Collections website will find more prominent download links and filters highlighting restriction-free content; while more technically inclined users will also benefit from updates to the Digital Collections API enabling bulk use and analysis, as well as data exports and utilities posted to NYPL's GitHub account. We've made it easier than ever to search, browse, and download public domain items in Digital Collections.

Holy Francis! Pope drops f-bomb as he stumbles over Italian word in weekly blessing Warning graphic language Pope Francis’s fallibility was front and centre Sunday as he accidentally dropped the Italian equivalent of ‘f–k’ into his weekly blessing as thousands of people watched from St. Peter’s Square. “If each of us were to accumulate wealth not only for ourselves but to put at the service of others, in this f–k [cazzo] — in this case [caso] — God’s providence would manifest itself in this gesture of solidarity,” he said, according to The Telegraph. Francis confused “caso,” the Italian word for example or case, with “cazzo,” a swear word similar to f–k that literally means penis as he tried to spread a message of world peace.

Why Finland loves saunas Image copyright Getty Images The only Finnish word to make it into everyday English is "sauna". But what it is, and how much it means to Finns, is often misunderstood - and it's definitely not about flirtation or sex. In a dimly lit wood-panelled room, naked men sit in silence, sweating.

Disgusting Synonyms, Disgusting Antonyms Relevance Relevance ranks synonyms and suggests the best matches based on how closely a synonym’s sense matches the sense you selected. Complexity Complexity sorts synonyms based on their difficulty. How to sneeze, slurp and burp in different languages Achoo, hat xi, achee, hatschi, apchkhi, hapsu, are just some of the ways to make your sneeze multilingual. We know this thanks to Manchester-based illustrator James Chapman, who is kick starting a Kickstarter to fund the publication of his latest book on onomatopoeia, How to Sneeze in Japanese. While his previous works, Soundimals, taught us that "woof" in Mandarin is "wong", the new book spells out how to say all those everyday human noises - burping, sneezing, slurping - in a whole bunch of languages.