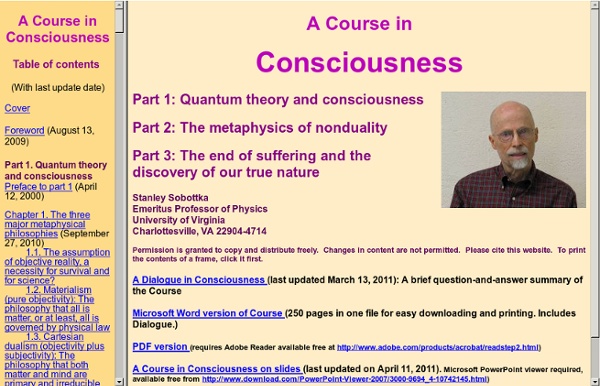 New neurons help us to remember fear Fear burns memories into our brain, and new research by University of California, Berkeley, neuroscientists explains how. Scientists have long known that fear and other highly emotional experiences lead to incredibly strong memories. In a study appearing online today (Tuesday, June 14) in advance of publication in the journal Molecular Psychiatry, UC Berkeley’s Daniela Kaufer and colleagues report a new way for emotions to affect memory: The brain’s emotional center, the amygdala, induces the hippocampus, a relay hub for memory, to generate new neurons. The figure shows newly born nerve cells (green) colocalizing with a neuronal marker which indicates immature nerve cells (red).

The Mystery Behind Anesthesia Going under: Emery Brown’s quest to understand how anesthesia affects the brain could ­provide crucial clues about what goes wrong in certain ­disorders. A video screen shows a man in his late 60s lying awake on an operating table. Just outside the camera’s view, a doctor is moving his finger in front of the man’s face, instructing him to follow it back and forth with his eyes. Seconds later, after a dose of the powerful anesthetic drug propofol, his eyelids begin to droop.

Examining the Society of Mind To appear in the journal Computing and Informatics. Push Singh 28 October 2003 push@mit.edu Media Lab Massachusetts Institute of Technology 20 Ames Street Cambridge, MA 02139 United States The Unexpected Reason Facebook May Be Good For Older Adults Spending time on Facebook has been shown to reduce stress levels, slow down heart rates and -- generally speaking -- just simply relax people. Now new research suggests that learning to use Facebook may have an additional benefit for adults over 65: a sharpening of mental abilities. Janelle Wohltmann, a graduate student in the University of Arizona department of psychology, set out to see whether teaching older adults to use the popular social networking site could give a boost to their cognitive performance and make them feel more socially connected. Her preliminary findings, which she shared this month at the International Neuropsychological Society Annual Meeting in Hawaii, reveal that older adults, after learning to use Facebook, performed about 25 percent better on memory tasks. During her study, Wohltmann helped train 14 older adults who had never before -- or who had rarely used -- Facebook so that they ultimately amassed new online friends while posting daily on the site.

Tips, Tools and Techniques for Marketers Around the Globe In Go Mobile, the book I’ve written with Jeanne Hopkins from HubSpot, we review a list of the 14 most powerful words in marketing so that readers can use them in their mobile marketing campaigns. This post gives you a sneak peak at the list that’s included in the book. Enjoy. Have you ever bought a product that you didn’t really need? You know the kind — they’re often found in the aisle displays at Lowe’s, WalMart or Barnes & Noble.

[2.0] Refining The Art v2.3.1 / chapter 2 of 13 / 01 nov 12 / greg goebel / public domain * The invention of frequency analysis made simple monoalphabetic substitution ciphers much too easy to crack, and led cryptographers to design new and more formidable codes and ciphers over the next centuries; the contest between codemaker and codebreaker escalated to a higher level. In the meantime, the general public began to recognize the use of codes and ciphers, and simple cryptosystems came into popular use. * The Arab world was well ahead of the West in cryptanalysis, but in European monasteries, monks engaged in analysis of Biblical texts kept interest in cryptology alive in the West. Their interest was provoked partly by the fact that the original Hebrew sources of the Old Testament actually include enciphered words, though more as a literary gimmick than to keep secrets.

MILLIONAIRE'S ISLAND: A Simple Example Of Why 'Rich People' Don't Create Jobs wikipedia commons An unspoiled wilderness with no poor people. Paradise! Creating False Memories Elizabeth F. Loftus In 1986 Nadean Cool, a nurse's aide in Wisconsin, sought therapy from a psychiatrist to help her cope with her reaction to a traumatic event experienced by her daughter. During therapy, the psychiatrist used hypnosis and other suggestive techniques to dig out buried memories of abuse that Cool herself had allegedly experienced. In the process, Cool became convinced that she had repressed memories of having been in a satanic cult, of eating babies, of being raped, of having sex with animals and of being forced to watch the murder of her eight-year-old friend.

Tips, Tools and Techniques for Marketers Around the Globe Not too long ago, a friend of mine named Ken Robbins who runs Response Mine Interactive told me there are only three things people are interested in paying money for — Love, Weight Loss and Getting Rich. He was simplifying things a bit. After all, Ken’s company sells plenty of things that don’t have to do with love, weight loss or getting rich. But his point was a good one — that humans function in very basic, very instinctive ways. And if you, as a marketer, can tap into those instincts, you can make a lot of money. "Love" is one of the 13 most important emotional triggers for marketers.