Near-Death Experiences and the Afterlife 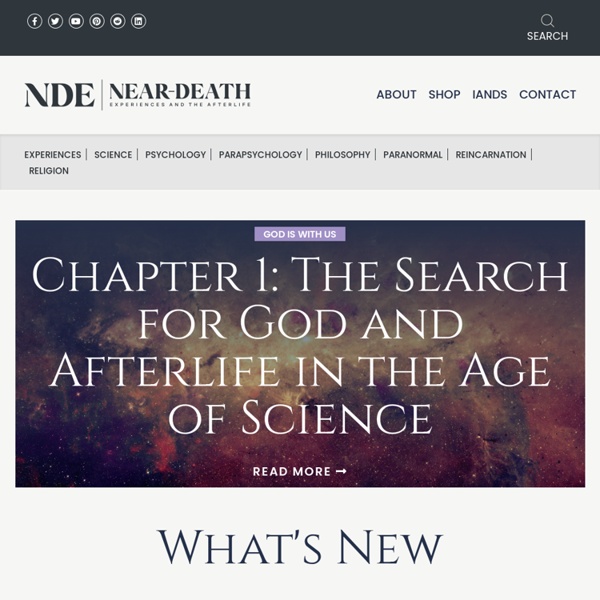 Read or download Character-Types Of The Unbelievers Our guidance to the truth with which we can discover the purpose of creation, distinguish right from wrong, and learn the true meaning of life, is the Qur’an. Because, the Qur’an was revealed by Allah, Who created human beings, and Who is their only judge and master. Therefore, it is only by living by the morality of religion Allah has revealed in the Qur’an that people may improve on their lack of knowledge, and become cognizant enough to save themselves from the ignorance they are surrounded by. The collective of those who are far removed from the morality of religion, ignoring its important reality, compose the nations of ignorance. But the ignorance we mean here has a far different meaning than the one in common use.

UT History Central Login ★ Join the Texas Exes explore Traditions A to Z Timeline Research on Near Death Experiences I just returned from an exciting conference held at the biotech company, Promega. The meeting was entitled Final Passages: Research on Near Death & the Experience of Dying. This eleventh in a series of bioethics forums was held in Madison, WI, April 26–27, 2012, and focused on scientific research into social and ethical issues around dying and near-death experiences. The Journey to Wild Divine. The world's best computer program for stress relief. The Journey to Wild Divine is a unique computer program for your mind and body that links biofeedback hardware with your computer to create an enlightening experience of wellness. Put simply it's the worlds best computer program for health and wellness. Practice new breathing and meditation techniques using biofeedback to create a renewed sense of balance. It's the perfect addition to your wellness program for a happy mind and a healthy body.

Evernote Corporation Distraction-free reading Create the perfect online reading experience by clearing away everything but the content. Make it your own Choose from several pre-set themes or build one to suit your needs. Save it for later What Happens to the Brain During Spiritual Experiences? - Lynne Blumberg The field of neurotheology uses science to try to understand religion, and vice versa. A devotee in a state of trance is calmed by volunteers at a Buddhist temple in Nakhon Pathom Province, Thailand. (Athit Perawongmetha/Reuters) Nikola Tesla The Secret Movie - Unlimited Free Energy Forever Encyclopedia Britannica lists Nikola Tesla as one of the top ten most fascinating people in history. Nikola Tesla was an electrical engineer who changed the world with the invention of the AC (alternating current) induction motor, making the universal transmission and distribution of electricity possible. So why is he virtually unknown to the general public? Today we pay for electricity as Tesla's free energy devices were destroyed by J.P. Morgan for not being able to earn profit from it.

The Online Learning Blog from Study2U Supposedly browsing the internet requires more brain power than watching television. Although judging from some of the websites we’ve come across that assumption is cast into doubt. Here’s some of the sites we like that might get your brain to sit up and listen. Ted A conference that started in 1984 bringing together experts in technology, entertainment and design quickly grew into so much more. The conference itself is invitation only, but the website features all the talks at the conference in high res video format. A Neuroscientist's Radical Theory of How Networks Become Conscious - Wired Science It’s a question that’s perplexed philosophers for centuries and scientists for decades: Where does consciousness come from? We know it exists, at least in ourselves. But how it arises from chemistry and electricity in our brains is an unsolved mystery. Neuroscientist Christof Koch, chief scientific officer at the Allen Institute for Brain Science, thinks he might know the answer.

The SECRET for Undetectable Mind Control Unless you understand how reality is manifested, your destiny and the destiny of the planet will be in the hands of the ruling elite who do understand it. “Sometimes people don't want to hear the truth, because they don't want their illusions destroyed.” -Friedrich Nietzsche Living in the third dimension can be a blissful experience when you have power, health, wealth, comforts and freedom. That's what the ruling elite have manifested for themselves while the rest of the world struggles with poverty, disease, drug dependency, debt and servitude. 7 Barons Behind Popular Beers You see their names on the labels of your favorite suds, but how well do you really know the beer barons who brought you the frosty refreshment in your glass? As you might expect, a number of the American brewing industry’s pioneers led fairly colorful lives before and after getting their surnames emblazoned on cans and tap handles. Here’s the scoop on a few of the wisest men to ever ferment a little barley. Remember: when in doubt, always marry your former boss’ widow. 1. Eberhard Anheuser

Why Physicists Are Saying Consciousness Is A State Of Matter, Like a Solid, A Liquid Or A Gas — The Physics arXiv Blog There’s a quiet revolution underway in theoretical physics. For as long as the discipline has existed, physicists have been reluctant to discuss consciousness, considering it a topic for quacks and charlatans. Indeed, the mere mention of the ‘c’ word could ruin careers. That’s finally beginning to change thanks to a fundamentally new way of thinking about consciousness that is spreading like wildfire through the theoretical physics community. And while the problem of consciousness is far from being solved, it is finally being formulated mathematically as a set of problems that researchers can understand, explore and discuss. Today, Max Tegmark, a theoretical physicist at the Massachusetts Institute of Technology in Cambridge, sets out the fundamental problems that this new way of thinking raises.