Can hypnosis improve the functioning of injured brains? Think about a situation in the past few years where your mind was at its very best. 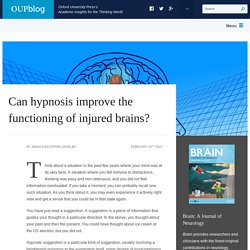 A situation where you felt immune to distractions, thinking was easy and non-strenuous, and you did not feel information-overloaded. What Trump's hand gestures say about him. The First Impression Men And Women Find Most Attractive. Some will be updating their dating profile pics after reading this! 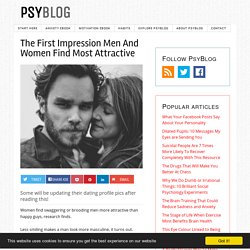 Women find swaggering or brooding men more attractive than happy guys, research finds. Less smiling makes a man look more masculine, it turns out. The results were the exact opposite for women. Professor Jessica Tracy, the study’s first author, said: “While showing a happy face is considered essential to friendly social interactions, including those involving sexual attraction — few studies have actually examined whether a smile is, in fact, attractive.This study finds that men and women respond very differently to displays of emotion, including smiles.” For the research, over 1,000 men and women rated the sexual attractiveness of members of the opposite sex displaying a variety of different emotions. Women preferred the look of men who looked moody and ashamed, or proud and powerful.

Women thought the least attractive first impression on a man was smiling. Men were least attracted to women who looked proud and confident. Want to Win Big? Choose Your Colors Carefully. Here at OZY, we love color. 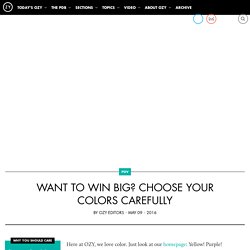 The Family Relationship That Could Be Most Responsible For Your Emotional Life. The ‘corticolimbic system’ plays an important role in mood disorders, such as depression. 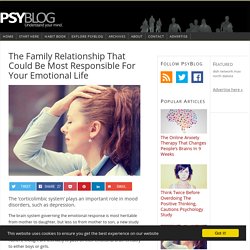 The brain system governing the emotional response is most heritable from mother to daughter, but less so from mother to son, a new study finds. Fathers, though, are less likely to pass on their emotional brain circuitry to either boys or girls. The corticolimbic system is made up of the amydala, hippocampus, anterior cingulate cortex and ventromedial prefrontal cortex. Why the Myers-Briggs test is totally meaningless. Lifehack. Whether you look at it in the context of your career, personal life, or dating, first impressions are incredibly important. 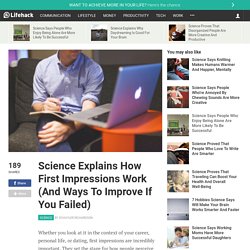 How our sense of smell works as a mysterious sixth s... Noam Sobel can’t stop watching you sniff your hands. 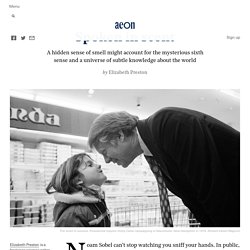 In public, he sees people doing it everywhere. Here a man is leaning on one elbow, his palm covering his nose. Over there someone is playing with her upper lip, her fingers hovering just below her nostrils. The Science of Facial Hair: What Signals Do Beards, Stubble, and Mustaches Send to Others? Embattled Childhoods May Be the Real Trauma for Soldiers With PTSD.

News New research on posttraumatic stress disorder (PTSD) in soldiers challenges popular assumptions about the origins and trajectory of PTSD, providing evidence that traumatic experiences in childhood – not combat – may predict which soldiers develop the disorder. 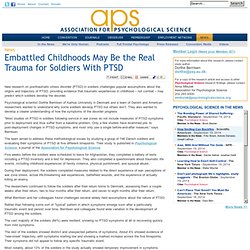 Psychological scientist Dorthe Berntsen of Aarhus University in Denmark and a team of Danish and American researchers wanted to understand why some soldiers develop PTSD but others don’t. They also wanted to develop a clearer understanding of how the symptoms of the disorder progress. Do Humans Have a Monopoly on Consciousness?

How Agreeable Are You? One-Minute Personality Test. How to Instantly Tell If Someone is About to Make a Good Decision (Or Not) Study finds intriguing link between decision-making and this subtle signal. 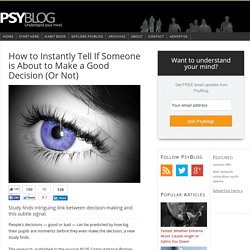 People’s decisions — good or bad — can be predicted by how big their pupils are moments before they even make the decision, a new study finds. The research, published in the journal PLOS Computational Biology, examined the size of people’s pupils (the central dark section of the eye) before they were given a decision-making task (Murphy et al., 2014). Errormanagement_cognitiveconstraints_adaptivedecisionmakingbias.pdf. 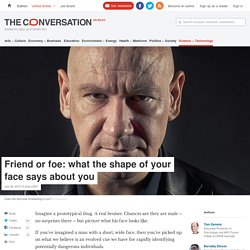 A real bruiser. Chances are they are male – no surprises there – but picture what his face looks like. If you’ve imagined a man with a short, wide face, then you’ve picked up on what we believe is an evolved cue we have for rapidly identifying potentially dangerous individuals. In an article published in PLOS ONE, we conducted a synthesis of 56 research papers involving thousands of participants that measured people’s facial width-to-height ratio.

The image below shows men and women with low and high ratios. 0a85e53c65e5c4b96a000000.pdf. 3 Fundamentally Incorrect Assumptions About Consciousness that Define Modern Science. 8 Psych Studies On How Women Can Get Hit On More...Which is Most Obvious? Could these be 8 of the most obvious findings about attraction ever? 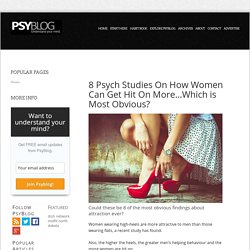 Women wearing high-heels are more attractive to men than those wearing flats, a recent study has found. Also, the higher the heels, the greater men’s helping behaviour and the more women are hit on. The French research is the first ever to look at the vexed question of how a woman’s high-heels affect the behaviour of men (Guéguen, 2014). The research had a woman wearing either flat shoes, 5cm heels or 9cm heels while asking both men and women to fill in a questionnaire or just hanging around in a bar. 8 Psych Studies On How Women Can Get Hit On More...Which is Most Obvious?