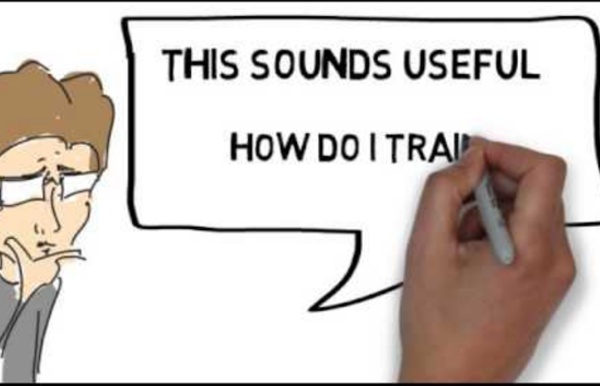 Teenagers and sleep - Family Lives Understanding your teen's body clock "My son David almost missed one of his GCSE’s this summer because he just can't get out of bed in the mornings," says 38 year old Ellen, from Huddersfield. "I have to leave the house at 7.30 and then I'm worrying the whole time, phoning him every 10 minutes to try and make sure he gets up on time for school. But he’s been late several times because he just can’t wake up." How hormones affect the teenage body clock Teenagers and their parents have very different body clocks.

Secrets of the teenage brain Several years ago Frances E Jensen’s 16-year-old son wrote off a car. A few years earlier, her other son had returned from a friend’s house with his hair dyed jet black. The University of Pennsylvania neurologist was finding her teenagers’ erratic behaviour increasingly taxing, so she decided to study teenage thought processes and gathered her research in the book The Teenage Brain. She found that while much had been written about teen psychology and parenting, no one had explained the neurons and cerebral connections that make those years such a unique – and terrifying – part of growing up. The teenage brain has only recently become a subject for serious research, which shows how little was known about it. But does knowing what is going on in a teenager’s brain make them any easier to live with?

Course: alt - Diploma Exam Prep - tips and tricks Adjectives Do you see how much more interesting adjectives can make things? Use adjectives to enhance the description of what you are saying. For example, instead of saying "I was near the ocean" you could say something like "I was near the vast, salty ocean." What other adjectives can you think of to describe the ocean? Oprah Winfrey's Golden Globes speech: the full text The following is the full text of Oprah Winfrey’s speech as she accepted the Cecil B DeMille Award at Sunday’s Golden Globe Awards: In 1964, I was a little girl sitting on the linoleum floor of my mother’s house in Milwaukee watching Anne Bancroft present the Oscar for Best Actor at the 36th Academy Awards. She opened the envelope, and said five words that literally made history: “The winner is Sidney Poitier.” Up to the stage came the most elegant man I had ever seen. I remember his tie was white and, of course, his skin was black. And I’d never seen a black man being celebrated like that.

Why Procrastinators Procrastinate PDF: We made a fancy PDF of this post for printing and offline viewing. Buy it here. (Or see a preview.) pro-cras-ti-na-tion |prəˌkrastəˈnāSHən, prō-| noun the action of delaying or postponing something: your first tip is to avoid procrastination. Who would have thought that after decades of struggle with procrastination, the dictionary, of all places, would hold the solution. Avoid procrastination. 6 ways to teach growth mindset from day one of school Imagine if your new class this fall was full of students who would: Be willing to try new thingsStick with hard tasks and not give upPush themselves to do their best work, not just what’s “good enough”Believe in themselves and their own ability to learn Here’s the great news–these are traits that we can help develop in our students by teaching them about how their brains work. Many students enter our classrooms believing they’re either smart or not smart, good at reading or math, or not good in those areas.

Blame My Brain The revised edition of Blame My Brain – The Amazing Teenage Brain Revealed - first published in 2005 and updated in 2007 and 2013. Signed copies available from my online shop, unsigned copies from all good shops, and the ebook from wherever you normally buy ebooks! BLAME MY BRAIN was shortlisted for the Aventis prize for science-writing, is internationally acclaimed, and has been reprinted many times and translated into other languages.

When is Halloween 2017? True story behind All Souls' Day and All Saints' Day, why we celebrate and terrifying facts Tucked between the cold nights of winter and the falling leaves of autumn we have Halloween - a time of celebration and superstition. But where did the spooky day come from and why do we celebrate it? The spookiest time of the year isn't just a time for kids to dress up and trick or treat. It's thought Halloween started with the ancient Celtic festival of Samhain, when people would wear costumes and roam to ward of ghosts, but it's down to Pope Gregory III's decree in the eight century that we celebrate it as we do. Why do we celebrate Halloween?

Team-Building Games and Activities for the Classroom Team-building games and activities are a great tool for helping students learn to work together, listen carefully, communicate clearly, and think creatively. They also give your students the chance to get to know each other, build trust as a community and, best of all, have some fun! Here are 33 team-building activities that will teach your students these skills and more.

Four neuromyths that are still prevalent in schools – debunked It is no surprise that many teachers have an interest in neuroscience and psychology since areas such as memory, motivation, curiosity, intelligence and determination are highly important in education. But neuroscience and psychology are complex, nuanced subjects that come with many caveats. Although progress is being made towards understanding what helps and hinders students, there is still a disconnect between the research in labs and what happens in many schools. Many “neuromyths” are rampant in our classrooms, and research suggests that people are often seduced by neuroscientific explanations, even if these are not accurate or even relevant. Research also shows that explanations accompanied by images of the brain also persuade people to believe in their validity, however random the illustration.

Developing a growth mindset in the classroom This article first appeared in Sec Ed magazine in April 2014. To read the original, click here. To read more of my monthly columns for Sec Ed, click here. To read more articles about the growth mindset, click here. Visit my blog | Browse my books | Follow me on Twitter | Like me on Facebook | Connect with me on LinkedIn | Download more posters | Behaviour management: it’s all about the brain It’s only the second lesson of the day and Connor is hiding under the table again. What do you do? Do you ask him what’s wrong? Try to reason with him? Offer him a reward if he comes out? The answer is none of these things.

Google honours Hedy Lamarr, inventor of technology behind Wi-Fi and Bluetooth Hedy Lamarr: from actress to inventor Google pays tribute to Hollywood actress-turned-inventor Hedy Lamarr on the 101st anniversary of her birth. Renaissance woman Hedy Lamarr could not be accused of living a dull life.