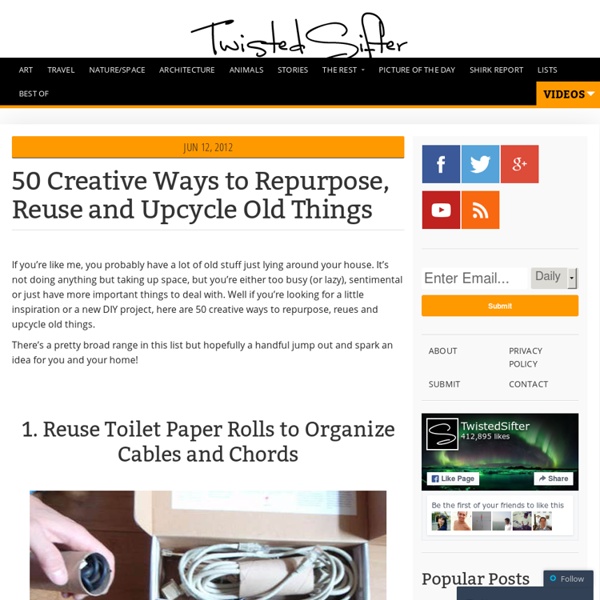 www.columbia.edu/~sss31/rainbow/murphy.combat.html 1. If the enemy is in range, so are you. 2. Incoming fire has the right of way. 3. Don't look conspicuous, it draws fire. 4. Celebrating Wildflowers - Ethics and Native Plants An idyllic setting in an alpine meadow of the Albion basin in the Wasatch Mountains. Photo by Teresa Prendusi. For many of us a field of wildflowers is one of the most beautiful experiences we can encounter in Nature. There is a deep impulse we carry from childhood into adulthood to reach out and pick a flower in a beautiful butterfly-filled meadow or along a public wooded trail lined with spring beauties, irises, or wake-robins. It is because we all carry such memories that we have devoted an entire website to Celebrating Wildflowers.

Screen Capture - The Best Screen Capture Software FastStone Capture is a powerful, lightweight, yet full-featured screen capture tool and screen video recorder. It allows you to easily capture and annotate anything on the screen including windows, objects, menus, full screen, rectangular / freehand / fixed regions as well as scrolling windows / web pages. It also allows you to record all screen activities including onscreen changes, speech from microphone, mouse movements and clicks into highly compressed video files. What Is Upcycling? Tires... What Is Upcyling? Upcycling is the process of converting old or discarded materials into something useful and often beautiful.

Put your stuff up in the air! Hanging DIY ideas & tutorials Posted by ScrapHacker.com on onsdag, juni 27, 2012 · 9 Comments To heck with both feet on the ground! Now’s the time to put your ideas up in the air! Full Moon Names and Their Meanings Full Moon names date back to Native Americans, of what is now the northern and eastern United States. The tribes kept track of the seasons by giving distinctive names to each recurring full Moon. Their names were applied to the entire month in which each occurred. There was some variation in the Moon names, but in general, the same ones were current throughout the Algonquin tribes from New England to Lake Superior.

30 Awesome Upcycling Ideas That Will Make Your Home Awesome Before you throw anything away, really think about it. For example, if you've finished burning a candle that comes in a big glass jar, don't waste it. Instead, drain out the leftover wax and use it as storage. This is called "upcycling." Upcycling is "the process of converting waste materials or useless products into new materials or products of better quality or for better environmental value." What does "America" mean please? Definition/Meaning It is an irony of history that the name "America" did not come from Christopher Columbus. That distinction belongs to a German writer of geography. In a further twist of events, America was named after Amerigo Vespucci, a 15th century Florentine merchant who owned a business in Seville, Spain, furnishing supplies for ships, preparing them for mercantile expeditions. How do we explain what seems to mock the reality of history?

The 46 Most Brilliant Life Hacks Every Human Being Needs To Make Life Easier I love finding clever solutions to the little snags I come across in cooking, building, cleaning, or just about anything. These are some that I find myself using all the time! Pour a half a cup of baking soda and a cup of vinegar into a clogged drain. Once it stops foaming rinse down the sink and your drains will be clear. Free Cone Day at Ben & Jerry's Claim: Ben & Jerry's outlets are offering free ice cream on 9 April 2013. Origins: The chain of ice cream shops has given away free scoops during an annual celebration since their first anniversary in 1979 as a way of expressing gratitude to their customers. The tradition has continued to this day, with this year's "Free Cone Day" slated for Tuesday, 2013, as described on the Ben & Jerry's web site: Free Cone Day is on April 9th! So, make sure you swing by one of our participating Scoop Shops and grab yourself a FREE cone.

100 Amazing Upcycling Ideas Anyone Can Do - Top Online Engineering Degree One does not have to be an environmentalist to enjoy the benefits of upcycling projects. Anyone who derives enjoyment from DIY projects and other creative endeavors will love looking at the following instructions for ideas and inspiration for undertakings of their very own. Or, of course, they can follow along at home as a means of learning new techniques and nurturing their innovation. 1. Bike Innertube Wallet : Learn how to transform the innertube of a bike tire into a durable, waterproof wallet that only requires a bit of simple cutting and sewing.

What are the F1 through F12 keys? Commonly known as function keys on a computer keyboard, F1 through F12 may have a variety of different uses or no use at all. The operating system installed on the computer and the software program currently open can change how each of these keys operate. A program is capable of not only using each of the function keys, but also combining the function keys with the ALT or CTRL key. For example, Microsoft Windows users can press ALT + F4 to close the program currently active. Note: Some keyboards include additional functions on the function keys, which can be activated by pressing the FN key, usually located near the CTRL key, and the appropriate function key.

Mundaneum Coordinates: Drawers of the Mundaneum's Universal Bibliographical System bibliographic index cards, which in the present day reside in Mons, Belgium. The Mundaneum was an institution created in 1910, following an initiative begun in 1895 by Belgian lawyers Paul Otlet and Henri La Fontaine,[1] as part of their work on documentation science. It aimed to gather together all the world's knowledge and classify it according to a system they developed called the Universal Decimal Classification. Otlet and La Fontaine organized an International Conference of International Associations which was the origin of the Union of International Associations (UIA).