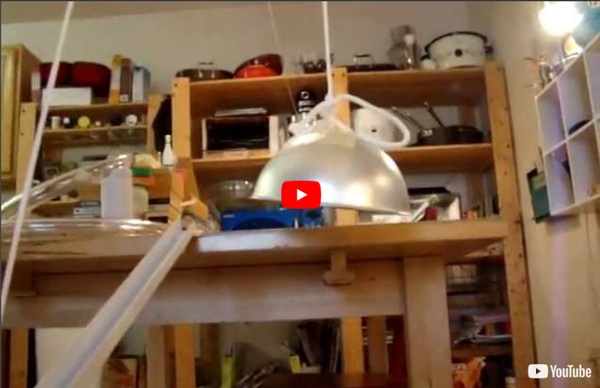 What if the Secret to Success Is Failure? Dominic Randolph can seem a little out of place at Riverdale Country School — which is odd, because he’s the headmaster. Riverdale is one of New York City’s most prestigious private schools, with a 104-year-old campus that looks down grandly on Van Cortlandt Park from the top of a steep hill in the richest part of the Bronx. On the discussion boards of UrbanBaby.com, worked-up moms from the Upper East Side argue over whether Riverdale sends enough seniors to Harvard, Yale and Princeton to be considered truly “TT” (top-tier, in UrbanBabyese), or whether it is more accurately labeled “2T” (second-tier), but it is, certainly, part of the city’s private-school elite, a place members of the establishment send their kids to learn to be members of the establishment. Tuition starts at $38,500 a year, and that’s for prekindergarten.

The 8 Skills Students Must Have For The Future Editor’s note: This is a revised version of an article written by Katie Lepi that originally appeared on June 7th, 2014. We believe this information is still highly relevant, but we wanted to update it with the latest thinking. To do that, we invited writer Michael Sledd to take the reins. Education has traditionally focused on the basic “3Rs” of reading, writing and arithmetic. However, as the ever increasing pace of technological innovation drives changes in the world, educators must re-evaluate whether the skills they teach truly provide their students with the best opportunities to succeed in school, the workforce, and in life overall. This naturally leads to the question of what those skills are or will be, and while there are other excellent suggestions out there, Pearson’s 2014 edition of “The Learning Curve” report lists the 8 skills below as those most necessary to succeed in the 21st century.

7 Great YouTube Channels for Science Below are some great YouTube channels for science. If you are a science teacher and you need some useful resources where you can search for and find educational science videos, then the list below would be of great help. Some of the channels listed below have thousands of subscribers featuring some of the best science videos online. This is one of the gifted science teachers who shares highly educational videos showing students and learners how to integrate science into day to day life. As its name suggests, this is one of the most reputed YouTube Channels with more than 9 million videos on science and a growing base of thousands of subscribers.

Making Friends With Failure No one likes failure, the F-word, no matter how you sugarcoat it. But failure is a part of life. Sometimes things don't work out. The 10 Best Motivational Videos On YouTube That Will Inspire You Beyond Belief Let’s face it, we don’t feel like doing what we have to do. Heck, you might even find it hard to do what you want to do if there’s the right amount of risk, intimidation and criticism involved. Being ready for a great task isn’t just a matter of turning an internal switch on. Sometimes, you need that extra boost, the little bit of inspiration or that great reminder of just exactly why failure isn’t an option. In that respect, as always, Elite Daily has got you covered as we’ve searched through numerous channels to find the best words to push you towards your goals today.

DIY: colorful discs for the light table in preschool I am not so lucky as my sweet friend Leeanne over at Kreative Resources who managed to find a free set of plexiglass discs to use on her light table. In fact, I don’t even have a light table! But after reading several ideas from others, I have managed to make my own discs and light table. How to Help Kids Overcome Fear of Failure A couple of weeks ago, a New York Times op-ed asked the question, “Are kids too coddled?” In other words, shouldn’t we let them fail once in awhile so they develop some backbone? Or don’t they just need more grit? The answer is not that simple because human beings are not that simple. According to UC Berkeley professor Martin Covington, the fear of failure is directly linked to your self-worth, or the belief that you are valuable as a person. As a result, Covington found that students will put themselves through unbelievable psychological machinations in order to avoid failure and maintain the sense that they are worthy—which, as all of us who have ever dealt with the fear of failure know, can have long-term consequences.

The Power of Positive Summit For a List of Current Speakers Available to Watch, Go Here Bestselling author Liz Wiseman teaches leadership to executives around the world. To watch in full screen from desktop, click the icon to the right of the HD symbol in the video player. Connect with Liz Wiseman On Twitter @lizwiseman, Facebook, and at thewisemangroup.com Invite Others to Watch Liz Wiseman's Message Share on Twitter, Facebook and LinkedIn

Sand Dune Erosion Activity for Elementary and Middle School Posted by Miss Muse on Apr 2, 2012 in 6-8, Environmental Science | 0 comments Loading ... With students going on Spring Break in the next few weeks, it’s hard to keep their attention on schoolwork when they can already smell the ocean air and suntan lotion waiting for them. Channel their excitement with this activity about sand dunes. Beaches provide a playground for some of the most fascinating and fun classroom topics. In the following activity, you’ll learn how to bring sand dunes to your class by studying erosion, the process of moving wind and water to break down and weather the shore line.

9 Ways To Help Students Learn Through Their Mistakes 9 Ways To Help Students Learn Through Mistakes by bettermarks.com Ed note: This post is promoted by bettermarks, a company looking for teachers to beta test their adaptive Math software. They contacted us and asked how they could get in touch with teachers to use their platform and give them feedback.

Mini Rube Goldberg Machine Makes Cool Travel Companion Mini Rube Goldberg Machine Makes Cool Travel Companion Article by Steph, filed under Gadgets & Geekery in the Technology category. A man takes a seat on a park bench and opens a pair of suitcases, carefully adjusting a few things inside, placing a few small objects in just the right spot. Then an alarm clock sounds, a pencil comes down onto a trigger and the most entrancing sequence of events takes place, one after the other. Melvin the Mini Machine is the creation of Dutch design studio HEYHEYHEY, and it’s possibly the coolest portable Rube Goldberg machine ever invented. As music starts playing, the choreographed movements begin, flinging objects from one of the suitcases to the other, making their own little sounds.

Mindset Works®: Student Motivation through a Growth Mindset, by Carol Dweck, Ph.D. Research on the growth mindset shows that students who believe they can grow their basic abilities have greater motivation and higher achievement than do students who believe their abilities are fixed, and that teachers can influence students’ mindsets. The beginning of the new school year is a great time to establish your classroom as a growth mindset environment. Here are some tools that you can use to lay a foundation for growth all year: 1. Growth Mindset Framing Tool Five-Minute Film Festival: School Gardens Spring has sprung, and it's time to start thinking about getting outside and planting green things! School gardens are a great way to teach kids hands-on science. Whether you have a full garden where the kids produce their own cafeteria food, or you're just getting started and egg-crate seedlings are more your pace, you can pull valuable lessons in ecology, sustainability, healthy food habits, and teamwork out of the dirt. Video Playlist: Great School Gardens

Top Ten Tips for developing a Growth Mindset in your Classroom Be Critical. Students should expect and welcome criticism. They must also be given the opportunity to act on any criticism or critique. This will allow students to realise that through improving their work and responding to feedback, they can be better than they were.