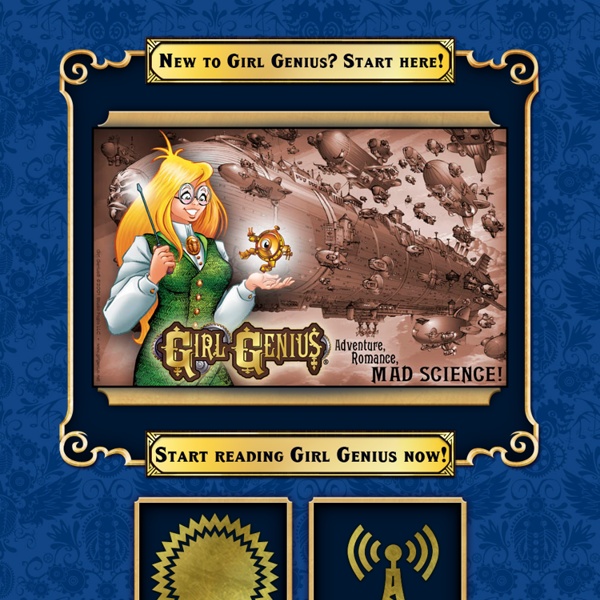 Comics - Announcing Hiatus. 26 Jan 2012 11:00 am Average Rating: Rate this Comic: SpoonFace , 26 Jan 2012 09:43 am Reply Victorian Era Names, A Writer's Guide circa 1840's-1890's Being a compilation drawn from old census and vital statistic records. A large part of creating a good set of characters in fiction writing is giving your imaginary populace good names.

Secret Asian Man Nahast: Chronicles of the Fifth Age 16 May Deeta’s Lament The storm had passed, washing over Beldatz with sudden fury, washing the streets off the blood that had stained it during the Maehvindra elves’ ill-fated hunt for the half-elf girl, Niriko. Gaia It’s finally time to present the submissions placed between the positions 13 and 25 of the Sandra and Woo and Gaia artwork contest. There are some great works of art to be seen here, partially thanks to the extension of the submission period. I would like to thank all artists who have submitted a drawing or other piece of art. K.G.B. May 5th, 2010 ♥ by: Hwan Another week, another K.G.B.! Can you believe we are already at the end of Chapter 4!?! Next week will be the last chapter for the first season so BRACE YOURSELF! Korean! -Last panel: 나중에 보자.

Brass Goggles: The lighter side of Steampunk Posted by proteus on December 23rd,2013 Two things I love in one photo: [via Brian Kesinger’s Tea Girls] Posted by proteus on October 17th,2013 A Steampunk Badminton tournament sounds like a fantastic idea. Posted by proteus on October 11th,2013 Adventure, Romance, War. The Dreamer: A Webcomic by Lora Innes MS Paint Adventures introdoucing, 20104............ the NEWD YEAR Gigapause status: STILL GIGAPAUSED. It's almost over, right? Um, no, sorry. I still have no time estimate, or specific date I am shooting for. 4/13 would be the COOLEST date to shoot for, right? I doubt that's realistic though.

20 Of The World’s Best Restaurant And Bar Interior Designs A good interior design can do as much for a cafe, restaurant or bar as good food, drinks and service can. We made this list of establishments to show you some of the best bar, cafe and restaurant designs in the world, and most of them have even won awards for their interiors. Creating an amazing bar design is anything but simple. There are thousands of factors to juggle – What will your restaurant, bar or cafe’s style be like? How can you make the interior as beautiful and decorative as possible without disrupting the staff’s workflow? Will safety regulations even allow your grand designs to take form? Todd Allison & the Petunia Violet Manga RELEASED:Apr 19, 2011 LAST UPDATED:Apr 19, 2011 BLANKS STATUS:Missing (28 of 28)

I know! I was recommended this by a friend, and I just couldn't stop reading! There are a lot of volumes, but it's definitely worth the read. Glad you liked it! by rahul.rughani Jul 20

Most addictive fun I've had in ages. by quitedragon Jul 20