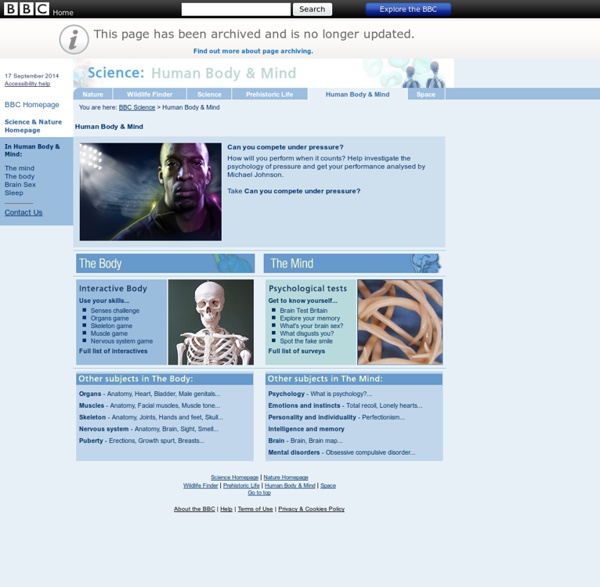 The Genetic Gamesmanship of a Seven-Sexed Creature What could be better than two types of sexes? For one organism, the answer isn’t three, but seven! And to top it off, these seven sexes aren’t evenly distributed in a population, although researchers have now developed a mathematical model that can accurately estimate the probabilities in this crap-shoot game of sexual determination. Meet Tetrahymena thermophila, which in addition to its seven different sexes—conveniently named I, II, III, IV, V, VI, and VII—has such a complex sex life that it requires an extra nucleus. This fuzzy, single-celled critter has a larger macronucleus that takes care of most cellular functions and a smaller micronucleus dedicated to genetic conjugation. The other odd thing about this one-celled wonder is that the population of the seven sexes are skewed, leading Unversity of Houston researcher Rebecca Zufall and her colleagues to ask: What gives?

Science Education - Research & Training - NIH NIH Home > Research & Training Resources for Students Featured Site: NIAMS Kids Pages Your childhood and teen years are a prime time to learn habits that will help you keep your bones, joints, muscles, and skin healthy for years to come. Guess-the-Google UPDATE: Guess-the-google is temporarily offline for maintenance. Hopefully back online soon. About the game Guess-the-google is an addictive guessing game based on Google's image search. It turns the mental activity of searching into a fun, visual and engaging game where people can enjoy the challenge of being the fastest and most efficient at making that connection between search terms and their results. Physical Education Index Page Content Accreditation period - Units 1-4: 2011-2016 The accreditation period for VCE Physical Education has been extended to 31 December 2016. Curriculum Study Design (pdf - 988.63kb) (updated February 2015)Details on areas of study, outcomes and assessment for Physical Education Units 1-4: 2011-2016.

Top 10 Signs Of Evolution In Modern Man Humans Through history, as natural selection played its part in the development of modern man, many of the useful functions and parts of the human body become unnecessary. What is most fascinating is that many of these parts of the body still remain in some form so we can see the progress of evolution. Tree of Life Web Project The Tree of Life Web Project (ToL) is a collaborative effort of biologists and nature enthusiasts from around the world. On more than 10,000 World Wide Web pages, the project provides information about biodiversity, the characteristics of different groups of organisms, and their evolutionary history (phylogeny). Each page contains information about a particular group, e.g., salamanders, segmented worms, phlox flowers, tyrannosaurs, euglenids, Heliconius butterflies, club fungi, or the vampire squid.

Serious Games for Social Change by BreakAway, Ltd - Award-Winning Developer of Numerous Real-Time Strategy Games and Technologically Advanced Desktop Development Software Your goal is to orchestrate a nonviolent resistance campaign from the ground up against dictators, occupiers, authoritarians and oppressive rule. You are supported by the principles and experiences of some of the world's leading nonviolent activists such as, Gandhi, Dr. Martin Luther King, Jr. and Ivan Marovic, subject matter expert on A Force More Powerful, and member of Otpor, the Serbian resistance movement that played a critical role in ousting Slobodan Milosevich.