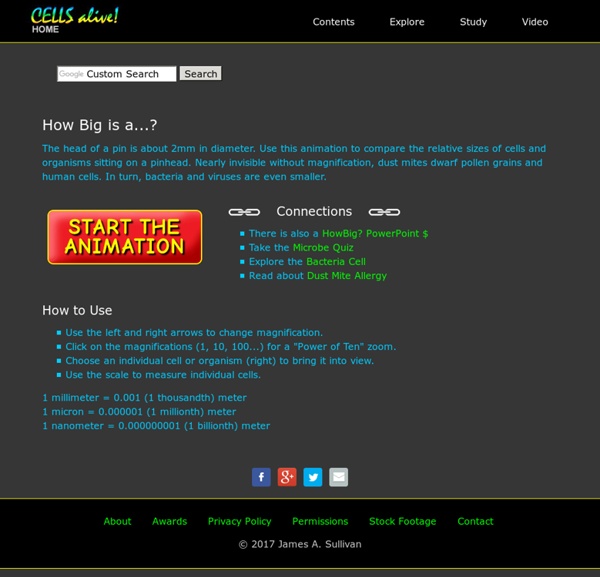 A bees-eye view: How insects see flowers very differently to us By MICHAEL HANLON Last updated at 08:52 08 August 2007 To the human eye, a garden in bloom is a riot of colour. But of course, it is not our attention they need to attract, but that of insects, the perfect pollinating agents. And as these remarkable pictures show, there is more to many flowers than meets the eye - the human eye at least. The images, taken by Norwegian scientist-cameraman Bjorn Roslett, present a series of flowers in both natural and ultraviolet light, revealing an insect's eye view. Scroll down for more Ultraviolet light, invisible to us, uncovers colours and patterns which drawthem to the source of pollen and nectar - all hidden to humans without special equipment. This secret colour world was discovered in the Fifties and scientists realised that these distinct patterns were designed to act as "landing strips" or arrows, guiding the insects to the right spot. Because we cannot see UV light, the colours in these photographs are representational, but the patterns are real.

How to Make a Lava Lamp with Household Ingredients Edit Article With Vegetable Oil and WaterWith Mineral Oil & Alcohol Edited by Sondra C, Nicole Willson, Jack Herrick, Krystle and 100 others Have you ever caught yourself being hypnotized by a lava lamp? Ad Steps Method 1 of 2: With Vegetable Oil and Water 1Get a 16- or 64-oz soda or water bottle. 6Place a strong flashlight or search light under the bottle. Method 2 of 2: With Mineral Oil & Alcohol 1Get a glass container. Tips You can also add decorations like glitter, sequins, or tiny beads.If you don’t have Airborne or Alka-Seltzer, salt works as well.Lava lamps such as these are a great way to reuse empty jars such as those used for peanut butter and jelly. Warnings Do not drink the contents.Do not heat the bottle like a normal lava lamp or allow it to become heated by holding the light underneath it for too long if using plastic.

Resources, Animations, Interviews, + Tools :: DNA Learning Center We are enhancing our most popular resources by building collections around them. First up: Polymerase Chain Reaction! The DNA Learning Center has been developing multimedia animation programs since 1990. These popular programs feature some of the most common molecular processes such as PCR, sequencing, and DNA restriction. View online or download for play from your computer. Stunning three-dimensional visualizations of cellular and molecular processes. An interactive brain map that allows users to rotate the brain in three-dimensional space. Gene Screen is a fun way to learn how recessive genetic traits and diseases are inherited and find out which genetic diseases are more prevalent where your ancestors came from. Each year a select few scientists are recognized for their work by the Nobel Foundation. Join Dave Micklos, Jan Witkowski, and staff commentators for a lively discussion of DNA in the news from world-renowned Cold Spring Harbor Laboratory!

BBC Nature - Dinosaur gases 'warmed the Earth' 7 May 2012Last updated at 10:43 By Ella Davies Reporter, BBC Nature Apatosaurus, formerly known as Brontosaurus, produced a lot of wind Giant dinosaurs could have warmed the planet with their flatulence, say researchers. British scientists have calculated the methane output of sauropods, including the species known as Brontosaurus. By scaling up the digestive wind of horses, they estimate that the total population of dinosaurs, produced 520 million tonnes of gas annually. They suggest the gas could have been a key factor in the warm climate 150 million years ago. David Wilkinson from Liverpool John Moore's University, and colleagues from the University of London and the University of Glasgow published their results in the journal Current Biology. Sauropods, such as Apatosaurus louise (formerly known as Brontosaurus), were super-sized land animals that grazed on vegetation during the Mesozoic Era. Previous studies have suggested that the Earth was up to 10C (18F) warmer in the Mesozoic Era.

Science Made Simple :: Simple science Fantastic Fluid Flow Take a beaker of water and a beaker of golden syrup and turn them upside down. Aside from making an enormous mess, you will notice that very different things are happening to each one. The water empties quickly in an… Entrancing Vortices A vortex is a rapidly whirling spiral of fluid or gas rotating around its own centre. The Science of Sound Our hearing is one of our most important senses, necessary for basic communication, speech and awareness. Astonishing Diffusion Diffusion is the movement of something from an area of high concentration to a lower concentration. What is Thunder? Thunder is the sound that accompanies lightning during a thunderstorm. Magnificent Microscopes A microscope is an instrument that, using lenses, can be used for viewing objects that are too small to be seen by the naked eye. Fantastic Fractals What is a fractal? Deep Diving Ketchup Sachet Confuse your Legs Toothpick Trick

Ancient antibiotic-resistant bacteria found in isolated cave - Technology & Science The samples were collected from a part of Lechuguilla Cave in Carlsbad Cavern National Park in New Mexico that has been cut off from any input from the surface for four million to seven million years. (Max Wisshak/speleo-foto.de/McMaster University) Bacteria that have never before come in contact with humans, their diseases or their antibiotics, but are nevertheless resistant to a variety of antibiotics, have been discovered in a U.S. cave. "This supports a growing understanding that antibiotic resistance is natural, ancient," and an integral part of the genetic heritage of microbes, suggest researchers from McMaster University in Hamilton, Ont. and the University of Akron in Akron, Ohio, in a new study published this week in the journal PLoS ONE. Scientists have long debated the relative roles of humans and nature in the evolution and spread of antibiotic-resistant bacteria, which can pose a serious problem in the treatment of diseases. 2 new kinds of antibiotic resistance

Why Is Biodiversity Important? Who Cares? — Printer friendly ver It was noted earlier that ecosystems provide many services to us, for free. Although some dislike the thought of trying to put an economic value on biodiversity (some things are just priceless), there have been attempts to do so in order for people to understand the magnitude of the issue: how important the environment is to humanity and what costs and benefits there can be in doing (or not doing) something. The Economics of Ecosystems and Biodiversity (TEEB)17 is an organization — backed by the UN and various European governments — attempting to compile, build and make a compelling economics case for the conservation of ecosystems and biodiversity. In a recent report, The Economics of Ecosystems and Biodiversity for National and International Policy Makers 2009, TEEB provided the following example of sectors dependent on genetic resources: In addition, it is estimated that implementing REDD (Reducing Emissions from Deforestation and Forest Degradation) could help

How flu viruses gain the ability to spread -- ScienceDaily Flu viruses come in many strains, and some are better equipped than others to spread from person to person. Scientists have now discovered that the soft palate -- the soft tissue at the back of the roof of the mouth -- plays a key role in viruses' ability to travel through the air from one person to another. The findings, described in the Sept. 23 online edition of Nature, should help scientists better understand how the flu virus evolves airborne transmissibility and assist them in monitoring the emergence of strains with potential to cause global outbreaks. Researchers from MIT and the National Institute of Allergy and Infectious Diseases (NIAID) made the surprising finding while examining the H1N1 flu strain, which caused a 2009 pandemic that killed more than 250,000 people. The 2009 strain was very good at binding to human alpha 2-6 receptors. Airborne evolution The researchers are now trying to figure out how this reversion occurs, and why it happens in the soft palate.