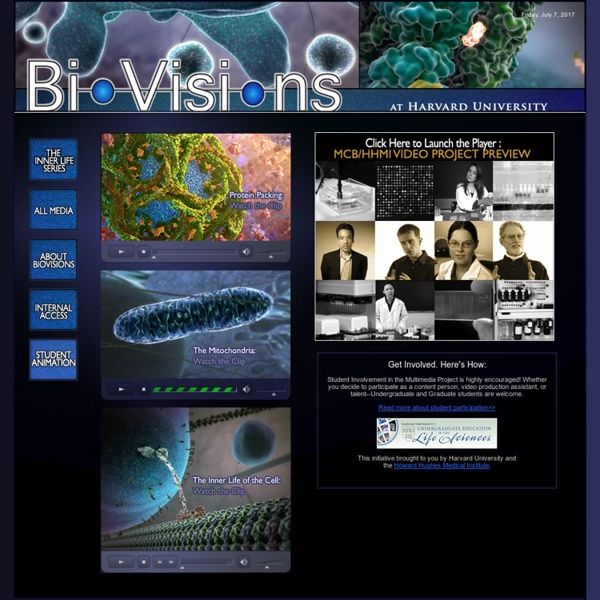 Cell Size and Scale Some cells are visible to the unaided eye The smallest objects that the unaided human eye can see are about 0.1 mm long. That means that under the right conditions, you might be able to see an ameoba proteus, a human egg, and a paramecium without using magnification. A magnifying glass can help you to see them more clearly, but they will still look tiny. 101 Most-Read SixWise Articles in Past Decade 101 Most-Read SixWise Articles in Past Decadeby www.SixWise.com What an amazing decade. Much, if not most, of the mass media has again focused on celebrities and other topics that are often meaningless to our day to day lives -- or worse has not shared in-depth insights necessary to get the real truth and facts about important issues. The following articles are what you and other subscribers of SixWise.com felt were most important and imperative. They’re the articles that YOU read most and raised to the top. These are the TOP ARTICLES of the PAST DECADE … the ones that mattered most to you!

100 Websites You Should Know and Use Entertainment Meet David Peterson, who developed Dothraki for Game of Thrones There are seven different words in Dothraki for striking another person with a sword. Among them: “hliziﬁkh,” a wild but powerful strike; “hrakkarikh,”a quick and accurate strike; and “gezrikh,” a fake-out or decoy strike. But you won’t find these words in George R. R. Learn Biology Online For Free with our Huge Collection of Open Courses If you’ve always been interested to learn more about nature and the diversity of life, you can now Learn Biology Online for Free! Free Biology courses are easy to find yet some of the ones you find may not be worth your time. We’ve put together a list of Biology courses from well-respected institutions such as John Hopkins, Yale, MIT, Stanford, and UCLA.

Visualizing How A Population Grows To 7 Billion 7 Billion: How Did We Get So Big So Fast? Watch as global population explodes from 300 million to 7 billion. Sometime Monday, the world will have more humans than ever: 7 billion, according to the U.N. The U.N. estimates that the world's population will pass the 7 billion mark on Monday. Much of that growth has happened in Asia — in India and China.

Diversity "Diversity is not about how we differ. Diversity is about embracing one another's uniqueness." - Ola Joseph "United we stand, divided we fall." - Aesop (620 -560 B.C.) Is Aging an Accident of Evolution? Stanford Scientists Say &quot;Yes&quot; "Everyone has assumed we age by rust. But how do you explain animals that don't age? Some tortoises lay eggs at the age of 100, there are whales that live to be 200 and clams that make it past 400 years." Stuart Kim, PhD, Stanford University professor of developmental biology and genetics Prevailing theory of aging challenged by Stanford University Medical School researchers. Locke: Government Locke: Social Order John Locke's intellectual curiosity and social activism also led him to consider issues of general public concern in the lively political climate of seventeenth-century England. In a series of Letters on Toleration, he argued against the exercise of any governmental effort to promote or to restrict particular religious beliefs and practices. His epistemology is directly relevant to this issue: since we cannot know perfectly the truth about all differences of religious opinion, Locke held, there can be no justification for imposing our own beliefs on others. Thus, although he shared his generation's prejudice against "enthusiastic" expressions of religious fervor, Locke officially defended a broad toleration of divergent views. Locke's political philosophy found its greatest expression in the Two Treatises of Civil Government, published anonymously during the same year that the Essay appeared under his own name.