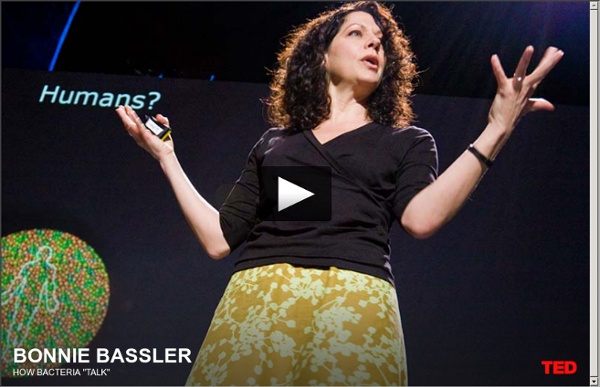 How Science Turned a Struggling Pro Skier Into an Olympic Medal Contender - Wired Science Saslong.org/R.Perathoner Steven Nyman is poised at the starting gate, alert, coiled, ready. A signal sounds: three even tones followed by a single, more urgent pitch, sending Nyman kicking onto the Val Gardena downhill ski course. He pushes five times with his poles, accelerating as quickly as possible, stabbing the snow frantically. He skates forward with abbreviated strokes, neon green boots moving up and down, his focus on building as much momentum as possible. Nyman is feeling good.

Mouseunculus: How The Brain Draws A Little You Inside each of us is a miniature version of ourselves. The Canadian neurologist Wilder Penfield discovered this little person in the 1930s, when he opened up the skulls of his patients to perform brain surgery. He would sometimes apply a little electric jolt to different spots on the surface of the brain and ask his patients–still conscious–to tell him if they felt anything. Sometimes their tongues tingled. Other times their hand twitched.

The bacteria that turns water into ice Meet Pseudomonas syringae, a bacterium that causes disease in plants and helps make snow machines work. It all has to do with ice nucleation — the process that forms ice crystals in the atmosphere and, thus, snow. You probably know that raindrops and snowflakes form around something. There's always a central nucleus that serves as the backbone of the water molecule structure. Usually, when people talk about this process, they use soot or some other kind of particulate matter as the example of what a nucleus can be. But bacteria can also become the nucleus of a snowflake.

Watching Your Words – How Language Can Heal Or Harm Your Body You have healing power within yourself – we all do. And it’s contained within your words. Russian scientists have been studying the connection between language and the body’s DNA, and what they’re finding is the same thing all the spiritual masters have know for, well, as long as there have been spiritual masters! Gut bacteria may be key to crop pest’s resurgence For the most part, crop rotation—planting different produce in different years—is advertised as a way of helping the soil by keeping a single crop from draining it of some types of nutrients. But it turns out that crop rotation can also help control some agricultural pests. Many pests are specialized feeders that grow on a limited number of plants. Is the Universe a Simulation? Photo Gray Matter By EDWARD FRENKEL IN Mikhail Bulgakov’s novel “The Master and Margarita,” the protagonist, a writer, burns a manuscript in a moment of despair, only to find out later from the Devil that “manuscripts don’t burn.” While you might appreciate this romantic sentiment, there is of course no reason to think that it is true. Nikolai Gogol apparently burned the second volume of “Dead Souls,” and it has been lost forever.

Light used to switch on gene expression Imagine being able to control genetic expression by flipping a light switch. Researchers at North Carolina State University are using light-activated molecules to turn gene expression on and off. Their method enables greater precision when studying gene function, and could lead to targeted therapies for diseases like cancer. Triplex-forming oligonucleotides (TFOs) are commonly used molecules that can prevent gene transcription by binding to double-stranded DNA.

Microbe used to improve biofuel production (Phys.org)—Biofuel production can be an expensive process that requires considerable use of fossil fuels, but a Missouri University of Science and Technology microbiologist's patented process could reduce the cost and the reliance on fossil fuels, while streamlining the process. The process involves a microbe that thrives in extreme conditions. Dr.

College - Experience it Firsthand In September 2013, Berry’s original bald eagle couple was once again seen on the Berry College campus in the vicinity of the nest in a tall pine tree situated between the main entrance and the parking lot of the Steven J. Cage Athletic and Recreation Center. The couple spent several months repairing and adding to the nest and catching fish and coots in the nearby Berry quarry, Oostanaula River and Garden Lakes in Rome. An egg was produced on January 14, 2014, followed by a second egg on January 17.

The smartphone app that could rescue the world's plankton Phytoplankton are the microscopic plant-like cells that float in the sea’s sunlit surface. They underpin the marine food chain and controversy over their stocks means it’s necessary to better understand their existence across the globe. To combat the lack of data on phytoplankton levels, colleagues at Plymouth University and I initiated a project to map them in oceans across the world. Lacking the manpower to do this on our own, we are enlisting seafarers across the globe to get involved in the project. Phytoplankton are the ocean’s main producers – their abundance determines the productivity at every step of the marine food chain above them. This means they determine the numbers of fish in the sea, crabs on the seashore, seabirds in the sky and polar bears on the ice.

Origin of life researchers figure out how to build bigger RNAs We'll probably never know exactly how life on Earth got its start. The conditions in which it began have long since been lost, and there are simply too many precursor molecules and potential environments that could have gotten the process going. Nevertheless, researchers hope to put together a pathway that's at least plausible, starting from simple molecules that were present on the early Earth and building up to an enclosed system with basic inheritance (from there, evolution can take over). A lot of progress has been made in understanding how a simple chemical, like hydrogen cyanide, can be built up through a series of reactions into a nucleotide, the basic building block of molecules like DNA and RNA.

Did Life On Earth As We Know It Come From ‘Geological Life’? Want to stay on top of all the space news? Follow @universetoday on Twitter Hydrothermal vents.