Osh-Tisch: Princess of Two Spirits. This week we focus on Osh-Tisch, whose name translates to “Finds Them and Kills Them” in Crow. 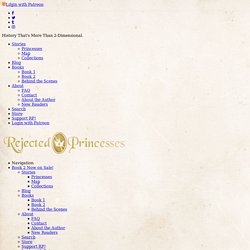 Osh-Tisch was a male assigned at birth woman, and was one of the last Crow Nation baté (Two Spirit spiritual leaders) – oh, and you can be sure, she earned her name. She is also far from the only awesome lady in this story. Let’s start by talking a bit about Two Spirits, since I’m guessing that term’s going to trip up a fair number of people. The first thing to know is that even talking about Two Spirits is like waltzing through a minefield whilst blindingly drunk. Doing so online is like doing so with lead boots on and howler monkeys constantly biting you. Osh-Tisch — The Female Soldier. Osh-Tisch, or ‘Finds Them and Kills Them’, was a boté spiritual leader and warrior of the Crow Nation who lived in the late 18th and early 19th centuries. 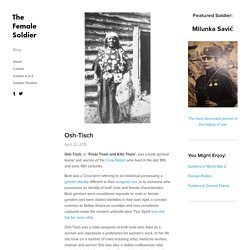 Boté was a Crow term referring to an individual possessing a gender identity different to their assigned sex, or to someone who possessed an identity of both male and female characteristics. Boté genders were considered separate to male or female genders and were distinct identities in their own right, a concept common to Native American societies and now sometimes captured under the modern umbrella term 'Two Spirit’ (see this link for more info). Osh-Tisch was a male-assigned-at-birth boté who lived as a woman and expressed a preference for women’s work.

In her life she took on a number of roles including artist, medicine woman, shaman and warrior. Before European Christians Forced Gender Roles, Native Americans Acknowledged 5 Genders. It wasn’t until Europeans took over North America that natives adopted the ideas of gender roles. 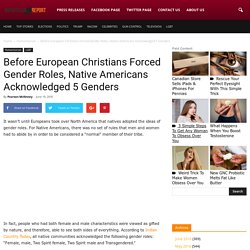 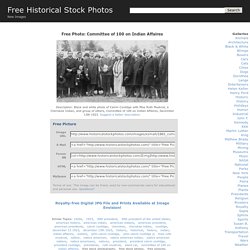 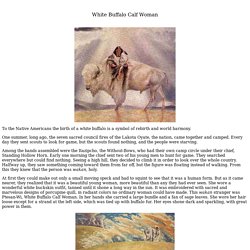 Rock Piles: Wichahpi Stone Wall - A Unique Memorial to A Native American Woman. "For last 30 years Tom Hendrix has been building, all by himself, a long serpentine stone wall, about 7 km south of Tennessee-Alabama border just off the Natchez Trace Parkway, USA. 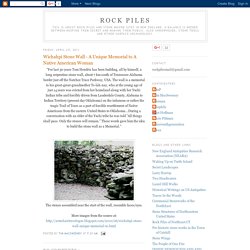 The wall is a memorial to his great-great-grandmother Te-lah-nay, who at the young age of just 14 years was evicted from her homeland along with her Yuchi Indian tribe and forcibly driven from Lauderdale County, Alabama to Indian Territory (present day Oklahoma) on the infamous or rather the tragic Trail of Tears as a part of forcible resettlement of Native Americans from the eastern United States to Oklahoma...During a conversation with an elder of the Yuchi tribe he was told "All things shall pass. Only the stones will remain. " Into the West-Carlisle Indian School. Native American Boarding Schools - Home. Aside from the U.S. Government's Attempt at Genocide, what Has Caused the Most Egregious Cultural Harm to the Psyche of the American Indian People? Pedophilia, which was an indirect consequence of the Boarding School system. 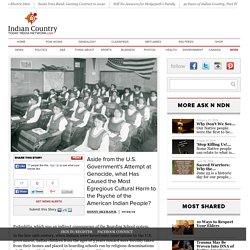 In the late 19th century, when Indians were forced onto reservations by the U.S. government, Indian children from the ages of 5 years onward were forcibly taken from their homes and placed in boarding schools run by religious denominations of all sorts, with the approval and sanctioning of the government. Christopher Columbus brought Europeans to the shores of what is now America; he also brought countless diseases, like smallpox and venereal diseases. But there was another disease, more sinister and invisible, called pedophilia. Pedophilia was first documented about 1500 years ago by English and French scholars. Mary Rowlandson, "The Narrative of the Captivity...." (1682) Mary Rowlandson, The Narrative of the Captivity and the Restoration of Mrs. 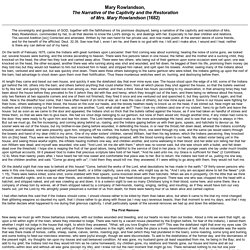 Mary Rowlandson (1682) The sovereignty and goodness of GOD, together with the faithfulness of his promises displayed, being a narrative of the captivity and restoration of Mrs. Mary Rowlandson, commended by her, to all that desires to know the Lord's doings to, and dealings with her. Especially to her dear children and relations. Native American Photographs. The Captivity of Mary Rowlandson. Acted as if the devil had told them they should have a fall. 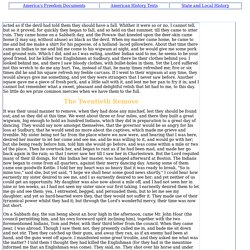 Whither it were so or no, I cannot tell, but so it proved, for quickly they began to fall, and so held on that summer, till they came to utter ruin. They came home on a Sabbath day, and the Powaw that kneeled upon the deer-skin came home (I may say, without abuse) as black as the devil. A Short History of Pan-Indianism. Pan-Indianism is a non-violent liberation philosophy with roots in Native American Peace cosmologies. 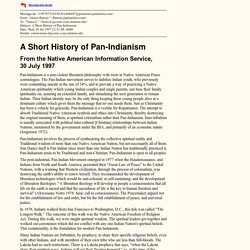 The Pan-Indian movement serves to stabilize Indian youth, who previously were committing suicide at the rate of 34%, and to provide a way of practicing a Native American spirituality which young Indian couples and single parents, can base their family spirituality on, assuring an extended family, and stimulating the next generation to remain Indian. Their Indian identity may be the only thing keeping these young people alive in a dominant culture which gives them the message that no one needs them. Just as Christianity has been a vehicle for genocide, Pan-Indianism is a vechile for Repatriation. The attempt to absorb Traditional Native American symbols and ethics into Christianity, thereby destroying the original meaning of them, is spiritual colonialism rather than Pan-Indianism. In 1978, Indians walked from San Francisco to Washington, D.C., this trek was called The Longest Walk. Susette La Flesche. Susette LaFlesche Tibbles Early life and education[edit] Susette, also called Inshata Theumba (Bright Eyes),[1] was one of five children born to Joseph LaFlesche and his wife Mary Gale.

Joseph was the son of the French fur trader Joseph La Flesche, a wealthy immigrant from France,[2] and his Ponca wife, Waoowinchtcha, reportedly a relative of the Omaha chief Big Elk.[3] Joseph, also called Insta Maza (Iron Eye), had started with the American Fur Company at age 16, after accompanying his father from the age of 10 on his trips. After his parents separated because of his father's long trips,[2] the younger La Flesche lived with his mother and her family among the Omaha.[4] She married again, as did his father. Mary La Flesche died about 1855. Mary Brave Bird - Focus on Famous American Indian Women. A Seminole Legend: University Press of Florida. Betty Mae Jumper. History Database Search - RUTH MUSKRAT Home. Claude Muskrat, Ruth's brother Ruth Muskrat, a Cherokee Indian, presents Mr. Coolidge with a copy of The Red Man in the United States, a survey of the present day American Indian. NebraskaStudies.Org. The Pocahontas Archive - Introduction. Pocahontas.

The most familiar Indian woman in American history, and maybe the most familiar of all Indians. But who is she, and why is she so familiar? To Paula Gunn Allen, one of her latest biographers, Pocahontas is medicine woman, spy, entrepreneur, and diplomat. To the previous generation's Charles Larson, she's "Every Indian, the archetypal Noble Savage. " In the popular mind – think of Terrence Malick's 2005 film The New World – Pocahontas is still linked romantically, and erroneously, with John Smith. In truth, she's been all things to all people. And what does she stand for? This to say about that: "Yellow Woman" by Leslie Marmon Silko. In this story, Silko explores boundaries – boundaries between reality and myth, between modern and traditional Indian culture, between Indian and other cultures. Through this tale, Silko seems to attempt to preserve an Indian myth, that of the Yellow Woman and the ka’tsina mountain spirit who became her lover, by including it in a story set in contemporary times.

This myth adds mystery to the narrator’s relationship with Silva. Most likely, Silva is simply a man who rustles cattle, but his calling the narrator “Yellow Woman” calls into question his true identity, for both the narrator and the reader. Native American Authors - American Indian novelists - American Indian writers. Posts. Women Warriors. The word 'warrior' sends a tingle of fear down the spine. The word conjures up fierce, merciless fighters seemingly invulnerable to fear or intimidation and prepared to fight to the death using deadly weapons and blood thirsty tactics to achieve victory. The New Native American Women Warriors Official Honor Song: Watch, Listen Here.

Washington: Hayworth Publishing House, 1921. [Page] [Frontispiece] Hoefel, Roseanne. " Zitkala-Sa: A Biography." Native american women revolutionaries at DuckDuckGo. Violence_Against_Native_Women. Hundreds expected at funeral ceremony for Onondaga Nation clan mother. View full sizeJohn Berry / The Post-Standard, 2007Onondaga Nation elder Audrey Shenandoah hugs one of her great-great-grandchildren in this photo from March 25, 2007. The funeral service for Shenandoah, who died Thursday, is expected to draw people from all over the United States and Canada. Onondaga Nation, NY -- Hundreds of people from across North America are headed to the Onondaga Nation this weekend to say goodbye to Clan Mother Audrey Shenandoah.

Women's History: Native Americans. Standard educational fare now that we have Women's History Month is the discussion of "first wave feminism" and the fight for women's suffrage. Though many historians and scholars these days acknowledge the contributions of men from the Iroquois Confederacy in shaping the U.S.