Senator: Army Corps told to give easement to Dakota Access Pipeline. A new piece of legislation introduced by Rep. 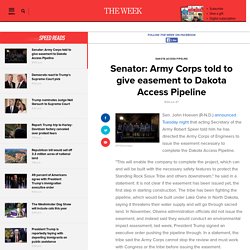 Jason Chaffetz (R-Utah) would direct the Secretary of the Interior to sell off 3.3 million acres of federal land across 10 states. Chaffetz claims the land, maintained by the Bureau of Land Management, serves "no purpose for taxpayers," and selling it would provide "much-needed opportunities for economic development in struggling rural communities. " Conservationists and sportsmen disagree.

"Last I checked, hunters and fishermen were taxpayers," Jason Amaro, a representative for the southwest chapter of Backcountry Hunters and Anglers, told The Guardian. Amaro lives in New Mexico, a state that brings in $650 million annually due to hunting and fishing and could lose 800,000 acres of BLM land. The US's century-long destruction of Native American land, in one animated map. Huffington Post. DN! In Cannonball, North Dakota, over 100 police with military equipment are advancing on a resistance camp established by Native American water protectors in the path of the proposed $3.8 billion Dakota Access pipeline. 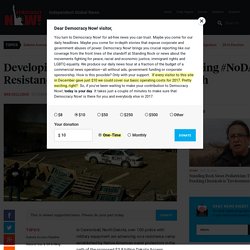 Photos and multiple videos posted to Facebook Live depict over 100 officers in riot gear lined up across North Dakota’s Highway 1806, flanked by multiple mine-resistant ambush protected military vehicles (MRAPs), a sound cannon, an armored truck and a bulldozer. There have also been reports from water protectors that the police presence includes multiple snipers. Police appear to be evicting the camp in order to clear the way for the Dakota Access pipeline company to continue construction — which was active at times on Thursday just behind the police line. Police advance towards blockade on Hwy 1806 to evict #OcetiSakowin from 1851 treaty land and pave way for the #DakotaAccessPipeline. FOR IMMEDIATE RELEASE: United Nation Experts Validate Standing Rock Sioux Opposition To Dakota Access Pipeline. 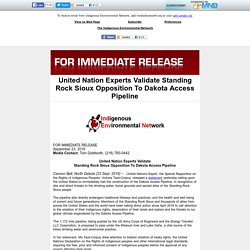 Security Firm that Turned Loose Dogs on Land & Water Protectors to be Investigated. Published September 23, 2016 MANDAN, NORTH DAKOTA — The Morton County Sheriff’s Department is leading a task force to investigate how and why dogs were turned loose on American Indian land and water protectors on Saturday, September 3, 2016. 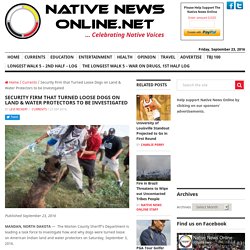 The investigation includes a focus on those hired by Dakota Access Pipeline to provide private security services on that day, whether or not they were licensed, and their actions. The task force is also exploring whether or not native artifacts were disturbed at the worksite. What 90,000 indigenous people said about climate change. A new study attempts to inject some anecdotal heft into the science of climate change by collecting observations from more than 90,000 people that historically depended on nature for their traditional way of life. 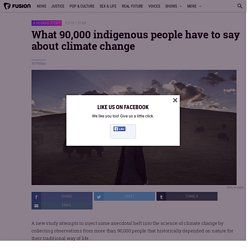 Six researchers from Simon Fraser University in British Columbia gathered over 10,000 observations from 137 countries, primarily in places like Central Africa, Central America, and the Himalayas where climate records are sparse and not well documented. In doing so the study, published in the journal Nature Climate Change, attempts to help fill gaps in the climate record where instrumental data is not available as well as to corroborate existing records. Native Americans to J.K. Rowling: We’re Not Magical. In Peter Pan, Tiger Lilly and her tribe are part of the magical landscape of Neverland. 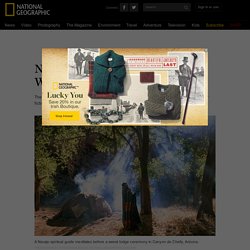 In Twilight, some Quileute people are born with the ability to turn into wolves (just ask anyone on “Team Jacob”). Now, in J.K. Rowling’s new digital story collection, History of Magic in North America, Navajo traditions are placed in the same fictional world as Harry Potter. Rowling’s new collection equates “skin walkers”—a Navajo term for people who turn into animals—with Animagi, the type of witches and wizards who morph into animals in her Harry Potter series. These details were first revealed when Rowling released a promotional trailer this week; the entire story collection is now available online. 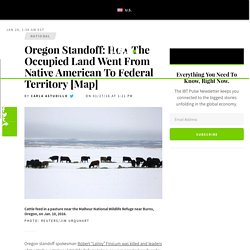 The armed group has been occupying the refuge near Burns for weeks to protest the federal government’s claim to lands the group believes should be handed back to local ranchers. Members of the local Burns Paiute tribe have condemned the occupiers, saying they have no claim to that land, which they say was taken from them by white settlers more than 100 years ago. University of Georgia historian Claudio Saunt has now shown exactly how the Burns Paiute tribe, along with many other Native American nations, went from owning all of modern-day Oregon to only about 864,000 acres, or 1.3 percent of its current size. Indian Loss of Land in Oregon, Washington and Northern California. An expansive photo record of Native American life in the early 1900s.

Born on a Wisconsin farm in 1868, Edward Sheriff Curtis grew up to become a commercial photographer in Seattle. 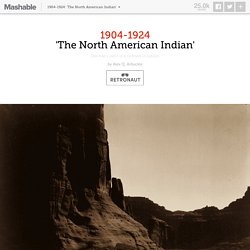 In 1895 he photographed Princess Angeline, the daughter of the Duwamish chief Seattle, for whom the city was named. That encounter sparked Curtis' lifelong fascination with the cultures and lives of Native American tribes. He soon joined expeditions to visit tribes in Alaska and Montana. US should return stolen land to Indian tribes, says United Nations. A United Nations investigator probing discrimination against Native Americans has called on the US government to return some of the land stolen from Indian tribes as a step toward combatting continuing and systemic racial discrimination. 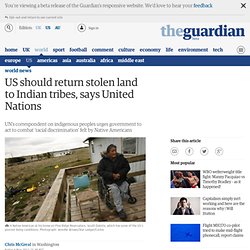 Native American cast leaves Adam Sandler flick: ‘Nothing has changed — we’re still just Hollywood Indians’ About a dozen Native American actors and actresses walked off the set of a new Adam Sandler film because they were offended by the script’s insulting view of Apaches and their culture. 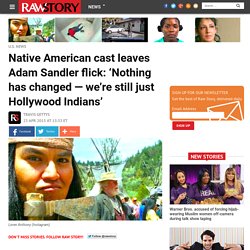 Painting by G. Mülzel. The Paleolithic skeleton was first discovered in the late 1920s near the village of Mal’ta in south-central Siberia, and since then it has been referred to as the Mal’ta child because until this DNA study the biological sex of the skeleton was unknown. “Now we can say with confidence that this individual was a male,” said Dr Kelly Graf from Texas A&M University, a co-author of the paper published in Nature. Dr Graf with colleagues used material from the boy’s upper arm to sequence his mitochondrial and nuclear genomes.

The DNA study performed on the boy is the oldest complete genome of a human sequenced so far. Scottish Highland Clans and Native American Tribes the Ancient ,Historical and Modern Links. James Hunter, Glencoe and the Indians (Mainstream Publishing, 1996) New Evidence Puts Man In North America 50,000 Years Ago The dawn of modern homo sapiens occurred in Africa between 60,000 and 80,000 years ago. Evidence of modern man’s migration out of the African continent has been documented in Australia and Central Asia at 50,000 years and in Europe at 40,000 years. Cherokee Legends, Myths, and Traditional Indian Stories (Tsalagi) Indigenous languages in the US American Indian people What's new on our site today! This is our collection of links to Cherokee folktales and traditional stories that can be read online. We have indexed our Native American legends section by tribe to make them easier to locate; however, variants on the same legend are often told by American Indians from different tribes, especially if those tribes are kinfolk or neighbors to each other.

Erdrich: Redskins Have a ‘Disregard for Dignity’ Louise Erdrich happens to be both an award-winning Native American novelist and an avid sports fan, so who better to weigh in on the ongoing "controversy" surrounding the Washington football team's continued use of a racially insensitive team name and logo? “This controversy is not a controversy,” Erdrich told Intelligencer last night at PEN’s Literary Awards Ceremony shortly after she was awarded the prestigious Saul Bellow Award for Achievement in American Fiction. “It’s a done deal. Native Americans Protest Flaming Lips Lead Singer Wayne Coyne & Ted Nugent in Portland, Oregon. Cherokee Preservation Foundation. Cherokee, NC. Eastern Band of Cherokee. Tribal Historic Preservation Office. The Overhill, Valley, Middle, Lower and Out Towns of the Cherokees.

The Map Of Native American Tribes You've Never Seen Before : Code Switch. Aaron Carapella, a self-taught mapmaker in Warner, Okla., has designed a map of Native American tribes showing their locations before first contact with Europeans. YES!!! Northern Gateway..kiss my A&*! Victory for First Nations. The theft of Native Americans' land, in one animated map.