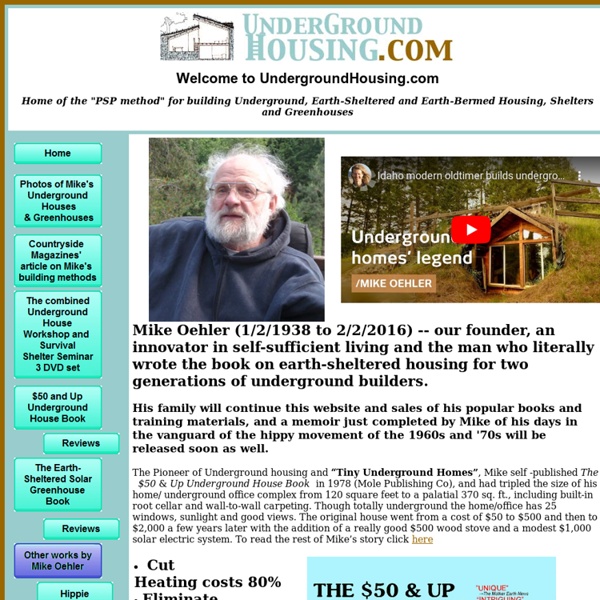 Straw bale | YourHome Straw has been used as a building material for centuries for thatch roofing and also mixed with earth in cob and wattle and daub walls. Straw bales were first used for building over a century ago by settlers in Nebraska, USA, shortly after the invention of baling machines. Straw is derived from grasses and is regarded as a renewable building material since its primary energy input is solar and it can be grown and harvested. Straw bales were first used for building over a century ago. Straw is the springy tubular stalk of grasses like wheat and rice that are high in tensile strength. Strawbale walls are surprisingly resistant to fire, vermin and decay. Photo: Paul Downton A ‘truth window’ is a common feature in strawbale homes, providing a glimpse of the material that is otherwise completely rendered over and hidden in the finished building Performance summary Appearance Finished strawbale walls are invariably rendered with cement or earth so that the straw is not visible. Thermal mass Footings

Self Sufficient UK Malcolm Wells, Pioneer of Underground Housing, 1926-2009 Another type of building is emerging: one that actually heals the scars of its own construction. It conserves rainwater- and fuel- and it provides a habitat for creatures other than the human one. Maybe it will catch on. Maybe it won't. that is how Malcolm Wells described his earth-sheltered buildings, which didn't quite catch on as big as they should have, even though they made so much sense. urban housing Bill McDonough puts in a few words in the New York Times obituary: "As a thinker, he was a hidden jewel," said William McDonough, an architect and the author, with Michael Braungart, of "Cradle to Cradle: Remaking the Way We Make Things," an environmental-design manifesto." even gas stations can be built underground. Some quotes from Malcolm Wells: "...We live in an era of glitzy buildings and trophy houses: big, ugly, show-off monsters that stand--or I should say stomp--on land stripped bare by the construction work and replanted with toxic green lawns. Malcolm Wells, dead at 83.

Natural homes built by inspirational people and their advice... Jon runs Pun Pun an organic farm, seed-saving operation, and sustainable living and learning centre. At Pun Pun they use ancient natural building techniques with readily available, local, natural materials with little embodied energy and salvaged materials to make homes, a practical and affordable alternative to resource intensive conventional building. Jon says, "I want to be equal to animals. The bird makes a nest in one or two days; the rat digs a hole in one night, but clever humans like us spend 30 years to have a house... that's wrong." and, "Before I thought that stupid people like me … cannot have a house… because people who are cleverer than me and get a job need to work for 30 years to have a house.

Climate Change Journals and Magazines on environmental-expert.com Current filtering criteria You can remove a filter by clicking on the x Keyword: climate change × Climatic Change by Springer Climatic Change is dedicated to the totality of the problem of climatic variability and change - its descriptions, causes, implications and interactions among these. Journal of Water and Climate Change by IWA Publishing Launched in 2010, the Journal of Water and Climate Change publishes refereed research and practitioner papers on all aspects of water science, technology, management and innovation in response to climate change, with emphasis on reduction of energy usage Climate Change News by Environmental and Energy Study Institute Published weekly, this news update recounts the top climate change-related stories of the week and includes a list of upcoming events. Climate Change Business Journal by Environmental Business International (EBI) Climate Policy by Routledge/Taylor & Francis Journal of Climate by American Meteorological Society Climate and Development Climate Dynamics

Here's the dirt on a prefabricated plastic earth sheltered home design you can buy off the shelf No, this isn't Hobbiton or a scene from Teletubbies. It's a rendering of a community of earth-sheltered houses built from a new prefab building system. I once wrote that from Hobbiton to Tatooine, earth sheltered houses make sense all over the universe; now you can just order one up. Earth-sheltered houses have long been known to be very energy-efficient, with the thermal mass of all that dirt keeping the temperature relatively even all year. © Green Magic Homes The Green Magic Homes system has addressed these problems in an entirely new way, using the age-old methods of building with earth in conjunction with the space-age technology of composite materials. The FRP components are made in their factory.... Assembled on site with glue and stainless steel screws through those flanges sticking up, Then covered with soil and planting. The R value or heat transfer resistance value of a GREEN MAGIC HOME, is approximately 1 per every 10 cm of Earth. © Green magic homes roof installation

Technical Details | Straw Bale Building In this section you will find some of our Standard design details. We encourage you to use them for your own buildings, as they are a result of years of work, experimenting, researching, discussing, making mistakes, trying out different ideas. The aim has always been to use totally natural materials, as low impact as possible, to create airtight designs, with excellent thermal efficiency. Often these designs are also more financially affordable than the usual poured cement alternative, but we believe affordable has to mean both financial and environmental, with no compromises! It is not necessary to test bales according to a British Standard, but you should definitely use the written Standard shown here to make sure that your bales are good enough for building. We also offer a consultancy service and can give you advice about your own designs – just ask. All these designs have achieved current Building Regulation approval. Door Details (pdf) Window Details (pdf) Ground floor baseplate (pdf)

Germany - Freiburg - Green City | The EcoTipping Points Project Long famous for its cathedral, university, and cuckoo clocks, Freiburg is now also famous as a “Green City.” It excels in the areas of transportation, energy, waste management, and land conservation, and has created a green economy that perpetuates even more environmental progress. Photo: Courtesy Freiburg Wirtschaft Touristik u. Messe GmbH Freiburg, a city of about 220,000 people and 155 km2 of land, is located in the southwest corner of Germany, at the edge of the Black Forest and near the borders with France and Switzerland. With its large academic community, Freiburg was an early stronghold of the Green Movement in the 1970s. Freiburg promotes itself as a Green city—especially in the areas of transportation, energy, waste management, land conservation, and green economics—and the city has won various national and international environmental awards. Transportation Freiburg was heavily bombed during World War II; little remained of the city center besides the cathedral. Energy Solar.

Watch As This Piece Of Land Becomes The Most Efficient Of Homes.... Underground