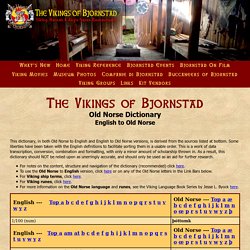 Some liberties have been taken with the English definitions to facilitate sorting them in a usable order. This is a work of data transcription, conversion, combination and formatting, with only a minor amount of scholarship thrown in. As a result, this dictionary should NOT be relied upon as unerringly accurate, and should only be used as an aid for further research. For notes on the content, structure and navigation of the dictionary (recommended) click here. 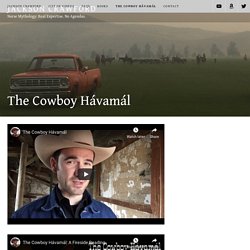 Reproduced exclusively on www.JacksonWCrawford.com by permission of Hackett Publishing Co. (148) How to ACTUALLY pronounce names from Norse Mythology (Icelandic) Articles & Interviews on Myth & Religion. This series of posts presents an abbreviated version of lectures that I gave on Richard Wagner's Tannhäuser at the Lyric Opera of Chicago (August 7, 2014) and the Wagner Society of America (January 28, 2015). 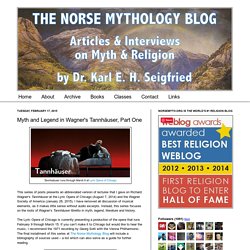 I have removed all discussion of musical elements, as it makes little sense without audio excerpts. Instead, this series focuses on the roots of Wagner’s Tannhäuser libretto in myth, legend, literature and history. The Lyric Opera of Chicago is currently presenting a production of the opera that runs February 9 through March 15. If you can’t make it to Chicago but would like to hear the music, I recommend the 1971 recording by Georg Solti with the Vienna Philharmonic. The final installment of this series at The Norse Mythology Blog will include a bibliography of sources used – a list which can also serve as a guide for further reading. 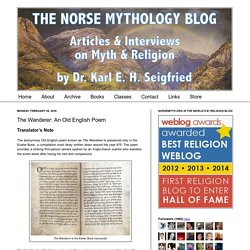 The poem provides a striking first-person lament spoken by an Anglo-Saxon warrior who wanders the world alone after losing his lord and companions. The Wanderer's reflections on his past life experiences make no mention of overtly Christian concepts, despite the short bit of framing narration after the monologue that provides a devout gloss.

Instead, we read of the workings of fate (wyrd) and the relationships of reciprocal gifting in pre-Christian warrior society. Bruce Mitchell and Fred C. Jackson Crawford. Articles & Interviews on Myth & Religion. I regularly receive emails from students of various ages asking to interview me about Norse mythology and Norse religion for their class projects. 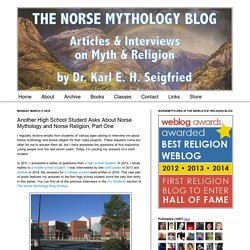 These requests come too often for me to answer them all, but I have answered the questions of five inquisitive young people over the last seven years. Today, I’m posting my answers to a sixth student. In 2011, I answered a series of questions from a high school student. In 2012, I wrote replies to a middle school student. I was interviewed by one sixth grader in 2013 and another in 2014. Ēostre - Real Goddess or Bede's Invention? *Disclaimer* This article is in no way intended to proselytize for or against any religion, or to prove Ostara literally exists as a spiritual entity. 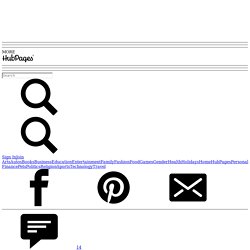 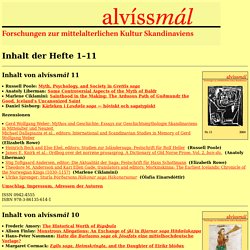 Trolls of Denmark. This folktale is from J. 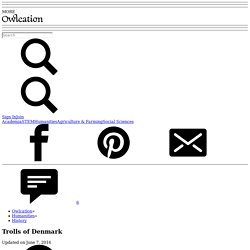 M. Thiele's "Danske Folkesagn" with illustrations by Johan Thomas Lundbye. The story is from Zealand, and you will see that the troll is portrayed as a small fellow, about the size of a child. "There once was a midwife named Gertrud. Tyr - Norse Mythology for Smart People. Tyr (pronounced like the English word “tier”; Old Norse Týr, Old English Tiw, Old High German *Ziu, Gothic Tyz, Proto-Germanic *Tiwaz, “god”[1][2]) is a Norse war god, but also the god who, more than any other, presides over matters of law and justice. 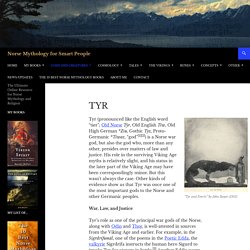 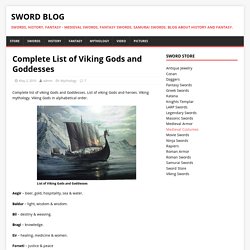 List of viking Gods and heroes. Viking mythology. Viking Gods in alphabetical order. Aegir – beer, gold, hospitality, sea & water. Baldur – light, wisdom & wisdom. Articles & Interviews on Myth & Relgion. Word from word sought a word for me, deed from deed sought a deed for me. – Hávamál The Norse mythology books listed below are free to read online or download as eBooks. The Norse God Family Tree – Veritable Hokum. UPDATE 11/23/2015: I made a poster version! Check it out! I realize this is a weird way to lay out a family tree.

In my defense, it’s a weird family. And also a very inconsistent family – a lot of these relations are vaguely defined at best, and in some cases different sources directly contradict each other. The most comprehensive primary source, written by Snorri Sturluson, is the least reliable by far, because it’s partly true but badly cited, and partly made up, and we can’t be really sure which is which. Understanding the Fylgjur. The Old Norse Language and How to Learn It. Ask veit ek standa, heitir Yggdrasill, hár baðmr, ausinn hvíta auri; þaðan koma döggvar, þærs í dala falla, stendr æ yfir grænn Urðarbrunni. (“There stands an ash called Yggdrasil, A mighty tree showered in white hail. From there come the dews that fall in the valleys. It stands evergreen above Urd’s Well.”[1]) The Norse God Family Tree – Veritable Hokum. HOLIDAY DEADLINES:According to the print shop I’m using to print and ship these, these are the last days I can guarantee things will be in your hands before the holidays:United States: December 8Canada: December 4Europe/Asia/Pacific/Australia/New Zealand/Carribean: November 24Africa/Central & South America/Middle East: November 16 I should mention that this (along with basically all of our info on Norse mythology) is based on the comprehensive-but-questionable work of a 13th century Icelander named Snorri Sturluson.

In general, I went with the English versions of their names (as opposed to Old Norse, which would have looked so different in some cases that I figured no one would be able to read it). These prints are super high-quality - bright colors, matte finish, and paper so thick it makes a noise when you hit things with it (although I wouldn't try it unless you like your posters bent). Seriously, I'd call them art prints if it didn't make me feel so pretentious. A Norse God Family Tree. You Can’t Keep a Dead Man Down: Draugar in Lore and Life. Originally published in Idunna #70, Yule, 2006. A PDF version of this article is available.

Norse Magic. The Norse Mythology Blog. Germanic Mythology. Annotated Voluspa. Saga-Book Of The Viking Society. Temenos. Temenos. Nordic Journal of Comparative Religion is published by the Finnish Society for the Study of Religion. The journal was founded in 1965 as a joint publication with the learned societies of Comparative Religion in Denmark, Finland, Norway and Sweden to promote the research and communication of ideas between scholars.

Temenos publishes scholarly articles, academic discussions, conference reports and book reviews within the field of the study of religion and culture. Temenos is an open access journal, and issues are published online one year after the publication of the paper version. We are currently in the process of digitizing back issues, and past articles will be published in the archives section of this website as the project progresses. Vol 49, No 2 (2013) Theme: RE in the Nordic Countries. Hnefatafl: the Game of the Vikings. Septentrionalia: The Medieval North. Stofnun Arna Magnussonar. SASS Index: Search. Publications of the SSNS. The Nine Worlds. Gods and Goddesses on the Edge: Myth and Liminality. Viking Society Web Publications. Scandinavian Creatures.