Classification of demons. There have been various demonologies (classifications of demons) in Christian demonology and classical occultism and Renaissance magic. 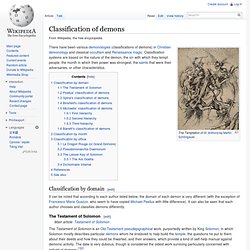 Classification systems are based on the nature of the demon, the sin with which they tempt people, the month in which their power was strongest, the saints that were their adversaries, or other characteristics. Classification by domain[edit] It can be noted that according to each author listed below, the domain of each demon is very different (with the exception of Francesco Maria Guazzo, who seem to have copied Michael Psellus with little difference). 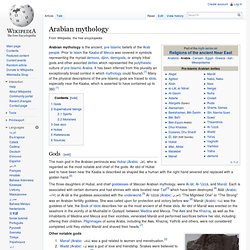 Prior to Islam the Kaaba of Mecca was covered in symbols representing the myriad demons, djinn, demigods, or simply tribal gods and other assorted deities which represented the polytheistic culture of pre-Islamic Arabia. It has been inferred from this plurality an exceptionally broad context in which mythology could flourish.[1] Many of the physical descriptions of the pre-Islamic gods are traced to idols, especially near the Kaaba, which is asserted to have contained up to 360.[1] Gods[edit] The main god in the Arabian peninsula was Hubal (Arabic: هبل‎), who is regarded as the most notable and chief of the gods. An idol of Hubal said to have been near the Kaaba is described as shaped like a human with the right hand severed and replaced with a golden hand.[2] Bahamut. Bahamut or Bahamoot (/bəˈhɑːmuːt/ bə-HAH-moot; Arabic: بهموت‎ Bahamūt) is a vast fish that supports the earth in Arabian mythology.[1][2] In some sources, Bahamut is described as having a head resembling a hippopotamus or elephant.[3] Overview[edit] In Arabic myth, Bahamut is a giant fish acting as one of the layers that supports the earth.[1] In Jorge Luis Borges' Book of Imaginary Beings, Bahamut is "altered and magnified"[2] from Behemoth, and described as so immense that a human cannot bear its sight; "[all] the seas of the world, placed in one of the fish's nostrils, would be like a mustard seed laid in the desert. 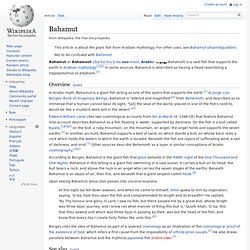 "[2] According to Borges, Bahamut is the giant fish that Jesus beholds in the 496th night of the One Thousand and One Nights. Upon seeing Bahamut, Jesus (Isa) passes into unconsciousness: At this sight Isa fell down aswoon, and when he came to himself, Allah spake to him by inspiration, saying, 'O Isa, hast thou seen the fish and comprehended its length and its breadth? ' Nasnas. A nasnas (Arabic: نناسس‎ nasnās) is a monstrous creature in Arab folklore. 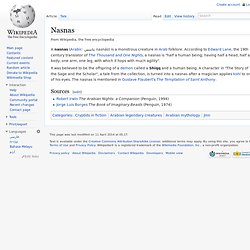 According to Edward Lane, the 19th century translator of The Thousand and One Nights, a nasnas is "half a human being; having half a head, half a body, one arm, one leg, with which it hops with much agility". Robert Irwin The Arabian Nights: a Companion (Penguin, 1994)Jorge Luis Borges The Book of Imaginary Beasts (Penguin, 1974) Jinn. Imam Ali Conquers Jinn Unknown artist Ahsan-ol-Kobar 1568 Golestan Palace. 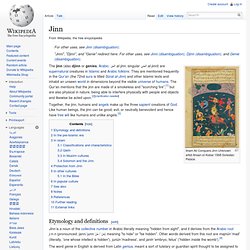 Together, the jinn, humans and angels make up the three sapient creations of God. Like human beings, the jinn can be good, evil, or neutrally benevolent and hence have free will like humans and unlike angels.[3] Etymology and definitions[edit] Jinn is a noun of the collective number in Arabic literally meaning "hidden from sight", and it derives from the Arabic root j-n-n (pronounced: jann/ junn جَنّ / جُنّ) meaning "to hide" or "be hidden". Other words derived from this root are majnūn 'mad' (literally, 'one whose intellect is hidden'), junūn 'madness', and janīn 'embryo, fetus' ('hidden inside the womb').[4] In Arabic, the word jinn is in the collective number, translated in English as plural (e.g., "several genies"); jinnī is in the singulative number, used to refer to one individual, which is translated by the singular in English (e.g., "one genie"). 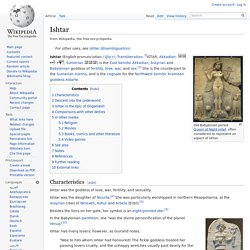