DNA Doe Project. Retraction Watch – Tracking retractions as a window into the scientific process. Argumentation in artificial intelligence. Abstract Over the last ten years, argumentation has come to be increasingly central as a core study within Artificial Intelligence (AI). 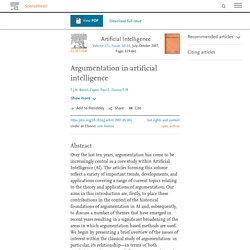 The articles forming this volume reflect a variety of important trends, developments, and applications covering a range of current topics relating to the theory and applications of argumentation. Our aims in this introduction are, firstly, to place these contributions in the context of the historical foundations of argumentation in AI and, subsequently, to discuss a number of themes that have emerged in recent years resulting in a significant broadening of the areas in which argumentation based methods are used. We begin by presenting a brief overview of the issues of interest within the classical study of argumentation: in particular, its relationship—in terms of both similarities and important differences—to traditional concepts of logical reasoning and mathematical proof.

Could humans be Earth's second civilization? “How do you know we’re the only time there’s been a civilization on our own planet?” [said Goddard Institute for Space Studies director Gavin Schmidt]. [T]hat first conversation launched a new study we’ve recently published in the International Journal of Astrobiology. Though neither of us could see it at that moment, Gavin’s penetrating question opened a window not just onto Earth’s past, but also onto our own future. [C]ould researchers find clear evidence that an ancient species built a relatively short-lived industrial civilization long before our own? Perhaps, for example, some early mammal rose briefly to civilization building during the Paleocene epoch about 60 million years ago. MACH: The best and latest in Tech & Innovation. Dominic Hogdson / Sentinel-2/ESA Environment Iceberg's break from Antarctic ice shelf is 'geologically imminent' Scientists are eyeing a huge crack in the ice that has grown more than 650 feet in the past month. 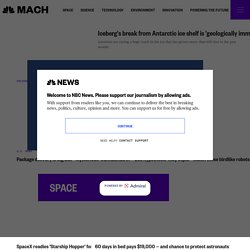 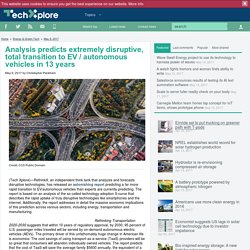 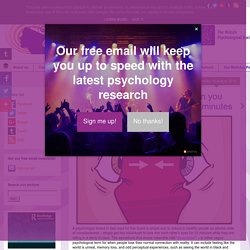 Each pair sat in chairs opposite each other, one metre apart, in a large, dimly lit room. Specifically, the lighting level was 0.8 lx, which Caputo says "allowed detailed perception of the fine face traits but attenuated colour perception. " The participants' task was simply to stare into each other's eyes for 10 minutes, all the while maintaining a neutral facial expression. A control group of a further 20 participants also sat in a dimly lit room in pairs, but their chairs faced the wall and they stared at the wall. Beforehand both groups were told that the study was going to involve a "meditative experience with eyes open. " When the 10 minutes were over the participants filled out three questionnaires: the first was an 18-item test of dissociative states; the other two asked questions about their experience of the other person's face (or their own face if they were in the control group). 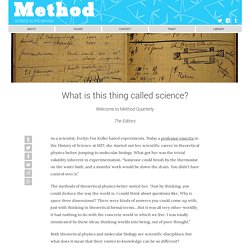 Today a professor emerita in the History of Science at MIT, she started out her scientific career in theoretical physics before jumping to molecular biology. What got her was the trivial volatility inherent in experimentation. “Someone could brush by the thermostat on the water bath, and a months’ work would be down the drain. You didn’t have control over it.” The methods of theoretical physics better suited her. Both theoretical physics and molecular biology are scientific disciplines, but what does it mean that their routes to knowledge can be so different? While the scientific method is routinely described as a linear path from observation to hypothesis to experiment to discovery, the everyday of scientific labor is much less ordered. 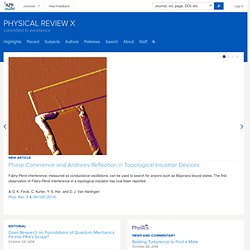 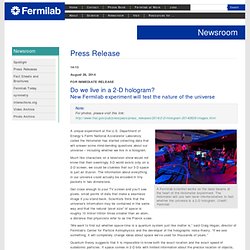 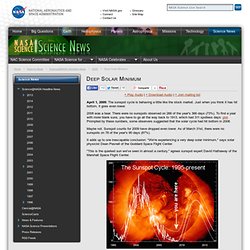 Just when you think it has hit bottom, it goes even lower. 2008 was a bear. There were no sunspots observed on 266 of the year's 366 days (73%). To find a year with more blank suns, you have to go all the way back to 1913, which had 311 spotless days: plot. Maybe not. It adds up to one inescapable conclusion: "We're experiencing a very deep solar minimum," says solar physicist Dean Pesnell of the Goddard Space Flight Center.

"This is the quietest sun we've seen in almost a century," agrees sunspot expert David Hathaway of the Marshall Space Flight Center. Above: The sunspot cycle from 1995 to the present. Top Sites That Make Science Awesome. Posted by Elizabeth Harper on April 24, 2013 in Internet & Networking, Computers and Software, Family and Parenting, Kids, Guides & Reviews, Fab Websites :: 0 comments Though you may remember science class as dull, much has changed. 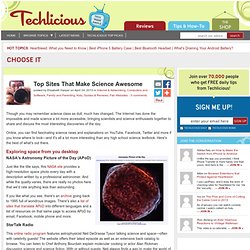 The Internet has done the impossible and made science a lot more accessible, bringing scientists and science enthusiasts together to share and discuss the most interesting discoveries of the day. Online, you can find fascinating science news and explanations on YouTube, Facebook, Twitter and more if you know where to look—and it's all a lot more interesting than any high school science textbook. Here's the best of what's out there. Exploring space from you desktop. Neuroanthropology. Phi, 1.618, the Golden Ratio and Fibonacci series and its applications. Center for the Study of the First Americans. Start Page - The Faculty of Science, University of Gothenburg, Sweden. The Faculty of Science The Faculty of Science includes all the major subject areas in the fields of mathematics and natural sciences. 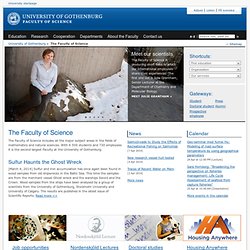 With 6 500 students and 730 employees it is the second largest Faculty at the University of Gothenburg. The Nation's Oldest College Science Publication. Institute for Ethics and Emerging Technologies. Foundational Questions Institute. The Foundational Questions Institute (FQXi) To catalyze, support, and disseminate research on questions at the foundations of physics and cosmology, particularly new frontiers and innovative ideas integral to a deep understanding of reality but unlikely to be supported by conventional funding sources. FQXi has five goals: {*style:<ul style="padding-left:20px;"><li> To expand the purview of scientific inquiry to include scientific disciplines fundamental to a deep understanding of reality, but which are currently largely unsupported by conventional grant sources.

Universe Today — Space and astronomy news. Scale of Universe - Interactive Scale of the Universe Tool. Science for celebrities. In January 2007, exasperated by the tide of influential and misleading claims made by celebrities in the public sphere, we worked with scientists to produce Making Sense of Science for Celebrities. Each year since, Sense About Science has reviewed the odd science claims people in the public eye have made - about diets, cancer, magnets, radiation and more - sent in to us by scientists and members of the public.

Many of these claims promote theories, therapies and campaigns that make no scientific sense. We ask scientists to respond, to help the celebrities realise where they are going wrong and to help the public to make sense of celebrity claims. “We seem to be seeing a celebrity divide on science. The implausible and frankly dangerous claims about how to avoid cancer, improve skin or lose weight are becoming ever more ridiculous.