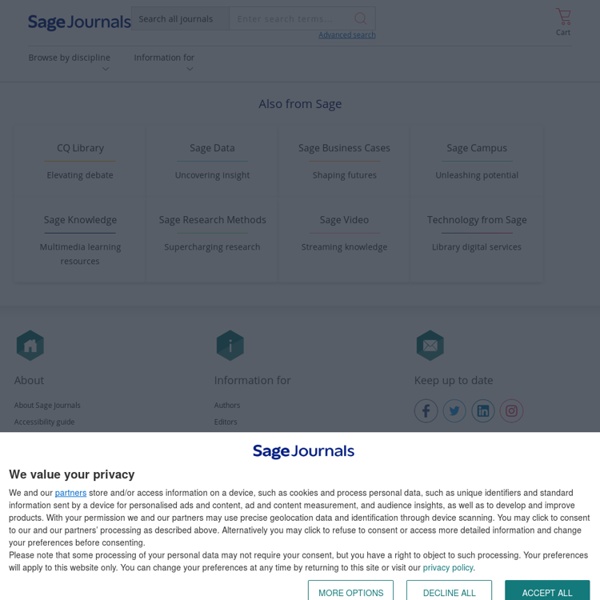 *on information privilege. – info-mational (Char Booth) The concept of information privilege situates information literacy in a sociocultural context of justice and access. Information as the media and messages that underlie individual and collective awareness and knowledge building; privilege as the advantages, opportunities, rights, and affordances granted by status and positionality via class, race, gender, culture, sexuality, occupation, institutional affiliation, and political perspective. In an extended period of relative disengagement with writing I have started and stopped and restarted this post so many times that it’s become a bit ridiculous, but based on the interest generated by discussions of information privilege in my teaching and speaking contexts it’s clearly time to finish.

Sharpie die hards keep Australia's only home-grown youth subculture alive Updated Australian music stalwart Chane Chane is part of a small rearguard of 'sharpies' desperate to preserve a subculture that flourished in the late 60s and early 70s. Defined by idiosyncratic fashion and footwear and even stranger dancing and live music, some claim that the sharpies were Australia's only truly home-grown youth subculture. Chane Chane once led a sharpie gang in Melbourne at a time the gangs were battling with mods, long hairs and surfies. Open Access Open access literature is digital, online, free of charge, and free of most copyright and licensing restrictions. There’s an incredible amount of scientific research conducted at universities and institutions around the world. Historically, the findings of this research have been published in scholarly journals.

Introduction Katarxis Nº 3 Editors' Introduction ‘People used to say that just as the twentieth century had been the century of physics, the twenty-first century would be the century of biology… We would gradually move into a world whose prevailing paradigm was one of complexity, and whose techniques sought the co-adapted harmony of hundreds or thousands of variables.

What are Academic Book Publishers for? Part 1 (Scholarly Kitchen) Editor’s Note: Today’s post is by Richard Fisher. Richard has worked in academic publishing since 1983. Previously Managing Director of Academic Publishing at Cambridge University Press, he is now Deputy Chairman of Yale University Press (London), a non-executive director of Edinburgh UP and Vice-President and Chair of Publications for the Royal Historical Society. He also writes a regular blog for the Independent Publishers Guild in the UK on the intersection of academic publishing and public policy. This is the first of a two-part post, the second to follow tomorrow. An introduction to a (very) resonant question

article 'Storytelling: From the early Anthropocene to the good or the bad Anthropocene' on: by igostr Aug 22

In the novel, it is said to be extremely overwhelming to take care of disabled, elderly people. Lou's primary daughter Shelley was very stressed attempting to take care of him. She tried to manage work, raising two children, and looking after Lou. Lou began to feel like another child to her. This article lists many of the stresses placed on caretakers of the elderly. The nurses wanted to quit their jobs as they became more difficult, similar to how Shelley wanted to put Lou in a nursing home. by pjweierbach Jul 21