Institute for Health Metrics and Evaluation 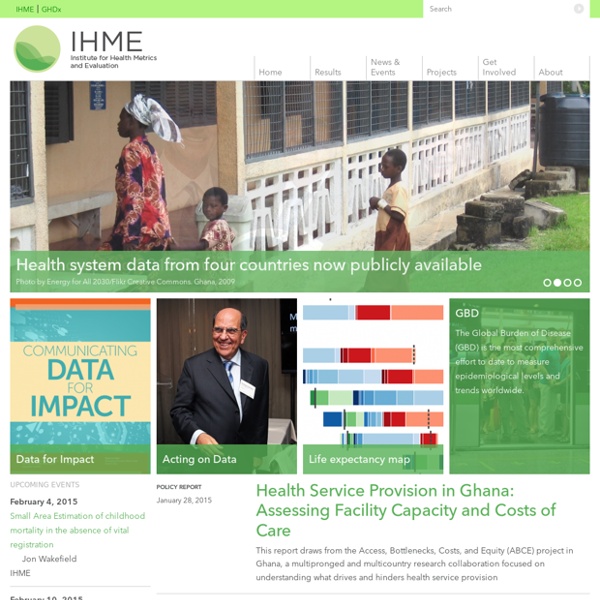 Green R&D - Hypergiant Algae is a single-celled organism that is capable of multiplying rapidly through the absorption of sunlight and carbon dioxide. It is considered one of nature’s most efficient machines. Algae can be grown nearly anywhere and it requires very few nutrients to survive. It is high in proteins, lipids, and starches, making it suitable for a variety of uses, including as food. The Hypergiant Eos Bioreactor uses algae, specifically Chlorella Vulgaris which is capable of pulling CO2 from the atmosphere at a much higher rate than any other plant. Algae is the central ingredient in our bioreactor.

antigenic shift - definition Antigenic shift: A sudden shift in the antigenicity of a virus resulting from the recombination of the genomes of two viral strains. Antigenic shift is seen only with influenza A viruses. It results usually from the replacement of the hemagglutinin (the viral attachment protein that also mediates the entry of the virus into the cell) with a novel subtype that has not been present in human influenzaviruses for a long time. The source of these new genes is the large reservoir of influenzaviruses in waterfowl. The consequences of the introduction of a new hemagglutinin into human viruses is usually a pandemic, or a worldwide epidemic.

Could humans be Earth's second civilization? “How do you know we’re the only time there’s been a civilization on our own planet?” [said Goddard Institute for Space Studies director Gavin Schmidt]. [T]hat first conversation launched a new study we’ve recently published in the International Journal of Astrobiology. Substitution Mutation Substitution Mutation Definition A substitution mutation is a type of replication error during DNA replication which places the wrong nucleotide or sequence of nucleotides in the wrong position. A type of substitution mutation, a point mutation, occurs which a single nucleotide is substituted. This can be seen in the image below.

MACH: The best and latest in Tech & Innovation Dominic Hogdson / Sentinel-2/ESA Environment Iceberg's break from Antarctic ice shelf is 'geologically imminent' Scientists are eyeing a huge crack in the ice that has grown more than 650 feet in the past month. U.S. news Argumentation in artificial intelligence Abstract Over the last ten years, argumentation has come to be increasingly central as a core study within Artificial Intelligence (AI). The articles forming this volume reflect a variety of important trends, developments, and applications covering a range of current topics relating to the theory and applications of argumentation. Our aims in this introduction are, firstly, to place these contributions in the context of the historical foundations of argumentation in AI and, subsequently, to discuss a number of themes that have emerged in recent years resulting in a significant broadening of the areas in which argumentation based methods are used. We begin by presenting a brief overview of the issues of interest within the classical study of argumentation: in particular, its relationship—in terms of both similarities and important differences—to traditional concepts of logical reasoning and mathematical proof.

Analysis predicts extremely disruptive, total transition to EV / autonomous vehicles in 13 years (Tech Xplore)—RethinkX, an independent think tank that analyzes and forecasts disruptive technologies, has released an astonishing report predicting a far more rapid transition to EV/autonomous vehicles than experts are currently predicting. The report is based on an analysis of the so-called technology-adoption S-curve that describes the rapid uptake of truly disruptive technologies like smartphones and the internet. Additionally, the report addresses in detail the massive economic implications of this prediction across various sectors, including energy, transportation and manufacturing. Rethinking Transportation 2020-2030 suggests that within 10 years of regulatory approval, by 2030, 95 percent of U.S. passenger miles traveled will be served by on-demand autonomous electric vehicles (AEVs).

What is this thing called science? As a scientist, Evelyn Fox Keller hated experiments. Today a professor emerita in the History of Science at MIT, she started out her scientific career in theoretical physics before jumping to molecular biology. What got her was the trivial volatility inherent in experimentation. “Someone could brush by the thermostat on the water bath, and a months’ work would be down the drain. You didn’t have control over it.”