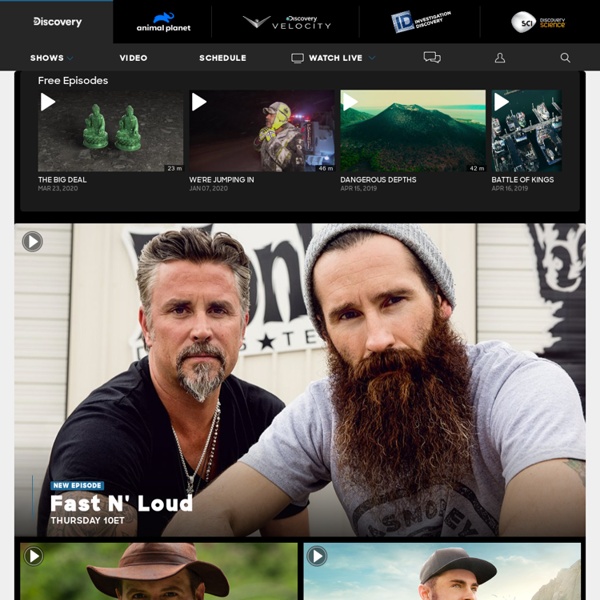 MACH: The best and latest in Tech & Innovation Dominic Hogdson / Sentinel-2/ESA Environment Iceberg's break from Antarctic ice shelf is 'geologically imminent' Could humans be Earth's second civilization? “How do you know we’re the only time there’s been a civilization on our own planet?” [said Goddard Institute for Space Studies director Gavin Schmidt]. [T]hat first conversation launched a new study we’ve recently published in the International Journal of Astrobiology. Though neither of us could see it at that moment, Gavin’s penetrating question opened a window not just onto Earth’s past, but also onto our own future. [C]ould researchers find clear evidence that an ancient species built a relatively short-lived industrial civilization long before our own?

Analysis predicts extremely disruptive, total transition to EV / autonomous vehicles in 13 years (Tech Xplore)—RethinkX, an independent think tank that analyzes and forecasts disruptive technologies, has released an astonishing report predicting a far more rapid transition to EV/autonomous vehicles than experts are currently predicting. The report is based on an analysis of the so-called technology-adoption S-curve that describes the rapid uptake of truly disruptive technologies like smartphones and the internet. Additionally, the report addresses in detail the massive economic implications of this prediction across various sectors, including energy, transportation and manufacturing. Rethinking Transportation 2020-2030 suggests that within 10 years of regulatory approval, by 2030, 95 percent of U.S. passenger miles traveled will be served by on-demand autonomous electric vehicles (AEVs). "Our analysis indicates that 2021 is the most likely date for the disruption point," the report reads. The energy sector

This Phone Charger Uses Crystal Orbs to Focus the Sun's Rays A $149 solar smartphone charger called Beta.ey features a ball lens and minuscule multi-junction solar cell that can charge a smartphone one and a half times per day. RawLemon The theory underlying the project is that gleaming crystal globes can concentrate diffuse sunlight, or even moonlight, onto a tiny, hyper-efficient photovoltaic cell. The crystal ball is paired with a dual-motion tracking system that keeps the sun's energy focused on the cell throughout the day. The hope is that these innovations will make solar power a practical solution in parts of the world where it's previously been a non-starter.

Green R&D - Hypergiant Algae is a single-celled organism that is capable of multiplying rapidly through the absorption of sunlight and carbon dioxide. It is considered one of nature’s most efficient machines. Algae can be grown nearly anywhere and it requires very few nutrients to survive. It is high in proteins, lipids, and starches, making it suitable for a variety of uses, including as food. Weird things start to happen when you stare into someone's eyes for 10 minutes Giovanni Caputo recruited 20 young adults (15 women) to form pairs. Each pair sat in chairs opposite each other, one metre apart, in a large, dimly lit room. Specifically, the lighting level was 0.8 lx, which Caputo says "allowed detailed perception of the fine face traits but attenuated colour perception." The participants' task was simply to stare into each other's eyes for 10 minutes, all the while maintaining a neutral facial expression.

Expat Shield Get a UK IP address.Secure your web session, data, online shopping, and personal information online with HTTPS encryption.Protect yourself from identity theft online.Hide your IP address for your privacy online.Access all content privately without censorship; bypass firewalls.Protect yourself from snoopers at Wi-Fi hotspots, hotels, airports, corporate offices. Protect Your Personal Information How long does it take for a hacker to get access to your personal information like Usernames, Passwords, and Credit Card numbers?

What is this thing called science? As a scientist, Evelyn Fox Keller hated experiments. Today a professor emerita in the History of Science at MIT, she started out her scientific career in theoretical physics before jumping to molecular biology. What got her was the trivial volatility inherent in experimentation. Physical Review X Does Research on Foundations of Quantum Mechanics Fit into PRX’s Scope? October 24, 2014 The editors and Bill Poirier from Texas Tech University spotlight an original, thought-provoking paper by Hall, Deckert, and Wiseman on foundations of quantum mechanics, Phys. Rev. X, 4, 041013 (2014).