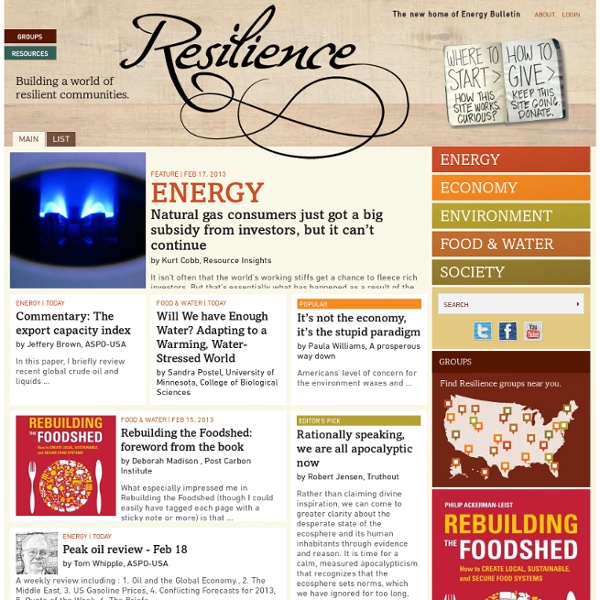 National Oceanic and Atmospheric Administration The Upside of Down: Catastrophe, Creativity, And the Renewal of Civilization - Thomas F. Homer-Dixon 21 Online Free Web Based Applications That You Probably Would Love To Use Every Day! - Opensource, Free and Useful Online Resources for Designers and Developers Today, we are listing 21 free and online web based applications which are very helpful for you to process your daily work. If you are designer, developer, office worker, manager, supervisor, student, home user, etc but we make sure to add something interesting for everyone. Most of them are not very well known but they are really amazing in respect to their features. Just take a look at them and share your thoughts here. You are welcome to share if you know about any free web based application which our readers may like. Phonevite Sending reminders and alerts, with your own voice, is easy and simple using PhoneviteÃ¢â€žÂ¢. Google Docs You can import your existing documents, spreadsheets and presentations, or create new ones from scratch. crazyegg – visualize your visitors Crazy Egg will help you improve the design of your site by showing you where people are clicking and where they are not. Windows Live OneCare safety scanner hooeey – Record, retrieve and analyze your web hops vuzit codepaste

Arc The End of Cheap Oil, by Colin J. Campbell, Jean Laherrere Why is the global economy constrained by the energy cost of energy? In 1973 and 1979 a pair of sudden price increases rudely awakened the industrial world to its dependence on cheap crude oil. Prices first tripled in response to an Arab embargo and then nearly doubled again when Iran dethroned its Shah, sending the major economies sputtering into recession. Their dire predictions were emotional and political reactions; even at the time, oil experts knew that they had no scientific basis. The next oil crunch will not be so temporary. Unfortunately, this appraisal makes three critical errors. From an economic perspective, when the world runs completely out of oil is thus not directly relevant: what matters is when production begins to taper off. Using several different techniques to estimate the current reserves of conventional oil and the amount still left to be discovered, we conclude that the decline will begin before 2010. Getting good estimates of reserves is much harder, however.

The Oil Drum | Discussions about Energy and Our Future Paranormal research investigation anomalous phenomena scientific ASSAP Oil around the World Norway Looks North for Oil and Gas Oil and Politics in Iraq Squabbles over the South China Sea Putting India on the World’s Petroleum Map Oil Rushes Back to Libya Norway’s economy depends on the sea. Many tons of cod, herring, mackerel and other fish hauled in from Norwegian waters land on dinner plates around the world each year, making Norway the world’s second-largest fish exporter. Fifty years ago, no one would have predicted that another offshore resource — hydrocarbons — would one day supersede fish as Norway’s most valuable asset. “The chances of finding coal, oil or sulfur on the continental shelf off the Norwegian coast can be discounted,” an official from the Norwegian Geological Survey wrote in a letter to the Norwegian Ministry of Foreign Affairs in 1958. The following year, however, a large gas field was discovered in the North Sea off the coast of the Netherlands, prompting speculation that similar deposits might lie a bit farther north. Erin Wayman Back to top