And Some Businesses & Corporations are Outstanding Citizens

Chinese Takeaway Goes Viral For Its Savage Replies To Bad Customer Reviews. For a local takeaway, a single customer review can make it or break it in the restaurant game. 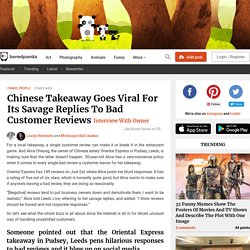 H-E-B Grocery Store Is The Hero We Need In Texas. Who's in the mood for a good news story about Texas? 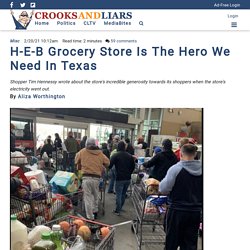 We have one for you, courtesy of the H-E-B grocery store near Austin, Texas. Facebook user Tim Hennessy wrote about his experience having been in the middle of shopping there when the electricity went out in the store. He and his wife finished up his shopping, and proceeded to the checkout counters, where the lines were moving very slowly, as you'd expect. Suddenly, though the lines started moving fairly quickly, and Hennessy assumed the store had worked out some system for checking people out. Floracracy’s bespoke bouquets are a luxurious, clever alternative to 1. Formr is furniture made by formerly incarcerated people. The Major U.S. Airlines Have All Eliminated Change Fees for Good.

United, Delta, American, and Alaska have all eliminated their flight change fees in one of the more significant changes to the way airlines do business in recent history. share this article Since the onset of the coronavirus pandemic, we have wondered what kind of changes COVID would bring to travel, and whether those changes would be temporary or longer lasting. 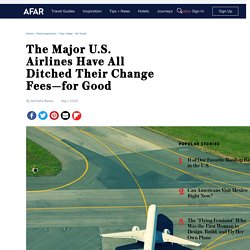 And now we’re seeing one of the first of the more permanent developments—the death of the airline change fee. Over the course of about 48 hours, United Airlines, Delta Air Lines, American Airlines, and Alaska Airlines all announced that they have permanently eliminated their flight change fees. “This is a very important change,” said Henry Harteveldt, a travel industry analyst and president of travel market research firm Atmosphere Research. Harteveldt observed that it also puts United, Delta, American, and Alaska on a more level playing field with Southwest, which has a long-standing policy of no change fees. The North Face boycotts Facebook amid pressure from organizations - Business Insider. The North Face boycotts Facebook amid pressure from organizations - Business Insider. Certified B Corporation. Apr 21 How Interdependent Leadership Can Help Businesses Weather COVID-19 The B Corp Community Stands Together Through Challenges to Build a Brighter Economic Future Feb 27 Black History Never Dies: Responding to the B Corp Community’s Call for Racial Equity B Lab’s Director of Inclusive Economies Shares Ongoing Changes and Funding Opportunities at the Nonprofit Feb 26 Personal Experience Inspires EDI Leadership and Goals for B Lab B Lab’s Director of Equity, Diversity and Inclusion Shares History and Vision Feb 5 Develop the Most Effective Impact Strategies with This New Tool. 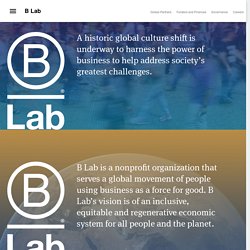 Publix Will Buy Excess From Farmers for Food Banks. Publix is buying excess milk and produce from farmers to donate to food banks In recent weeks, stories of farmers being forced to dump milk and destroy heaps of fresh produce have been juxtaposed with photos of cars lined up at food banks, an illustration of the surplus and scarcity that can coexist when there’s no easy way to get all the food meant for now-closed schools, hotels, and restaurants into the hands of consumers at grocery stores and pantries. 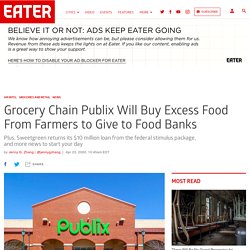 Supermarket chain Publix is seeking to close that gap between commercial and consumer food supply chains with a new initiative to buy fresh produce and milk from farmers impacted by the pandemic and donate the food directly to Feeding America food banks. “As a food retailer, we have the unique opportunity to bridge the gap between the needs of families and farmers impacted by the coronavirus pandemic,” Publix CEO Tood Jones said in an April 22 press release. And in other news… • All AM Intel Coverage [E] Cornell medical school will start giving full scholarships to students who qualify for financial aid. Weill Cornell Medicine said Monday it would eliminate medical education debt for all students who qualified for financial aid, starting with the students that entered the program this fall. 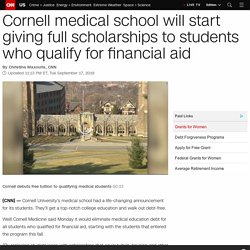 "By replacing student loans with scholarships that cover tuition, housing and other living expenses, the programs ensures that all students, including those from economically diverse backgrounds, can pursue their medical education without financial burden," the university said in a statement. The decision was made possible by donor gifts, which round up to more than a whopping $160 million, the university said. "This bold initiative to eliminate medical education student debt ensures that every student who wishes to become a doctor can do so -- for their betterment and for the patients they serve," Cornell University President Martha E. 50 Times Hotels Surprised Everyone With Their Creativity (New Pics) Customers should be treated like kings and queens. 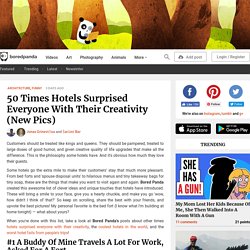 They should be pampered, treated to large doses of good humor, and given creative quality of life upgrades that make all the difference. This is the philosophy some hotels have. And it's obvious how much they love their guests. Some hotels go the extra mile to make their customers' stay that much more pleasant. From bed forts and 'spouse disposal units' to hilarious menus and tiny takeaway bags for tiny soap, these are the things that make you want to visit again and again.

How Costco gained a cult following — by breaking every rule of retail. On first impression, Costco makes no sense. 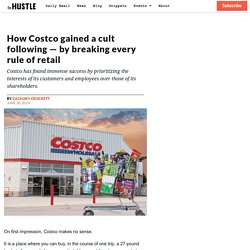 It is a place where you can buy, in the course of one trip, a 27-pound bucket of mac and cheese, a patio table, a wedding dress, a casket, a handle of gin, a tank of gas, a passport photo, a sheepskin rug, a chicken coop, prescription medications, life insurance, a $1.50 hotdog, and a $250,000 diamond ring. Items sit on wooden pallets in dark, unmarked aisles.

Brand selection is limited. And you pay a $60 annual membership fee just to get in the door. Chobani Yogurt announces it will pay off all of Rhode Island Warwick School District's lunch debt. Earlier this week reports came out that the Warwick School District in Rhode Island was about to implement a policy that students who had outstanding school lunch debt would only be served sunflower seed butter and jelly sandwiches for lunch. 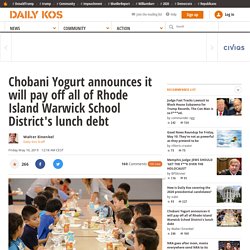 According to the district, they had over $77,000 in school lunch debt and were also facing millions of dollars in budget deficits this coming fiscal year. The fact that schools are squeezed for debt, and would have to sink to shaming kids and their families is a sad state of affairs. After the blowback from this policy decision crossed the country, the Warwick School District announced on Wednesday that they were reversing course on the jelly sandwich policy, telling CBS News that they had collected around $14,000 from parents with outstanding debts.

Greyhound tells passengers how to push back when Border Patrol comes on board. Reddit's Most Ethical Companies. Not too long ago, this thread on Reddit got us thinking. 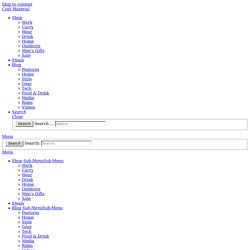 9 fast food companies that give their employees some of the best perks — from a pound of free coffee a week to paid trips around the world. Bank of America - Making a commitment to the families of those who serve. Starbucks Already Hit Its Goal of Hiring 10,000 Veterans. Some companies might have simply said, “Mission accomplished.” But after hitting its goal of hiring 10,000 US veterans a full year ahead of schedule, Starbucks has decided to extend its commitment to support those who have served America, more than doubling its hiring goal moving forward. The world’s largest coffee chain originally announced its commitment to hire veterans and military spouses back in November 2013, pledging to hire 10,000 former members of the armed forces within the next five years. This Company Uses Trash From Haiti to Create Ethical Fabrics. 1Share0 Image credit: Courtesy Thread International The global fashion industry has a major pollution problem, thanks to the rise of fast-fashion apparel.

Cheap, low quality items can be bought, disposed of, and bought again, but at an environmental cost—large quantities of water that become contaminated with bleaches, dyes, and more during the manufacturing process, for one thing. CREDO Confirms It’s at Center of Long-Running Legal Fight Over NSLs. San Francisco - CREDO Mobile representatives confirmed today that their company was at the center of the long-running legal battle over the constitutionality of national security letters (NSLs), and published the letters the government sent three years ago. The Electronic Frontier Foundation (EFF) has represented CREDO in this matter since 2013—and the case, bundled with two other NSL challenges, has reached the United States Court of Appeals for the Ninth Circuit. Until now, CREDO was under a gag order, preventing CREDO officials from identifying the company or discussing their role in the case. In March, a district court found that the FBI had failed to demonstrate the need for this gag, and struck it down pending an appeal by the government.

But earlier this month, the government decided to drop its appeal of that order, leaving CREDO free to talk about why the legal challenge is important to the company and its customers. Log In. Photo. Orlando club shooting: Survivors' medical bills waived. Image copyright Reuters. Wegmans Is Officially America's Favorite Grocery Store. Store’s Heartwarming Response To Customer’s Coat Return Goes Viral. In parity effort, Salesforce adjusts employees’ pay by $3 million. Kickstarter is legally obliged to give back to society. Kickstarter Focuses Its Mission on Altruism Over Profit. Photo. Huffingtonpost. Britain's Largest Grocer Is Giving Unsold Food To Those Who Need It.

Transgender Community Caught Slightly Off Guard By Baskin-Robbins’ Enthusiastic Support - The Onion - America's Finest News Source. A Woman Complained To Planet Fitness About A Transgender Member. This Is How They Responded. Brewers Help Troops With $100 Million in Beer Commercials. Pittsburgh Restaurant Bans Tips, Will Pay Servers A Livable Salary Instead. TD Canada Trust Customers Floored By Automated Thanking Machines. On days when most of the headlines about banks make you consider storing all your money in a mattress, it's nice to see a financial firm break from the trend of "bad banks behaving badly. " In an effort to thank its customers, TD Canada Trust went above and beyond offering free coffee and cookies; the bank deployed "Automated Thanking Machines" to branches across Canada that gave lucky customers some remarkable gifts, including trips, memorable experiences and fulfilled dreams, the Examiner reports.

Why Is One Fast Food Restaurant Paying Double The Minimum Wage? Chipotle Considers Using Antibiotic-Treated Beef. 2 E-Mail Services Close and Destroy Data Rather Than Reveal Files. Panera Trying New Pay-What-You-Want Experiment. 10 Most Unusual Company Perks. The company that offers free beer to employees every Friday. The Onion Freely And Happily Gives Its Employees' Passwords To China. In the wake of a four-month cyber-assault by Chinese hackers on the New York Times, during which multiple high-level Times reporters’ passwords were stolen using sophisticated infiltration techniques, The Onion would like to once again affirm our commitment to providing the Chinese government with our employees’ passwords and personal information with total and unquestioning cooperation.

As a billion-dollar multinational conglomerate and fellow global superpower, The Onion shares a special affinity with the guiding principles of The People’s Republic of China. Certified Organic Plant Growth Products - Worm Power. Panera Sandwich Chain Explores 'Pay What You Want' Concept : The Salt.